This year’s World Metropolitan Day celebrations provided us with a chance to consider the challenges and opportunities facing metropolitan governments in addressing the current world crisis. Under the slogan Metropolises facing the pandemic, a wide range of government representatives, multilateral institutions, urban thinkers and civil society organisations from around the world joined this year’s campaign, organised by Metropolis and UN-Habitat under the framework of Urban October.

Over 27 institutions and local governments joined the celebrations, which have sparked 18 initiatives on the metropolisation phenomenon around the world over the last few weeks, most of them virtual events. More than 30 members of Metropolis have taken part in the activities, which culminated in a virtual event co-hosted by both organisations on World Metropolitan Day, ‘Metropolises facing the pandemic’.

“The pandemic is a global phenomenon that, first and foremost, has a local response.”, Luz Amparo

From Latin America we moved to Africa, where UCLG Africa organised a debate titled ‘Covid-19 and Metropolitan Management: Lessons Learned from the Global Health Crisis’, bringing together a wide range of African metropolises such as Addis Ababa, Abidjan, Tunis, Rabat, Bangui, Bamako, Brazzaville, Antananarivo, Harare, Douala, Niamey and Victoria, as well as representatives from Madrid and Belo Horizonte. During the debate, participants had the opportunity to explain what local policies have been implemented to tackle the Covid-19 pandemic. As Vincent N’Cho Kouaoh, Deputy Governor of Abidjan (Ivory Coast), Regional Vice-Presidency of Metropolis, asserted, “this debate allows us to share the challenges faced by metropolises during this crisis and to prepare for the situation post-Covid”.

“Participatory democracy is not a starting point or a goal, but rather a mechanism that allows us to create open, supportive and inclusive metropolitan spaces that take into account the will of citizens”, Octavi de la Varga

One of the topics that was addressed throughout the events was participatory democracy. For instance, the event ‘Participative democracy in the framework of the new governance for human, sustainable and inclusive development’ was an opportunity for Barcelona, Córdoba, Madrid and Montréal to share and exchange successful experiences of citizen participation in their respective metropolises. 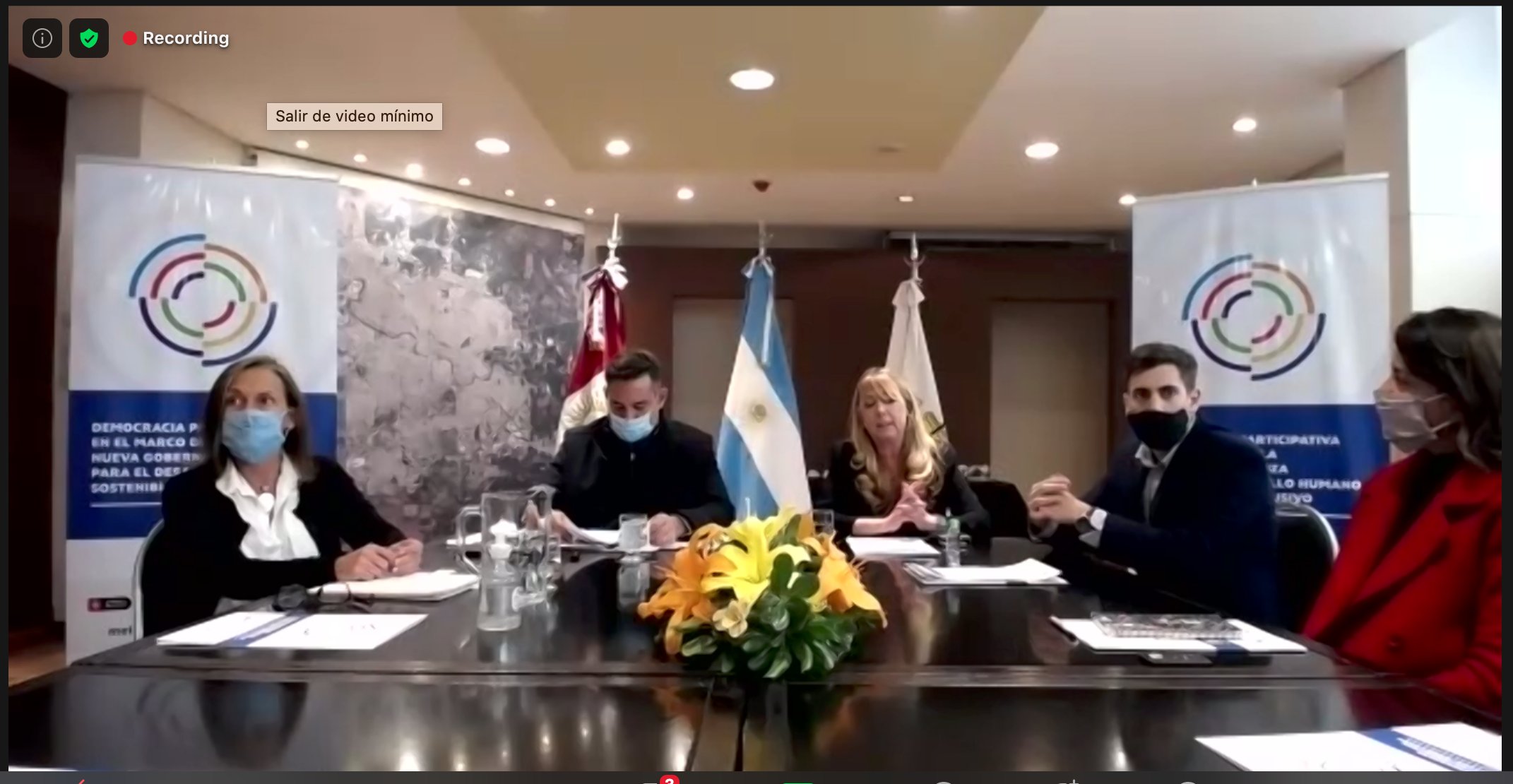 This virtual meeting was also an opportunity to present the Metropolis pilot project Participatory Democracy, with the objective of increasing the institutional capacity of metropolises to build more cohesive and inclusive cities. As Octavi de la Varga, Metropolis Secretary General, stated:

“Participatory democracy is not a starting point or a goal, but rather a mechanism that allows us to create open, supportive and inclusive metropolitan spaces that take into account the will of citizens.”

One of the other topics discussed during the meetings was recycling. During the event ‘Reflections on recycling in metropolitan areas’, the City of Buenos Aires presented a number of different initiatives carried out to work collaboratively with multiple actors and perspectives on the problem of waste and recycling. In addition, during the virtual debate ‘From the Barcelona of the 15' to the Catalonia of the 45': rethinking the metropolis’, organised by the Barcelona Metropolitan Area (AMB), participants discussed the combination of urbanisation, climate change and territorial balance as one of the great challenges facing metropolises in the coming years.

“For there to be peace there cannot be violence, because that would mean forgetting our citizens”, Manuela Carmena

Likewise, the World Forum on Cities and Territories of Peace, hosted this year by Mexico City, also joined the World Metropolitan Day celebrations. The event ‘Heading to the Cities and Territories of Peace Forum’ counted on participation from Madrid, Bogotá, Montréal and Guangzhou to promote the values of peacebuilding and coexistence in a more effective and efficient way, in order to implement public policies, programmes and citizen initiatives to help build culture and education for peace. Manuela Carmena, Former Mayor of the city of Madrid, declared: “For there to be peace there cannot be violence, because that would mean forgetting our citizens.” From Colombia, Vladimir Rodriguez, High Counsellor for the Rights of Victims for Bogotá, added that “Four years ago we reached a peace agreement. The agreement has allowed us to learn the importance of integrating the concept of violence in urban transformation.”

"I hope that through active urban diplomacy between cities and metropolises, we will be able to overcome Covid-19 by making joint decisions and sharing knowledge”, Pirouz Hanachi

During these celebrations we have sought to connect metropolitan areas, an idea that was also reflected by Valle de Aburrá, Rosario, Quito, and Guadalajara. In short, we have generated a worldwide debate in order to rethink metropolitan spaces and respond to the aforementioned questions, even in video format, such as the talk given by the Municipality of Tehran. “I hope that through active urban diplomacy between cities and metropolises, we will be able to overcome Covid-19 by making joint decisions and sharing knowledge”, Pirouz Hanachi, Mayor of the Municipality of Tehran noted.

Other cities such as Johannesburg, Barcelona and Jakarta also produced videos for this campaign, shared via the USE platform, making some key declarations: “I think one of the key learnings is that as governments—including city governments and metropolitan governments—we really need to be ready, not getting ready”, highlighted Kate Joseph, municipal employee and Research Specialist at the City of Johannesburg’s Strategy and Relations Unit.

Last but not least, the academic sector also contributed to this worldwide celebration. The University of Buenos Aires offered an open class on the latest advances and proposals in metropolitan planning. “The role of local and regional governments is crucial in terms of the impact it has on the quality of life of citizens”, stated Eduardo Rojas from the University of Pennsylvania during the class.

You can check out the events mentioned in the article and the other activities here.

We hope to see you at the next edition of World Metropolitan Day!