Since 2018, Metropolis, has been organising World Metropolitan Day. The campaign promotes activities across the globe aimed at increasing awareness of the importance of the metropolitan scale, while proposing and trying to find solutions to global and local challenges. However, given that the world organises activities around a specific topic almost once every two days, according to the UN website dedicated to the 170+ official international days celebrated under its umbrella, it’s easy to ask yourself why we need to organise yet another international day.

The scope of topics is broad: from the International Day of Women and Girls in Science (11 February), to Micro-, Small and Medium-sized Enterprises Day (27 June) and including World Cities Day (31 October). The UN understands that international days are an opportunity “to educate the general public on issues of concern, to mobilise political will and resources to address global problems, and to celebrate and reinforce achievements of humanity”. From this same understanding, Metropolis celebrates World Metropolitan Day on 7 October as a commemoration of the signature of the Montréal Declaration on Metropolitan Areas in 2015, under the framework of preparations for the Habitat III conference in Quito.

"Now more than ever, urban spaces and the metropolitan scale are playing a central role in proposing solutions to the complex situation our societies are facing"

The answer to the question of why this international day needs to be organised is quite simple, but not simplistic: now more than ever, urban spaces and the metropolitan scale are playing a central role in proposing solutions to the complex situation our societies are facing. One such example is how the global crisis caused by COVID-19 has stoked public debate surrounding how our cities have been built and designed, the kind of policies that can ensure a healthy and inclusive way of life for everyone, and the critical importance of jobs in the care sector that support life in our cities—an industry that is largely female.

This year’s World Metropolitan Day campaign was co-organised with UN-Habitat and culminated in a virtual event co-hosted by both organisations under the theme “Metropolises facing the pandemic”. During the day, the objective was to increase awareness of the importance of the metropolisation process that is taking place in every country, its impact on quality of life, and the importance of dialogue between all the metropolitan stakeholders and actors to build inclusive urban spaces.

Overall, this year’s campaign included almost 20 activities that encouraged discussions about the importance of metropolitan leadership and how collaboration and innovation are part of the solutions to global and local emergencies.

Metropolisation, a phenomenon with a year-round impact

Although World Metropolitan Day is one of the most important days on the calendar for Metropolis, our work aims to have a year-round impact on the most important aspects of metropolitan dynamics. For example, in response to the global crisis, we launched Cities for Global Health last March, together with UCLG and AL-LAS and with support from Barcelona city council. This online platform allows cities, no matter their size or region, to freely and easily share what they are doing to respond to the COVID-19 crisis. Today, more than 100 cities from 34 countries have shared a total of 650 initiatives.

Another ongoing example of our work is the Call to Rethink our Metropolitan Spaces, which was recently launched by the Metropolis Presidency and Co-Presidencies. It has been endorsed by more than 25 cities and global institutions. The initiative is a call to action for local and regional governments, institutions, and urban leaders interested in how they can create more inclusive, democratic, sustainable, and egalitarian metropolitan spaces.

In addition, regarding our commitment to knowledge sharing, we launched the Urban Sustainability Exchange (USE) in 2014, an online platform and Metropolis initiative led and co-founded by the City of Berlin. The USE is dedicated to promoting sustainable urban development, and showcases successful programs, projects, and policies, connecting citymakers who work in this field.

"We are fully convinced that if World Metropolitan Day did not already exist, now would be the time to invent it"

The question posed at the beginning of this article, about the reasons for creating a new international event in an already packed calendar, probably has no direct answer. However, with the growing importance of metropolitan spaces in proposing solutions and innovating in urban policies, we are fully convinced that if World Metropolitan Day did not already exist, now would be the time to invent it. 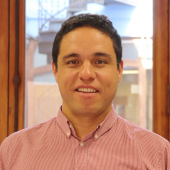