Jensen Walker/Getty Images for Save the Children

Over recent weeks, global institutions, scientific bodies, experts and media outlets have had much to say about the state of the planet and the climate crisis. Meanwhile, extreme weather events have caused extreme heat and catastrophic floods across China, the US, Europe and Africa—illustrating the multifaceted links between public health and the climate crisis. The picture is grim. The UN has issued a “code red for humanity”. The latest IPCC report highlights that many changes are now irreversible for centuries or millennia. It warns that further global warming and carbon emissions will intensify the variability and severity of wet and dry events. More than 200 of the world’s leading medical journals urge leaders to “stop the greatest threat to public health” as a 1.5°C increase and continued biodiversity loss pose catastrophic and irreversible harm to human health. A new global survey, the largest of its kind, has illustrated the severe anxiety many young people have in relation to climate change, including the inaction of governments and industries in dealing with the climate crisis.

This comes on top of handling the impact of Covid-19, the tiny virus that has shaken the entire world, including urban planning. Some see the pandemic as an opportunity to take city space away from cars, and redesign cities for future pandemics. In the evolution of human settlements, disease outbreaks have fundamentally changed the way we design, plan and manage cities. Others, meanwhile, are reminded of the need to integrate health and equity in planning, investment and policymaking.

At the onset of the pandemic, a landmark report (18 Feb 2020) by the WHO-UNICEF-Lancet Commission found that “No single country is adequately protecting children’s health, their environment and their futures”. Since then, Covid-19 has accentuated pre-existing threats and inequality.

This decade provides a critical opportunity to make the health of people and the planet possible.

We are now one month before what should be a pivotal COP26. We believe that the COP26 will be a critical moment to agree on and develop a roadmap for profound changes and bold decisions. This decade provides a critical opportunity to make the health of people and the planet possible. People are the most important asset of our cities and metropolitan areas. The health and wellbeing of all our citizens and their living environments needs to be at the heart of urban and regional planning and action.

One of these catalysing and impactful areas is water. Sea level rises, floods and water scarcity will only get worse, as highlighted by the IPCC. Water is also a very precious resource and a key health concern tied to the climate crisis.

In 2014, China launched an ambitious national initiative called ‘Sponge Cities’ which aimed to reuse at least 70% of rainwater in its cities by 2030, and to integrate the concept in urban and regional planning. Urban sponges capture, store, filter, purify and reuse rain, while improving community health, economic prosperity and ecological quality. As an experiment to mitigate urban flood risk caused by climate change, mangroves were restored in the tropical high-rise city of Sanya. The method is now also used in Chinese cities with 10 million inhabitants. In Qian’an, the Sanlihe Greenway corridor, designed by Turenscape, shows how a heavily polluted landfill and sewerage drain can be recovered as ecological infrastructure and a landscape for everyday use. With paths for pedestrians and cyclists, the area now reconnects all the communities along the river with nature and each other. This ‘designed ecology’ is here to guide rapid urban development. These strategies for resilience provide multiple benefits: increased biodiversity, ecological services for society, and productive and natural landscapes for community health, wellbeing and identity. Their low cost, low maintenance, short implementation timeframe (1 to 3 years) and fundamental transformative character at a metropolitan and regional scale makes them an example for the urgent changes required today.

Chennai, one of the world’s wettest major cities, recently ran out of water. A few years earlier, hundreds were killed and millions forced to leave their homes in floods caused by heavy monsoons. Urbanisation and poor planning can cause floods, water scarcity and pollution, with problems for access to drinking water and sanitation, leading to ill health and deaths. Now the government is taking a new approach. The ‘City of 1,000 Tanks’ initiative brought together expert minds in a multi-disciplinary planning team to address these triple challenges through a metropolitan vision in a blue-green network of traditional temple tanks and new tanks connected via cleansing channels, an incremental approach, and decentralised nature-based solutions (NBS). This allowed flexibility and inclusive processes such as active engagement with women and children from slums when developing guidelines.

In Flanders, the ongoing citizen science project ‘CurieuzeNeuzen in de tuin’ (curious noses in the garden), the successor to the award-winning project measuring air pollution, involves thousands of enthusiastic citizen scientists mapping heat and drought in very high detail. The internationally unique large dataset will make it easier to identify the factors responsible for heat and drought. With the recent disastrous floods in Belgium, it picked up some initial insights in on how and to what degree gardens, school playgrounds, parks and farmland with different soil types and geographical positions can act as mini sponges, as well as their relevance for groundwater and why one green patch is cooler and drier than its neighbour.

“The world is failing. No single country is adequately protecting children’s health, their environment and their futures”. This is the chilling message of a key landmark report published in February last year by the WHO-UNICEF-Lancet Commission that unfortunately remained under the radar because of the Covid-19 outbreak.

The world is also unequal and inequitable, with children’s futures more at risk when they are girls or from slums or poor neighbourhoods.

The world is also unequal and inequitable, with children’s futures more at risk when they are girls or from slums or poor neighbourhoods. For example, from the age of 8, 80% of public spaces are dominated by boys, with girls feeling significantly more excluded. The difference in life expectancy between two neighbourhoods in Chicago can be 14 years, with some neighbourhoods deprived of fresh food or green areas to play in. Even talking about matters as trivial as toilets is something overwhelming in India. We cannot expect open defecation and the associated consequences—environmental contamination, the particular impact on young women’s health and the implications on education and loss of productivity—to be eliminated simply by providing toilet facilities, despite immense support and resources from the Government of India. Covid-19 has also amplified spatial and health inequities.

The environment in which we live, work, move, play and grow affects our health and wellbeing. Accordingly, how we design this environment affects our health and wellbeing. With most cities in the past and present planned by and built for healthy, able-bodied, middle-aged men in mind, we need to radically question and rethink for whom and what everyday places and metropolitan spaces are for. Who do they serve? And are we making them better for our children and future generations? The first 1,000 days of life are most critical, as they lay the foundation for lifelong health, well-being, and prosperity. Adolescence is a second critical window, with teens developing physically, socially, and mentally. The urban population is growing younger (60% are expected to be under 18 in 2030). Air pollution is having a greater impact on the young, while urban child obesity and mental health issues are on the rise, both due to the pandemic and climate change. There is a lot at stake.

Imagine if we planned and designed cities with and for children and teens, especially girls. This would also mean designing cities for and with caregivers (mostly women) and pregnant women (in mind), as 0–5-year-olds are dependent on their health and wellbeing.

For example, an informal settlement in Cape Town is working together with young people, through dialogues with girls, allowing informal sports in upgraded public spaces around activity hubs, and creating safe routes to address gang violence. Urban95 interventions have co-created child priority zones with pregnant and breastfeeding moms, caregivers and youth through tactical urbanism using paint and flowerpots in Bogotá's at-risk neighbourhoods to inform city-wide policy. This is creating healthy responsive connections between babies and their caregivers, and a support network of wellbeing among young parents and caregivers.

Seeing children as allies and future custodians is another key element to metropolitan transformation.

Tirana’s mayor also structured a grand vision for urban change around children, encouraging greater wellbeing for young children and their caregivers. Translating that vision into the built environment means for example giving more street space to non-car owning citizens (such as babies, toddlers, teenagers and seniors), changing the distribution by introducing cycling to 3-year-olds. This also meant increasing and distributing green public play areas and essential services across the city’s different neighbourhoods. This involves decarbonising streets, encouraging more active lifestyles, democratising space and increasing spatial equity. For caregivers (the majority of them women), cycling allows them to carry out numerous tasks while still engaging in positive connections with toddlers and sharing sensory experiences, important elements for healthy early childhood development. At ISOCARP’s most recent World Planning Congress ‘Post-Oil City’, Deputy Mayor of Tirana, Anuela Ristani, said that even during lockdown the new pedestrianised public spaces allowed for safe physical distancing while continuing to socialise, exercise, play and buy fresh products—all outdoors. Proving benefits for the resilience and wellbeing of all. The pandemic also allowed pavements to be widened (doubling their width), while bike lanes were added at a much faster pace than before. Seeing children as allies and future custodians is another key element to metropolitan transformation. The idea is that ‘’kids born today will be planning and managing our cities by 2050’’.

We can only have truly healthy people and environments when planning is inclusive and equitable. The youngest members of society and their caregivers (mostly are women), as well as teenagers, are a key place to start. Everyone, both now and in the future, and the climate, will benefit.

The pandemic has ignited the need to acknowledge and fuel planning for healthy spaces and communities—for the people and the planet. Now more than ever, we need to integrate health and equity in planning, investment and policymaking. What would your next step be?

Elisabeth Belpaire is an urban and spatial planner, and engineer architect, with over two decades of experience at multiple scales, across the diverse contexts of Europe, Balkans, Asia, Middle East, Latin-America and Africa. She’s committed to advancing change at the intersection of urban planning with health, climate change, young people, and equity. Member of ISOCARP’s board & Executive Committee and co-creator of its Community of Practice on Urban Health.

Mahak Agrawal works at Columbia's Center on Global Energy Policy on the Carbon Management Research Initiative. Trained as an urban planner, she supports the Switzerland-based ITA Committee on Underground Spaces in expanding the network and perspectives associated with underground spaces. For her works on water and sanitation in India, Mahak is nominated to the 2021 Goalkeepers Global Goals Award felicitated by Bill & Melinda Gates Foundation. In various capacities, Mahak has worked with the International Society of City and Regional Planners, Hague; Intergovernmental Panel on Climate Change, Town and Country Planning Organization, Government of India; Institute of Transport Economics, Oslo; ISOCARP's Community of Practice on Health. In her spare time, Mahak experiments with sustainable artworks showcasing the cultural heritage of India and tales of environmental challenges. Presently, she is exploring the power of art therapy in COVID-recovery with her mum.
Author 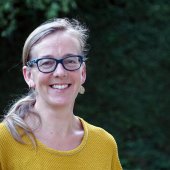 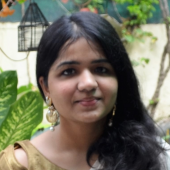