Photo by Mercedes Mehling on Unsplash

As the first-ever diversity secretary employed by the city of Montevideo, Andrés Scagliola spotted a problem nobody else in government was seeing. He noticed how the municipality’s social programmes often broke down residents into separate categories: Accessibility policies for persons with disabilities, for example, or cultural funding for Afro-descended people.

Scagliola felt this approach was missing something. By reducing people to a single identity marker, such as their age, race, sexual orientation, disability or refugee status, the city was neglecting the overlap that so often exists between those identities. In other words, one can be both elderly and gay, or a child and a refugee — and these lived experiences create their own unique challenges around which city hall can craft public policy.

Since 2015, Scagliola has been steadily encouraging Montevideo’s municipal government to take a more nuanced approach, known as intersectionality. What’s more, he’s tapped into expertise and insights on how other cities around the world have adopted this lens, via Montevideo’s membership in Metropolis. Through a Metropolis program called “Pilot Projects”, he pulled together his counterparts in Barcelona, Berlin, Bogotá, Buenos Aires, Medellín, Mexico City and Rosario to identify and share best practices in intersectional municipal thinking around lesbian, gay, bisexual, trans and intersex (LGBTI) residents.

In May 2018, the global team met in Barcelona, where they visited with a trans sex workers’ rights group. Five months later, they traveled to Medellín and met with LGBTI victims of Colombia’s armed conflict living in one of the city’s informal settlements. Last year, they went to Berlin to talk with a number of intersectional social-services providers, including a multi-generational LBGTI retirement home.

Scagliola picked up loads of insights from these exchanges. “Seeing what can result from a much longer period of time dedicated to this work was very inspiring,” he said, praising the deep history of intersectional efforts in cities like Berlin. The LGBTI retirement home, for example, is the centerpiece project of Schwulenberatung Berlin, an NGO founded in 1982. The city’s partnership in that effort was another revelation for Scagliola. “Rather than provide services directly,” he said, “we should work with NGOs and social-service providers that are closer to their intersectional communities.”

After their visits, the global group of city leaders Scagliola convened came together to write “Intersectionality in Metropolitan LGBTI Policies,” a groundbreaking guide published by Metropolis in 2019. A first-of-its-kind document for Spanish- and English-speaking metropolitan leaders, the guide offers a practical breakdown of intersectional theory and how local leaders can put it to use. The publication has circulated widely through networks like Latin American Rainbow Cities. In Montevideo, it became the basis of a two-day course for city officials working on social programmes. 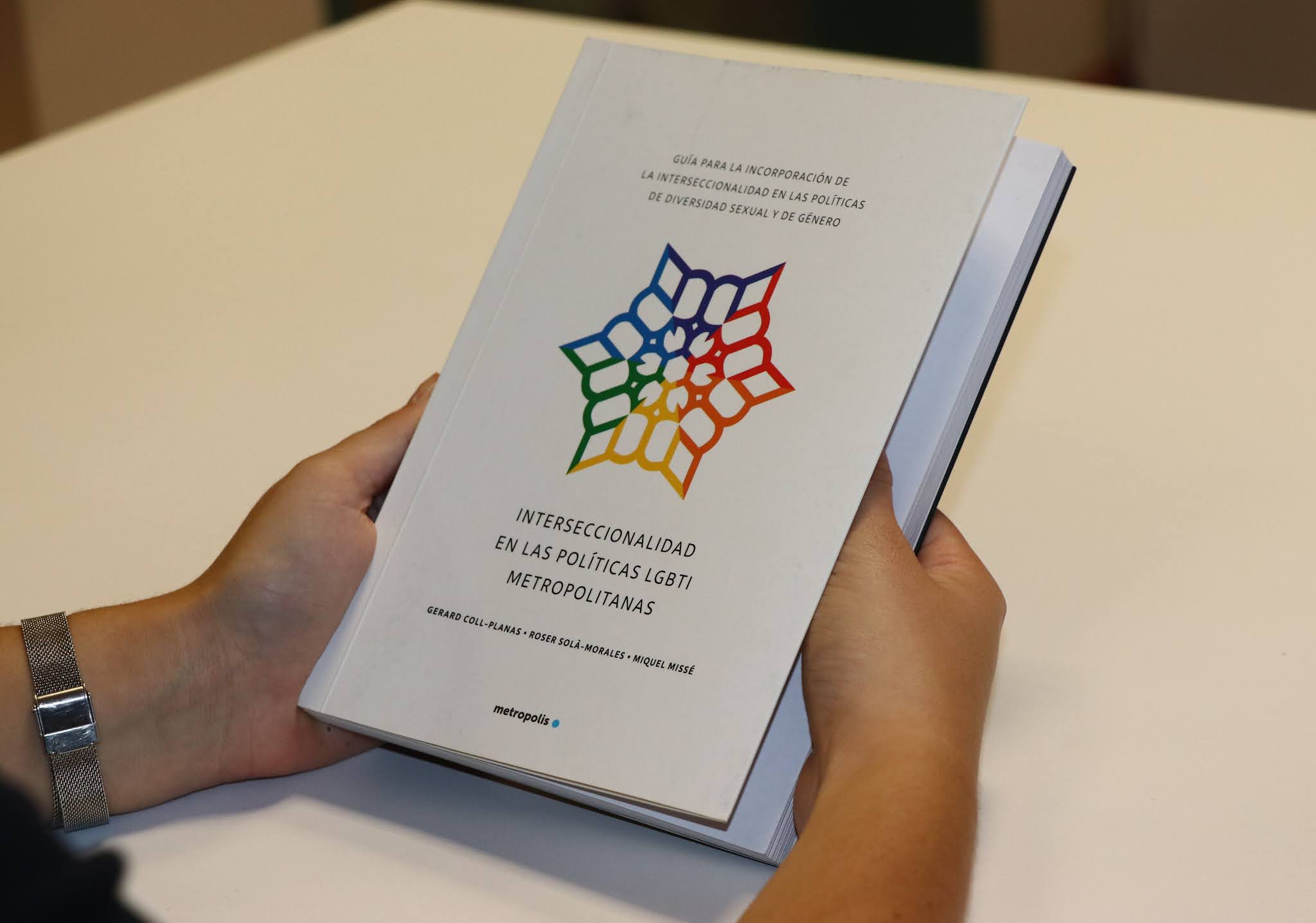 For Scagliola, the popular guide is the latest achievement in a distinguished public-service career. He was Uruguay’s first political figure to come out of the closet as gay in 2011. He was National Director of Social Policies when Uruguay became one of the first Latin American countries to legalize same-sex marriage in 2013, and he led the effort to create the country’s first LGBTI policy.

As part of his work, he strived to change the government’s mindset from one strictly focused on poverty alleviation to a broader notion of what constitutes “social development,” such as alleviating discrimination based on race, ethnicity, national origin, and sexual orientation. In 2014, he first heard the term intersectionality. It resonated with him.

“It put a name to something that I already knew intuitively,” says Scagliola, who had been frustrated at the tendency for public policy to reduce people to categories, like programmes that serve only people below the poverty line or policies targeted only at people above a certain age. “When you oversimplify, you lose the complexity of people,” he says. “People are poor, yes, but they are also Afro-descended, LGBTI, or immigrants. You can’t work with idealized types of what a poor person or a migrant is. What if you are all of those things?”

Scagliola moved from national to local government in 2015 to launch the new Diversity Secretariat, a pioneering city office that builds on Montevideo’s reputation for social tolerance. Intersectional theory influenced his thinking about who this office would serve and how.

In 2017, Scagliola’s office hosted a yearlong series of public dialogues meant to explore the intersections of LGBTI identity and other identities. One brought together Afro-descended LGBTI residents to discuss ways of combating homophobia and racism from within each of those two communities.  “We began creating visibility about how these inequalities cross each other and then coming up with a small agenda,” he said. One small but significant win came when a dialogue with the disabled community led to a successful push to invent the first-ever Uruguayan Sign Language gesture for the acronym LGBTI.

Last year, Scagliola’s office launched a challenge for residents to come up with ideas that demonstrate intersectional thinking. Projects that won $3,000 grants included a book for lesbian elders and a program supporting the development of youth sports for trans kids.

Through such efforts, Scagliola does not see an atomizing of identity but rather more solidarity between identities. “Intersectionality does not generate micro-identities,” he says. “It generates alliances between social movements to fight against inequality.”

A perspective that views the social position of individuals as the product of the interaction of several axes of inequality, which, at the policy level, requires to abandon a monofocal approach and seek out more complex forms of addressing inequalities.