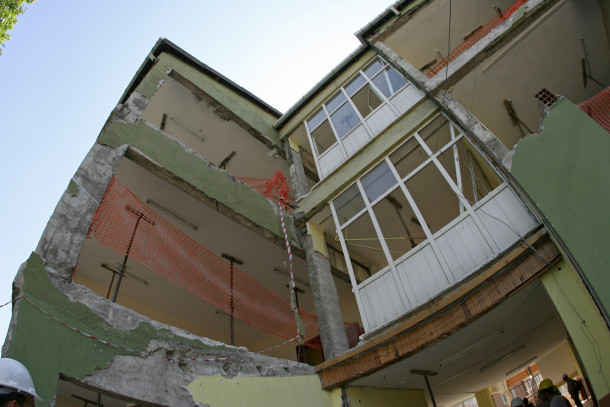 How to make metropolitan spaces resilient

Resilience is the capacity of individuals, communities, institutions, businesses, and systems within a city and region to survive, adapt, and grow no matter what kinds of stresses and acute shocks they experience. Resilience requires cities and regions to take transformative action to improve, in both the short and long term, and allow them to not only endure, but thrive, in good times and bad. These transformative actions can only arise when cities reframe their challenges and opportunities to reflect the dynamics of the entire urban ecosystem.

To highlight the challenges and threats that cities need to tackle in order to remain economically, socially and disaster resilient, Metropolis—jointly with SHRDC, UCLG and UCLG ASPAC—organised a three week-long online training programme titled ‘Resilient City’.

Under a self-paced learning methodology through video lectures with three live online sessions, participants were able to explore the topic at their own pace, while also having the opportunity to engage in discussions, reflections, and sessions with their peers. This type of learning is becoming increasingly popular as the education world shifts from the classroom to the internet, especially due to the outbreak of Covid-19.

Among the thirty-six local officials who took part in the course, twelve are representatives of Metropolis members: Antananarivo, Cairo, Douala, Johannesburg, Lisbon, Montevideo and Tehran. The three live webinars were an opportunity for participants to share their experiences on resilience and learn how to build more resilient metropolitan spaces. 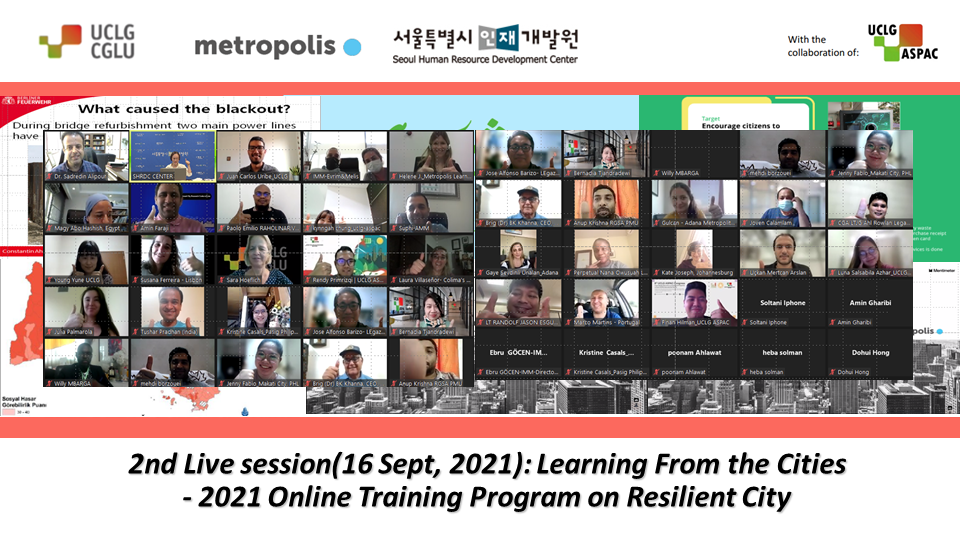 UCLG organised a role play activity based on its “Resilience Learning Module: Fundamentals of Resilient Governance and Development” and in the second session, together with SHRDC and UCLG ASPAC, they used a game focusing on another aspect of resilience—social resilience.

Indeed, it is not only urban spaces that need to be resilient. People, and above all communities, are part of a system and, as such, must have the capacity to respond to any adversity that affects the group at the same time and in a similar way, while developing and strengthening the resources they already have, in order to reorganise themselves. A clear example is the Covid-19 crisis, which has brought challenges to people living in our cities and has increased resilience at both an individual and a community level.

The Metropolis-led webinar was opened by Hélène Jourdan, Learning Officer at the Metropolis Secretariat General, and invited three members (Berlin, Istanbul and Tehran) to share their experiences with course participants, as well as providing resources to help create policies for a more resilient metropolitan space.

Constantin Ahrens, Liaison Officer to the Berlin fire brigade, presented the case of the Blackout in Köpenick, an emergency caused by an accident at a construction site that deprived the entire city of Berlin of electricity for more than 30 hours and left tens of thousands of Berliners in the dark.

Sadredin Alipour, CEO of Waste Management Organisation in Tehran, focused his presentation on another aspect of resilience, waste management.

In Tehran, a great effort has been made not only to provide the population with adequate containers for proper waste separation, but also to set up recycling stations. In addition, an innovative collection service for medical, construction and business waste has been implemented to provide an efficient waste collection service. One of the innovative aspects of Tehran's approach to recycling is how service provision is monitored.

The last speakers, Melis Cevatoglu Bayrakli and Evrim Yavuz, both Senior Geophysicists, presented the work being carried out by the Directorate of Earthquake and Geotechnical Investigation in Istanbul, which was founded in 1994, as the city is in an area prone to earthquakes and tsunamis. In 1999, the Izmit area suffered one of the biggest earthquakes ever to have occurred in Turkey, and in 2011, Istanbul was also hit.

One of the consequences of earthquakes in the region is tsunamis, and the Directorate of Earthquakes has worked to create an action plan so that the population knows how to react and where to go in the event of a warning.

An important focus of the work carried out by this entity is mapping areas that need be regenerated, in order to make the city more resilient and less susceptible to risk.

Thanks to excellent moderation work by Juan Carlos Uribe, UCLG Learning Officer, the speakers answered multiple questions from course participants and the session was brought to a close by Bernardia Irawati Tjandradewi, UCLG ASPAC Secretary General, reiterating that, for UCLG ASPAC, resilience is a grassroots issue, and it is of the utmost importance to include it in local agendas.

See the results of the interactive session here.