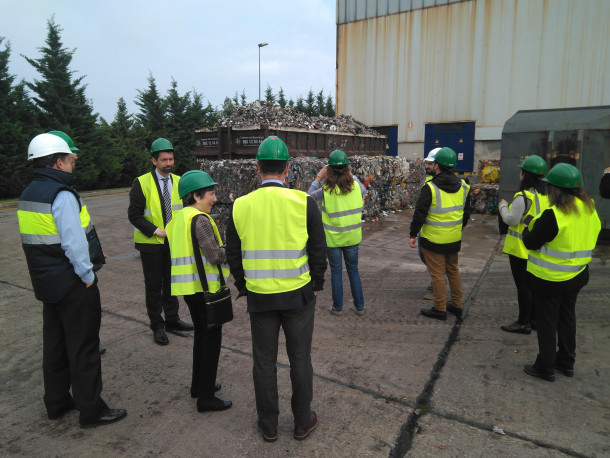 Finance and executive directors of metropolises from Europe and the Americas met in Barcelona this November to discuss and learn from on-the-ground experiences about how to finance metropolitan services and infrastructures. Among the different perspectives debated, city managers and invited experts agreed that metropolitan areas should have greater fiscal autonomy than other urban or rural areas, in accordance with their greater responsibility for the delivery of public services and with their greater ability to levy taxes.

The process of metropolization of the planet, with more than 40% of the global urban population already living in metropolitan areas (and prospects of at least 2,200 million more metropolitan dwellers by 2030) is entailing significant economic transformations, and the 300 largest metro economies account for almost half of the global. The metropolitan territories concentrate great economic forces, but at the same time are spaces of severe inequalities. How to build metropolitan finances that adapt to the functional urban environment, providing the necessary infrastructures for economic development while delivering the public services that citizens need? How to manage the externalities that arise from the strong economic role of metropolitan spaces, such as mobility challenges, pollution and socio-spatial fragmentation?

In order to discuss these issues with the people who manage metropolitan spaces on a daily basis, Metropolis organized the third edition of "City Managers Days” in Barcelona under the title: "Finances: the backbone of metropolitan governance". The activities started with a side event in the framework of the Smart City Expo World Congress, on November 14. This event served as the occasion to present the 6th issue paper of the Metropolis Observatory collection: “Financing metropolitan public policies and services”. 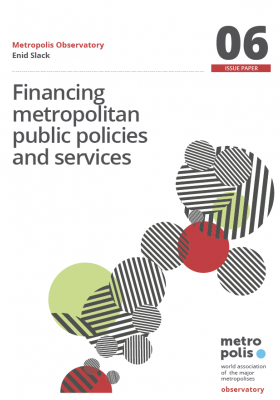 The author of the publication, Dr. Enid Slack, professor at the Institute on Municipal Finance and Governance at the University of Toronto, evidenced the challenges encountered by metropolises to finance various public policies and services, such as unclear divisions of responsibilities and lack of competence, not to mention the lack of funding itself. She advocated more fiscal autonomy to metropolitan authorities, to build on their greater ability to levy taxes: “The design of efficient metropolitan structures is fundamental to build an appropriate financial ecosystem”, she stated. Mr Antti Moisio, invited speaker from the Observatory of Subnational Governments in Finance and Investment of the OECD, also pointed out "the need to define a clear and efficient financing model for subnational governments, so that they in turn can build quality public services".

As part of the discussions around revenue sources for the metropolises, experiences such as public-private partnerships (PPP), bond issuance and trust funds were also mentioned  as mechanisms that local governments can explore as funding avenues, depending on the framework of the fiscal autonomy of each metropolis.

The government of La Paz, represented by its municipal secretary of finance, Ms Mabel Vargas, gave the example of how it is possible to locally issue public debt bonds to finance public projects, thanks to its fiscal autonomy. The majority (about 80%) the total resources generated from this mechanism (so far, about Bs 310,000,000) are invested into “hard” services such as water, sewers, transit, and roads, while the remaining revenues (20%) are directed to “soft” services, such as social services, housing, education, and health.

Among other experiences highlighted during these City Managers Days were the alliances that the government of Montevideo established with the private sector. Mr Juan Voelker, director-general of financial resources of the city, explained how the collaboration with the private sector can benefit the development of quality urban projects that improve the connectivity of metropolitan territories, through trusts that ensure not only the construction of infrastructures, but also their subsequent maintenance.

Although  indispensable for leveraging resources for public services, these mechanisms must be carefully designed in order to prioritize citizens. According to the invited speaker from the IESE Business School, Mr Miquel Rodriguez, the main guarantee of success of any process of collaboration with the private sector is that the public sector does not lose control over the project.  Another roadmap to ensure that services provided through public-private schemes do not leave anyone behind is the alignment of policies with the Sustainable Development Goals.

During the afternoon of November 14, the Metropolitan Area of Barcelona (AMB) gave continuation to the City Managers Days activities, hosting an exclusive round table for 10 representatives responsible for the management of local and metropolitan governments, including the ones from La Paz and Montevideo mentioned above, and also Mr Ramon Torra, manager of AMB, Ms Ana Yanci Ortiz, responsible for the strategic management of San Salvador, and Jordi Martí, Manager of the Barcelona City Council.

The City Managers Days continued on November 15 with another visit to the AMB headquarters, where participants had the opportunity to attend a session of extensive and in-depth presentations about how the services of public transport and waste collection and management are financed and operated in the metropolitan area of Barcelona. Subsequently, the activities were concluded with a visit to one of the AMB’s waste treatment center (ECOPARC-1) to learn first-hand about the processes and operations of this public service through a public-private partnership.