Nearly two years on from the outbreak of the pandemic, it’s time to rebuild and rethink metropolitan spaces. Not everything can be solved locally, but large cities and metropolitan spaces have undoubtedly been at the forefront of handling the Covid-19 crisis and they are—or will be—on the front line of responding to complex emergencies like climate change. The health, social and economic problems left in the wake of the pandemic will shape a future of city transformation led by city-to-city dialogue and coordination and co-created with the participation of people with diverse needs, interests and visions.

“Children in particular are very knowledgeable about their environment, and local and metropolitan governments should make the most of and appreciate their curiosity, capacity for innovation and creativity to find solutions to present and future problems and challenges”, were the words that Marina Canals, General Secretary of the International Association of Educating Cities, chose at the inauguration of the 13th Metropolis World Congress, which took place from 8 to 13 November. 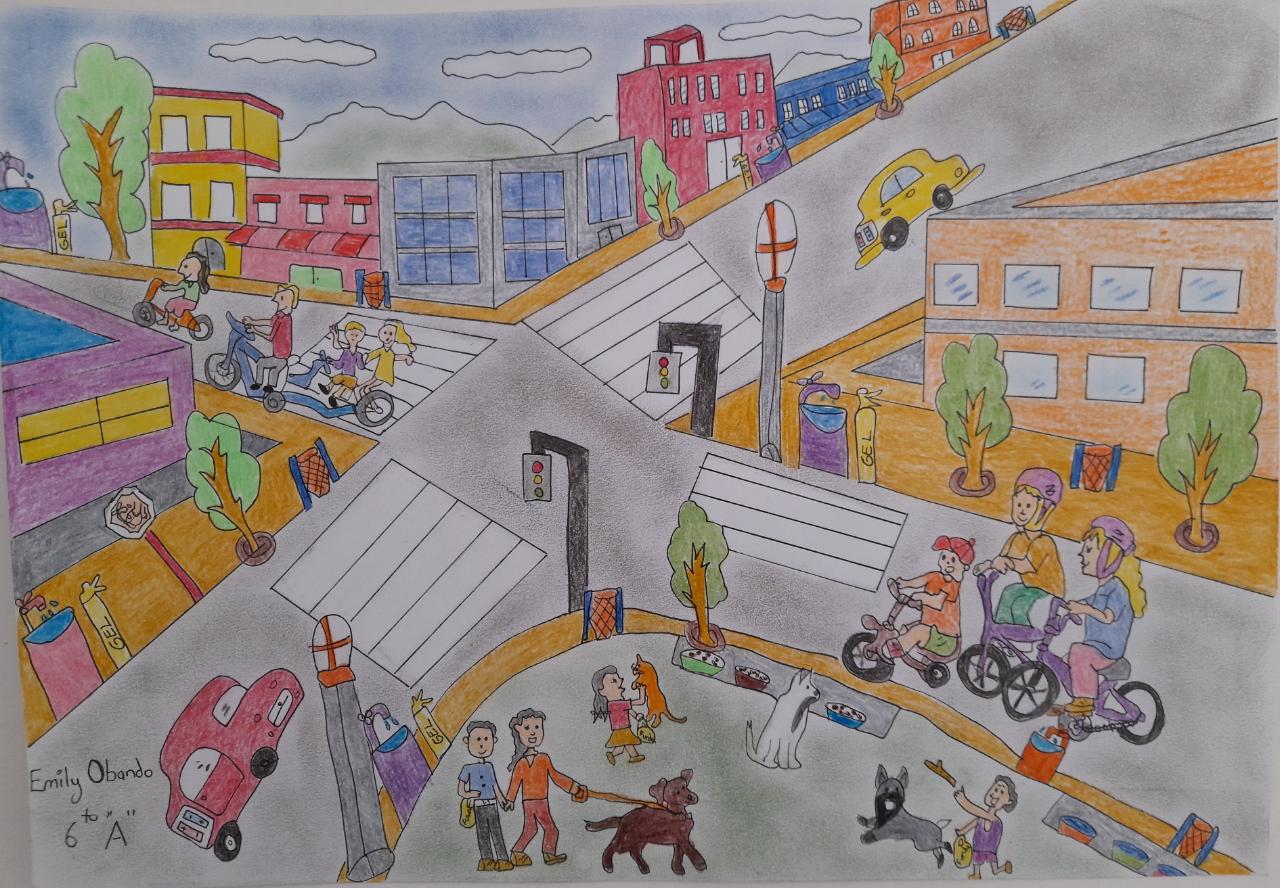 Representatives from Asia, Europe, Africa and the Americas, from different political, territorial and cultural backgrounds, put their heads together to reflect on “Novel solutions that can transform metropolitan spaces in the long term” during the congress. This year, the event was held in a hybrid format and was organised in collaboration with the city of Guangzhou, the Chinese People's Association for Friendship with Foreign Countries (CPAFFC), and United Cities and Local Governments (UCLG).

Insights, ideas, wisdom and consensus were presented over the course of a wide range of plenary sessions, sub-forums and presentations during the congress, never veering too far from children's imagination, as the Metropolis Through Children’s Eyes initiative showed. The winners were announced during the congress, and their drawings showed cities free of pollution and danger, where technology and nature help us to provide opportunities for everyone.

These discussions took place in a post Covid-19 era in which local leaders urgently need to promote sustainable urban development that translates into green, inclusive, innovative and resilient metropolitan spaces. These four approaches were exemplified during the congress through some of the innovative urban development solutions showcased at the 5th Guangzhou International Award for Urban Innovation. The award ceremony for the prize marked the conclusion of the 13th Metropolis World Congress. 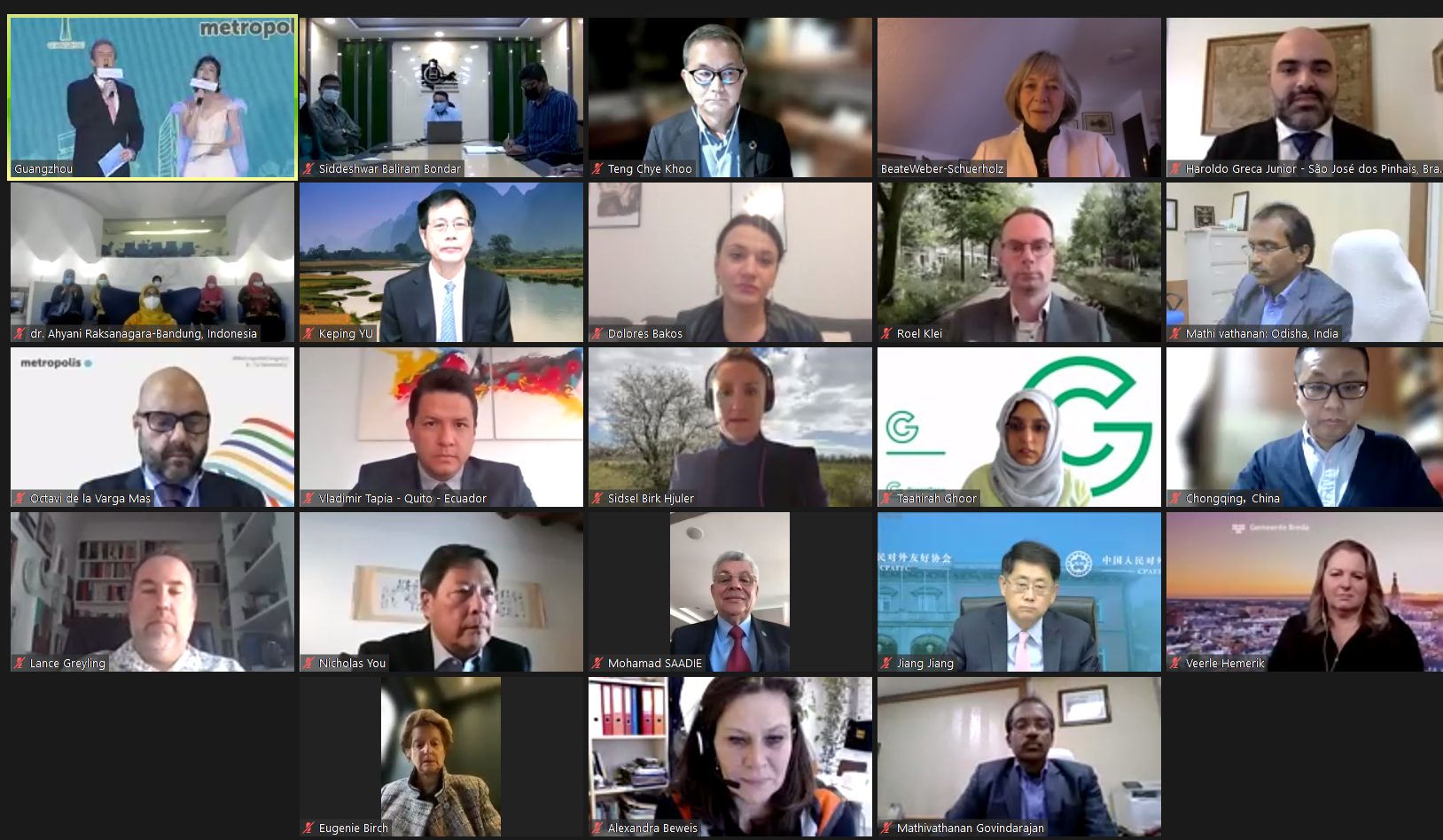 A strong example of environmentally and financially sustainable urban development practice is the Eco-Efficiency tool for the Metropolitan District of Quito that incentivises the construction of high-density green buildings on key transportation nodes, with provisions for affordable housing.

“Urban innovation is beyond technology. It is about solutions that take into account the knowledge of all stakeholders and provide cities with a high quality of life” - Octavi de la Varga

“Urban innovation is beyond technology. It is about solutions that take into account the knowledge of all stakeholders and provide cities with a high quality of life”, declared Octavi de la Varga, Metropolis Secretary General. This idea is embodied by Chongqing's '3-Level Emergency Mechanism' initiative to dispose of urban medical waste, which comes in response to growing urban medical waste as a result of the Covid-19 pandemic. The initiative offers a good model for the emergency disposal of medical waste, while improving urban resilience during a pandemic, and was brought about thanks to collaboration from many people: government officials, experts, technicians, medical staff, and volunteers.

This project, and other similar cases presented during the congress, introduce new forms of engagement and empowerment by highlighting the importance of including children, young people and women in all urban policy-making processes in order to build inclusive cities. “We must innovate and build resilient and inclusive governance systems to build safer cities that recognise diversity in their public policies”, declared Laura Pérez Castaño, Deputy Mayor of Barcelona City Council and President of Metropolis Women.

“It has been hard on younger generations from indigenous communities because they are not very used to this technology.” - Haroldo Greca

However, some of the barriers encountered by many of these innovative initiatives should not be overlooked, as pointed out by Haroldo Greca, civil servant from São José dos Pinhais, Brazil, while introducing the Digital Platform and Social Participation Campaign to Improve Public Health Response in the city. He went on to add that “New technology has supported educational efforts in the region to create awareness”, although “it has been hard on younger generations from indigenous communities because they are not very used to this technology.”

“No single actor can enforce resilience alone; it has to be a joint effort” - Nicholas You

In any case, there is no doubt that innovation-based approaches will help build urban resilience, not only to handle the Covid-19 crisis, but also to be better prepared for the future. One aspect that came through very clearly in the sessions is that resilience depends on partnerships, “no single actor can enforce resilience alone; it has to be a joint effort”, highlighted Nicholas You, Advisor to the Guangzhou International Award for Urban Innovation. This idea was well exemplified by the Municipality of Antananarivo, the Milan Urban Food Policy Pact to make the food system more sustainable, resilient and equal. 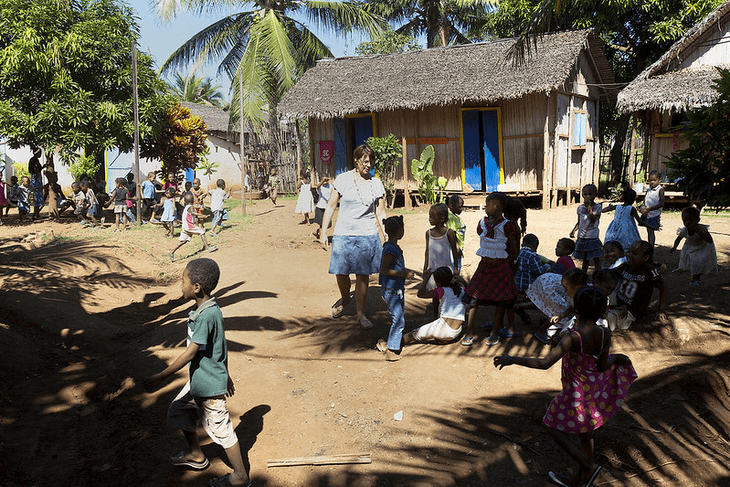 The metropolitan vision of the New Urban Agenda

Just like any crisis, the pandemic can act as a lesson in how to be responsive and resilient in an environmental crisis, and these cases show how collaboration beyond jurisdictional barriers is essential to address complex emergencies. “We need to work side by side to overcome obstacles together and move forward. Only with cooperation can we achieve a better future”, asserted Wen Guohui, President of Metropolis.

As Wen argued, cities are expanding and becoming more interdependent with other municipalities, rural outskirts and surrounding regions. As a result, “horizontal governance and better relationships with organisations are key to ensuring inclusion, connectivity between territories and to guarantee access to services and infrastructure”, said Carlos Martínez, Mayor of Soria (Spain) and UCLG Presidency Envoy for the New Urban Agenda.

“Strategic metropolitan urban planning is connected to metropolitan governance. They go hand in hand, and we should not forget that” - Octavi De la Varga.

This congress also offered the opportunity to discuss the challenges surrounding the metropolitan vision of the implementation of the New Urban Agenda, including territorial planning, governance and equality. “Strategic metropolitan urban planning is connected to metropolitan governance. They go hand in hand, and we should not forget that”, warned De la Varga. 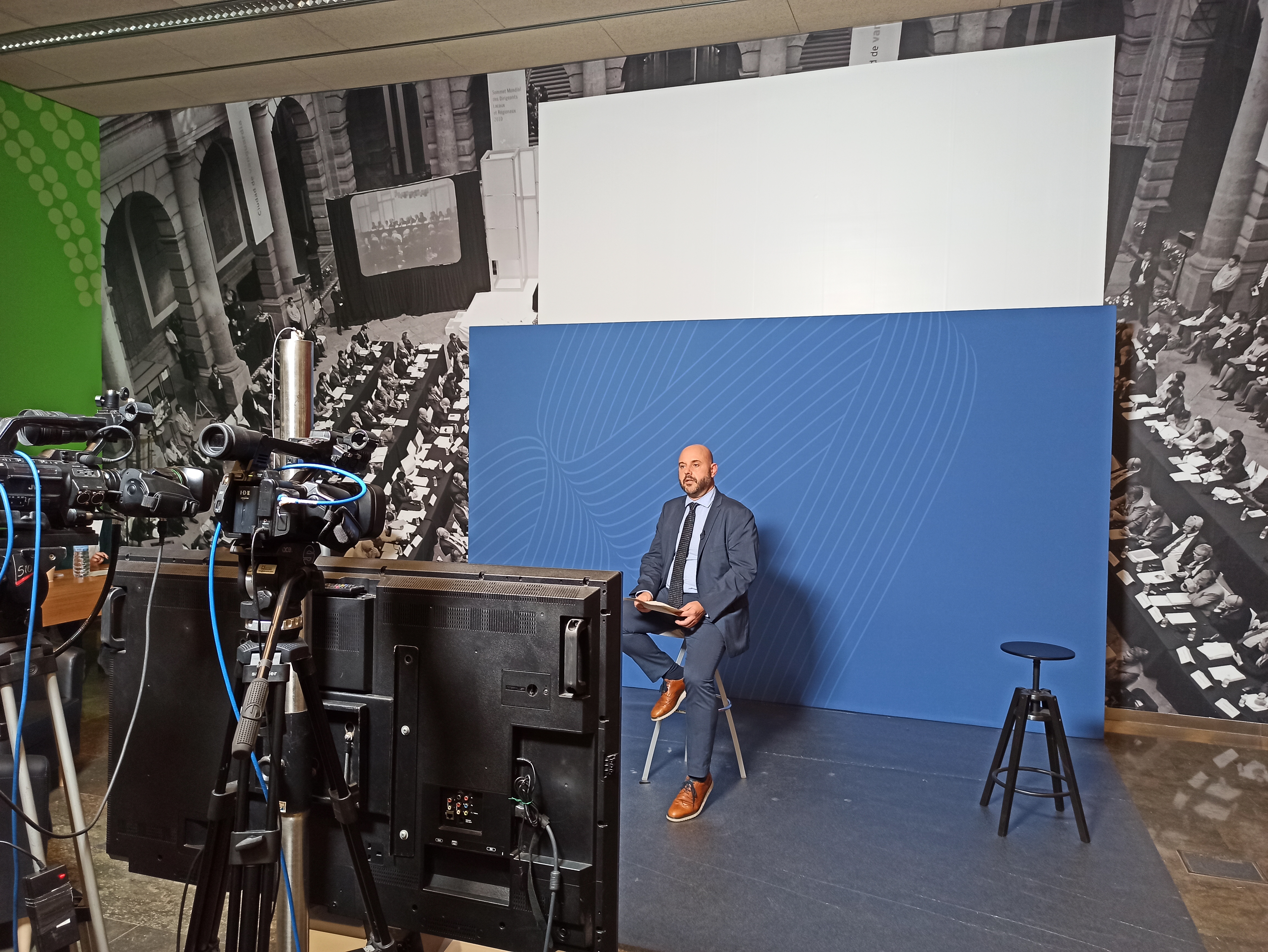 This reminder carries particular weight in Asia's vast metropolitan areas, which include some of the most densely populated large cities in the world. In fact, cities in Asia experienced a growth of 850% between 2015 and 2020. At the same time, these urban areas excel at metropolitan governance, but in many cases have less fiscal autonomy than their counterparts in other regions, as Dr Bharat Dahiya and Dr Mamta Dahiya, co-authors of the Asian Metropolitan report launched during the congress, explained. 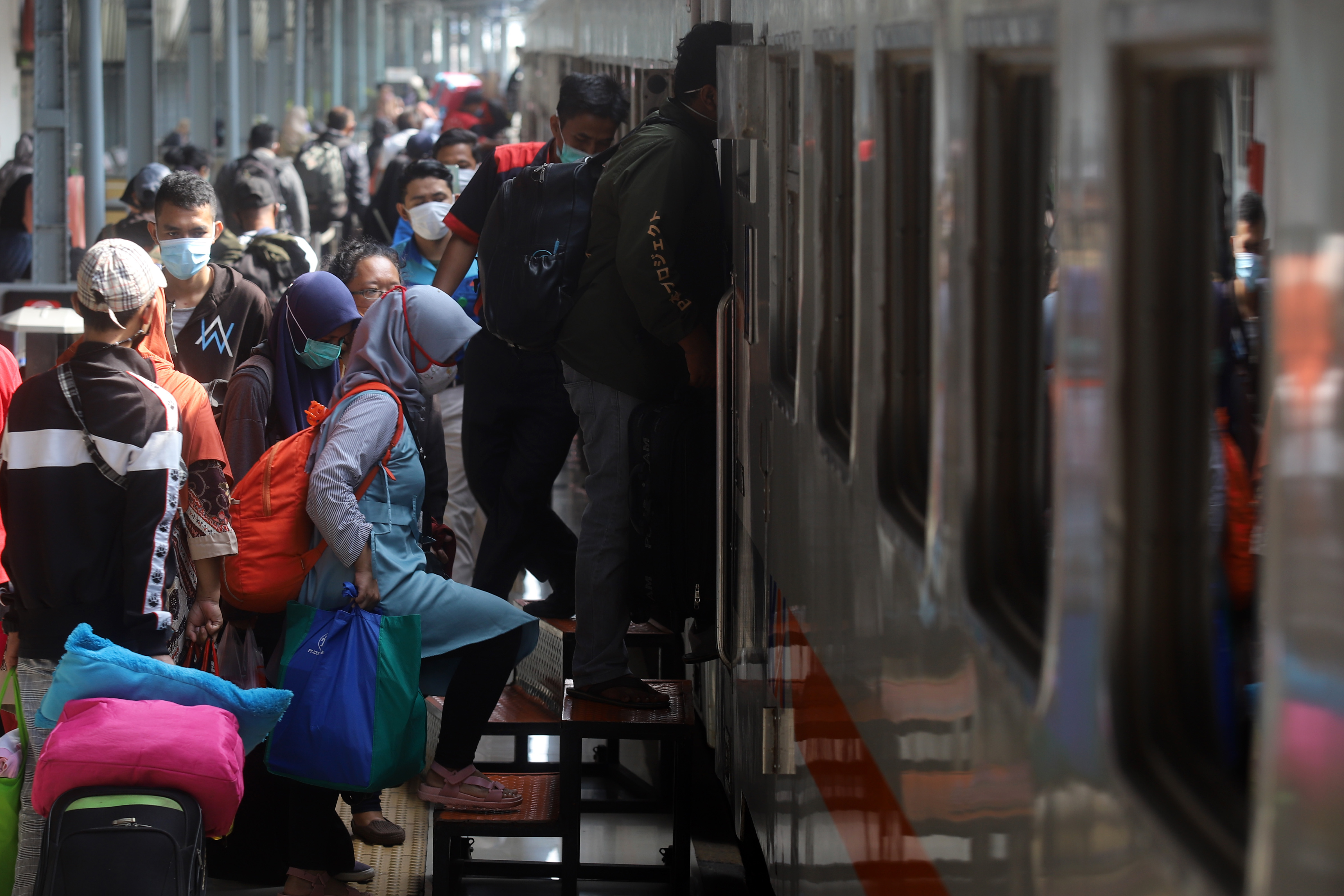 Comparing urban planning tools, public participation processes and governance methods is a very useful exercise that Québec, Delf (Brussels-Capital region), Paris and Lyon have experienced first-hand. During the congress, they shared the results of the pilot project “Revitalisation through Urban Projects”, offering specific examples on the revitalisation process of cities and metropolitan areas like Les Docks de Saint-Ouen, a 100-hectare eco-district on the banks of the Seine.

In summary, all of these trends, cases and initiatives are linked to the above-mentioned expectations of children, and will require more effective metropolitan governance in the future. The congress demonstrates the urgent need for metropolitan areas around the world “to deepen mutually-beneficial cooperation, and work together to tackle challenges”, as Wen affirmed. In order for local governments to respond effectively to complex emergencies it is essential to listen to and respond to people's needs, especially children's perspectives on climate change, not only because children’s opinions and needs are important, but because they will inherit the cities we build today. 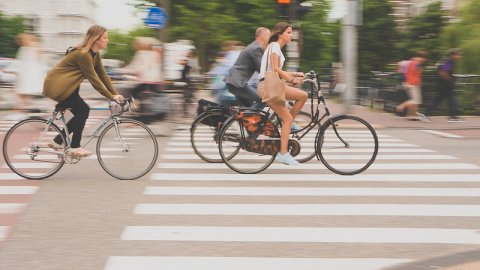 “The birth of a new kind of city”: a shared response to the challenges our planet faces
Copyright on this site is licensed under a Commons Attribution-NonCommercial-ShareAlike 4.0 International License
Website by Punt Zero