Why Cities Must ‘Race to Zero’

The recent report by the Intergovernmental Panel on Climate Change (IPCC) was abundantly clear—climate change is a dire threat to humanity. Ignoring the science or failing to take real action to combat this crisis is simply not an option. After all, we can already see that the climate crisis has arrived; it is not an abstract concept looming on the horizon. In Barcelona, my hometown, we have already declared a climate emergency.

Cities are on the frontlines of the climate crisis, and those of us who govern and live in cities already know that robust, transformational action is needed across sectors to safeguard our livelihoods and welfare. But we will not be effective if we act alone, especially if national governments do not act responsibly in leading the world in limiting global warming to 1.5°C.

As Mayor of Barcelona, Co-President of Metropolis and Vice Chair of C40 Cities—a network of nearly 100 cities around the world confronting the climate crisis—, I firmly believe in the power of cities working together in the public interest. In 2020, I told Metropolis about how coordination between cities in the Barcelona Metropolitan Area (AMB) helped us protect residents early in the Covid-19 pandemic—we were able to close beaches along the coastline to limit the spread of the virus and present a united front to our residents in uncertain times.

As urban areas are home to a majority of the world’s population, city leaders around the world have the opportunity to work together to advance towards common goals on the future we want for our cities.

Such collaboration between cities is key in times of crisis, and the climate crisis is no different. As urban areas are home to a majority of the world’s population, city leaders around the world have the opportunity to work together to advance towards common goals on the future we want for our cities. This includes prioritising climate justice, meaning that as we address the changing climate we must generate co-benefits for the most disadvantaged members of the population.

In Barcelona, I have been proud of the actions our city has taken to prioritise equity-led climate programmes. By reclaiming streets for people rather than cars through our Superblock project, we are lowering vehicle emissions that pollute the air and harm residents unequally, while providing more green space within our communities and improving public transportation and sustainable mobility. We have boosted refurbishment programmes to achieve energy independence, and we have also expanded our network of Climate Shelters to protect our residents from the often-deadly effects of heatwaves in 2021. And, in addition to initiating innovative programmes to build a better Barcelona, we are challenging the economic model at the foundation of the climate crisis.

The sum of the actions taken by Barcelona and other cities around the world, from Beijing, to Jakarta, to Accra, contribute to the fight against climate change on a global scale. For example:

As COP26 approaches, we are truly at a crossroads for humanity. Cities must be on the path to limit global warming to 1.5°C and prioritise a Green and Just Recovery from the Covid-19 pandemic. By coming together as the largest ever coalition of local governments leading the charge to COP26, we can send national governments a resounding signal that cities are united in meeting the Paris Agreement goals and in creating a more inclusive and resilient economy. Cities Race to Zero presents an opportunity to meet this once-in-a-generation moment. This coalition is made up of cities setting science-based targets and committing to inclusive and resilient climate action to get our cities to net-zero carbon emissions, a landmark that is crucial to prevent the worst effects of climate change.

Just think what thousands of cities around the world—large and small—can accomplish together. Thank you to those of you who have already committed to the Race to Zero, but there is still more to be done to reach our goal of getting a critical mass of cities to commit to tangible climate action. This is the last chance to join this group of city leaders and send a resounding message to our residents and national governments that we, the mayors of the world’s cities, are serious in the fight against the climate crisis.

If you are ready to commit, join Cities Race to Zero today.

Want to be announced as part of Cities Race to Zero at COP26? Join before 14 October 2021!

N.b. Further information required as part of the Cities Race to Zero campaign includes the usual or desired platform for future reporting as pledged under Cities Race to Zero, as well as at least one action that your city will undertake on the path to cutting emissions to limit global warming to 1.5ºC. 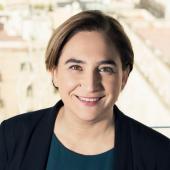