The effects of large-scale crises have the result of increasing the finance economy and its consequences on inequalities in cities. The 2008 financial crisis and the COVID-19 crisis have increased public debt on a massive scale (more than 10 trillion USD have been announced to tackle the upcoming economic crisis), while creating far-reaching economic crises with negative impacts on revenues and jobs. The main effect of this situation is a significant growth in the monetary base, which increases the volume of the stock market. Part of these assets (around 8-10%) is invested in real estate and urban services, mainly in major city regions. The impact of the global crisis is then higher investment in real estate, with the consequence of price increases despite wage stagnation or a population with lower revenues.

The effect of the finance economy on major city regions has increased to an extraordinary degree over the last decade. Financial assets need fluidity. Using real estate as a financial asset is subject to few constraints in the short term. This means it is better to have short-term properties, such as Airbnb, rather than long-term renters. The high increase in real estate prices makes this market more profitable than renting apartments. In Paris, for example, real estate prices increase by more than 7% per year, an improvement on the 4% revenue from the rental market. The consequence is a large proportion of empty apartments. In Egypt, empty housing has increased from 25% to 30% in 10 years, with the properties mainly located in the dozens of new towns built by the government. In China, 20% of housing lies empty. In Paris, the increase has gone from 14% to 17.4% in five years. Investments do not correlate to social needs. In addition, few large metropolises are taking measures to reduce foreign investment where it does not correlate to local needs: Vancouver, Toronto and Hong Kong have put taxes in place, but Paris, New York and London prefer to focus on Airbnb rather than tackling the reason for overspeculation.

Local authorities are then obliged to finance complex public transport systems and provide new facilities and jobs in suburban areas, at extra cost

The financialization of the economy has significant consequences on metropolitan areas. Financial assets diversify risk by investing in real estate and public services. Investors are looking for specific products such as housing or offices in city centres, central business districts, gated communities, city waterfronts, shopping centres, new towns, large infrastructure, water systems, and transportation systems. These products are intertwined with local land and real estate markets and serve to emphasise speculation. The overspeculation resulting from these investments is not connected with a real need for employment and housing, or the revenue of inhabitants. The market then evicts inhabitants from well-equipped central areas, displacing them to lesser-equipped suburbs without jobs. Local authorities are then obliged to finance complex public transport systems and provide new facilities and jobs in suburban areas, at extra cost.

The finance economy has an impact on the development structures of major metropolises, on residential mobility and job location, with the subsequent effect on infrastructure and facilities. It contradicts the main objectives of the New Urban Agenda, adopted by UN-Habitat in 2016 and based on the concept of the Compact City, with a focus on urban renewal, urban intensification, and limiting urban sprawl. It makes access to “the right to the city” more difficult and makes major metropolises unaffordable. It makes well-planned cities and new towns more expansive and creates the conditions for more informal settlements. It increases the costs of urban infrastructure by making public authorities more dependent on private investment in public services because of higher investment needs. This model of development needs greater regulation.

This dynamic is counterproductive for citizens, public finance and in terms of reducing the urban footprint on the planet

The metropolis is the dominant human settlement pattern in the 21st century. Frequent global economic crises benefit the stock market, with serious effects on major metropolises. In fact, these markets are not able to allocate financial resources to reach the Sustainable Development Goals adopted by the United Nations in 2015, and the objectives in the New Urban Agenda drawn up by UN-Habitat. This dynamic is counterproductive for citizens, public finance and in terms of reducing the urban footprint on the planet. Few local authorities are playing their role in reducing the impact of the stock market on cities. But it is the role of national governments to provide more regulation on the stock exchange in order to better allocate finance and limit their negative impact on cities.

Eric Huybrechts: is a Senior Architect and Urban/Regional Planner. He is a member of Isocarp, Icomos and the Société Française des Urbanistes, and was named Officer of the Royal Order of Sahametrei by the Kingdom of Cambodia.

Huybrechts is in charge of International Affairs at the Directorate General of L’Institut Paris Region. 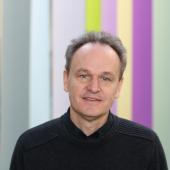