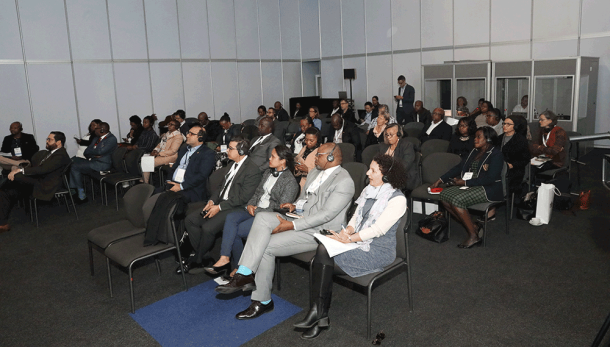 Summary of the sessions at #GautengMAM2018

As the Metropolis Annual Meeting in Gauteng is now over, we can take a look back at some highlights from this year’s event, in which our members played a key role and our projects gained greater visibility.

Blockchain, a tool for metropolitan governance?

On 27 August, during the first series of sessions held during the event, Alfonso Govela, urban planning architect and director of the NGO DigitalCivix, presented the 5th Issue Paper published by the Metropolis Observatory, which analyses Blockchain's potential applications in metropolitan governance and financing (the document can be read in full here).

Through contributions from Blockchain experts from a number of major world cities, such as Buenos Aires, Johannesburg and Mexico City, attendees were able to learn about the new concept of Blockchain, both what it is and what it represents on a technological, political and social level, as well as the role it plays in social transformation, and whether it can be a driving force for better models of metropolitan governance.

Although for many people the concept might seem like just another technological innovation, the potential that this new system offers in terms of data protection and classification opens up options for many different communities to validate, store and share information in a safe and efficient way, at any time and without geographic limitations. In addition to the system's ability to provide a framework for decentralised ecosystems of value exchange, it also opens up the unique possibility of building cities and metropolises from new democratic perspectives, giving citizens back their role as protagonists. 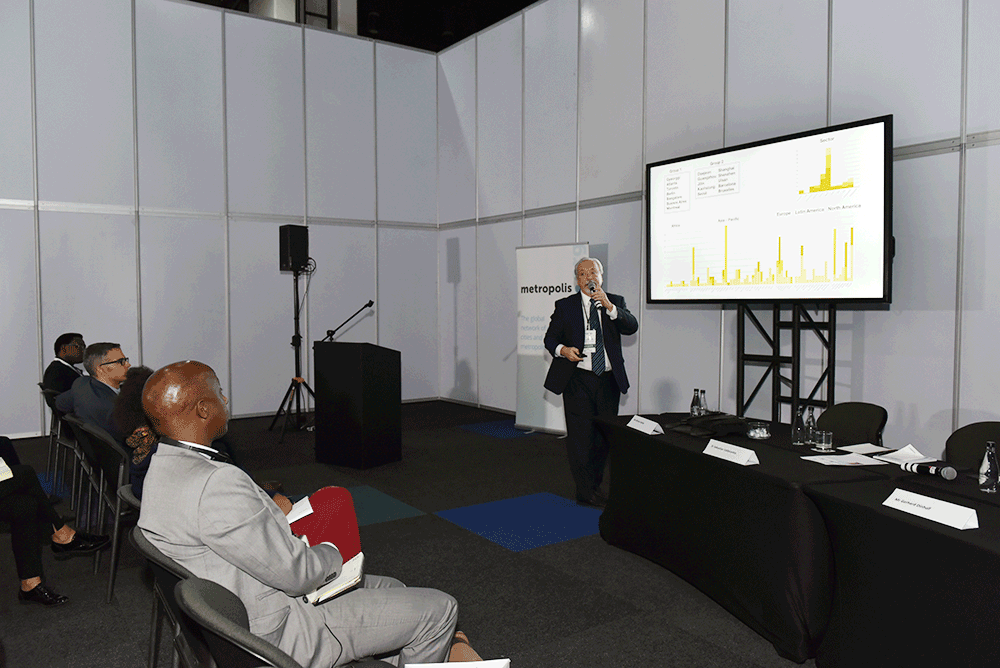 The safety of women and girls in metropolitan public spaces

As part of Metropolis’ commitment to incorporating a gender perspective as a strategic framework for building more inclusive metropolitan governance models, the team at the Secretariat General held a session on the afternoon of 27 August to present the preliminary results of the “Safety and Public Spaces: Mapping Metropolitan Gender Policies” project. This project, which was launched in December 2017 under the premise of drawing a metropolitan map, aims to identify and draw attention to the policies Metropolis members have put in place to combat sexual violence against women and girls in the public space, a priority in both the New Urban Agenda and in the 2030 Agenda.

The session was opened by Laura Pérez Castaño, Councillor for Feminism and LGTBI at Barcelona City Council. As part of her role as president of Metropolis Women, Laura advocated for action on sexual violence against women and girls in public spaces to be included in the political agenda of metropolitan governments. She highlighted one of the general results of the project, which indicated that "only 36% of Metropolis members are developing policies that address the safety of women and girls in public spaces". Other results were shared by Kathryn Travers, Executive Director of Women in Cities International, the organisation in charge of conducting the study.

Valeria Molina, Secretary for Women at the Medellín Mayor’s Office, also took part in the session, presenting the project “Safe areas for women” in detail. The Councillor for the Urban Commune of Rabat, Badiaa Bennani, was also present, and she highlighted a project about using school clubs as an educational tool for further inclusion and increased safety for women and girls in public spaces. These representatives also took part in a round table moderated by Antje Schuhmann, an expert in gender studies, race theory and memory politics from Wits University, Johannesburg, which was also attended by Mpho Phalatse, member of Johannesburg's Mayoral Committee and Councillor for Health and Social Development, and Nkosiphendule Alliam Dlamini, Vice-president of the Security and Emergency Services Committee for the eThekwini Municipality in Durban. 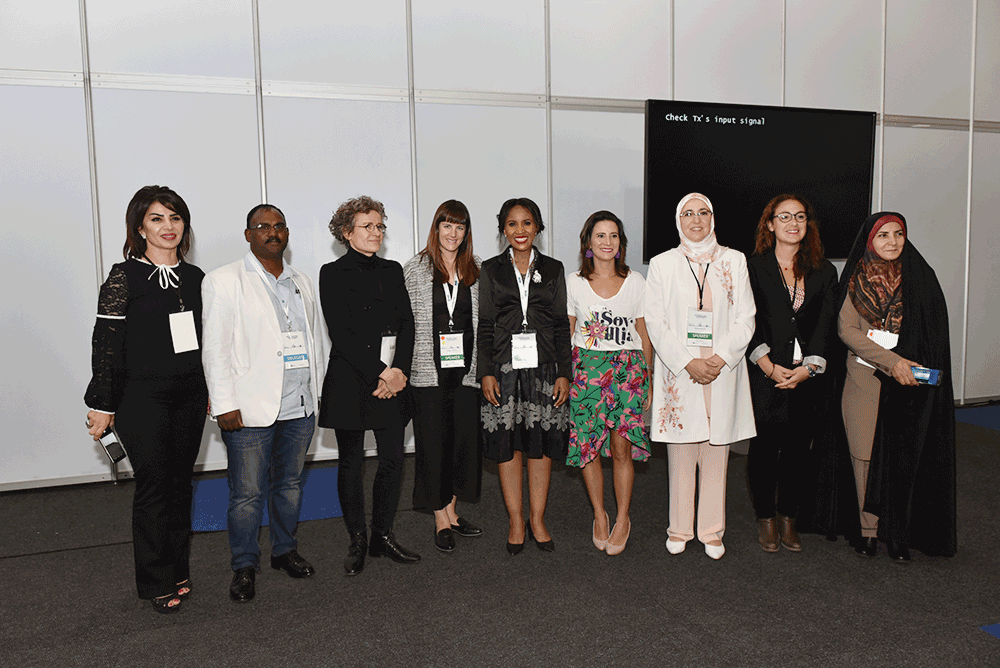 This session, also held on the afternoon of 27 August, featured presentations by representatives responsible for international relations and actions from some of the most active Metropolis members, namely:

Opened by Metropolis Secretary General, Octavi de la Varga, and moderated by Braulio Díaz, Deputy Director for Knowledge Management and Communication at the AL-LAs Project, the debate offered up several different points of view on the approaches to international action taken by metropolitan cities. The discussion also looked at the impact of international action on the global agenda and its influence on local governments, as well as the role and participation of local governments in global networks, and their impact and contribution to local development. The unanimous conclusion of the session was that, as a public policy, the internationalisation of local governments must stay focused on the ultimate goal of providing services to citizens and promoting a better quality of life. 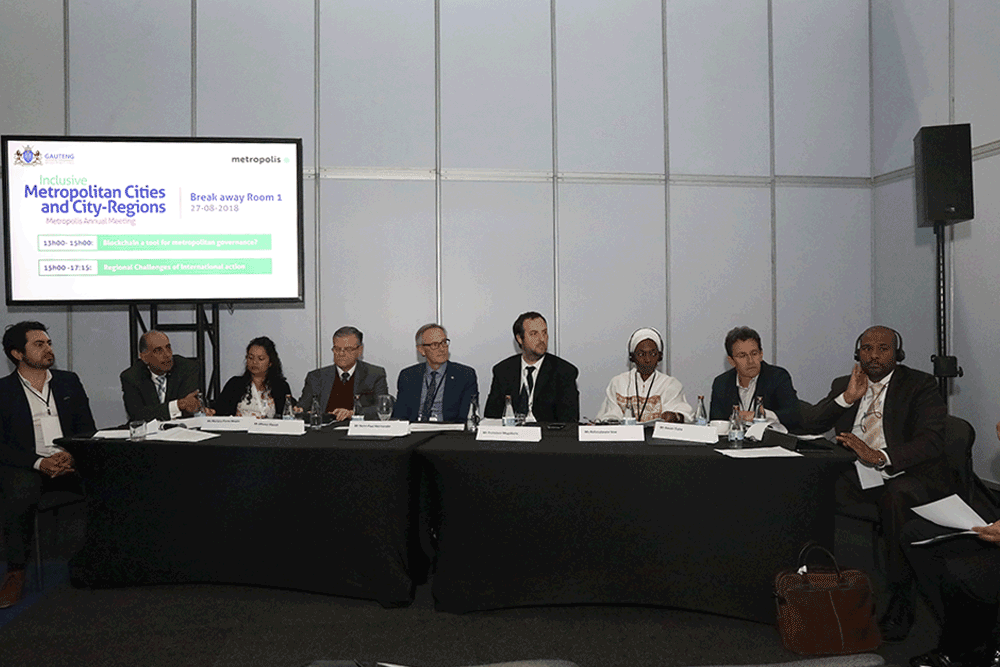 Other sessions in which Metropolis members took part

A full report with detailed information on all of the sessions held during the event will be published on the Metropolis website in the near future.