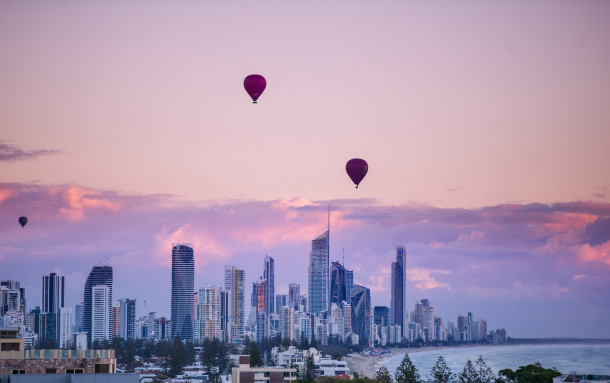 Every 7 October, World Metropolitan Day commemorates the adoption of the Montreal Declaration on Metropolitan Areas. It brings together mayors all over the globe to share groundbreaking solutions to the challenges of our communities and the planet. By signing the petition, global cities are acting now and leading the way in creating more integrated metropolitan spaces to improve people’s well-being and respond to the climate emergency.

A shift in how we think, plan and manage urban and rural areas can benefit 2.6 billion people all over the world. Cities hold the keys to bringing about change, from affordable housing to public transportation and gender equality policies. This is because daily life is not bound to the borders of a municipality. What’s more, cities and people depend on resources, from food and water to energy, that originate outside urban areas. The interdependence of cities and their surroundings is clear. Yet the way urban agglomerations plan does not always expand beyond traditional administrative boundaries.

In light of the celebrations this 7 October, mayors and metropolitan leaders declared their unprecedented commitment to bringing our societies closer together. By signing the request for the officialisation of World Metropolitan Day, mayors have declared their unprecedented commitment to address a crucial issue: the expansion and interdependence of urban areas. With their signature, these metropolises are taking action and leading the way in creating more integrated urban areas to improve people's quality of life and to better address and govern the various complex crises that we are witnessing all around the world.

This political petition brings to the forefront a crucial issue: traditional city boundaries are becoming less meaningful and coordination between different areas and levels of government is more essential than ever to ensure sustainable places, services and infrastructure. However, efforts to manage and plan at the metropolitan scale are often undermined by administrative and political boundaries, disputes over competences and a lack of shared strategic vision. While these governance issues may seem trivial, when cities fail to connect neighbourhoods and peripheral areas with quality services and opportunities, the already existing poverty and socio-spatial segregation within them is exacerbated. In this sense, it is vital to think in metropolitan terms in order to secure the social contract.

Since 2018, this Metropolis and UN-Habitat campaign has promoted a better urban future and encouraged global leaders to reaffirm their commitments to achieving sustainable development from a broader perspective. As 60% of the world’s urban population live in metropolitan areas, it is crucial to continue creating more integrated metropolitan spaces that advance social, economic, environmental and spatial justice.