The first part of our twofold 13th World Congress kicked off on 30 November with a high turnout from Metropolis members and leaders from metropolises and major cities around the world. 60 Metropolis members were represented, including 22 mayors and political leaders.

This year’s Congress marked the beginning of a new journey for the 2021-2023 period, one in which new global and metropolitan challenges require, more than ever before, strong cooperative ties between metropolitan leaders around the world and a firm commitment to ensuring more inclusive, egalitarian and sustainable societies in an increasingly urbanised world.

Sound governance is essential to meeting the needs of our members, and with this in mind an extraordinary meeting of the General Assembly took place to approve the newly proposed Statutes and Rules of Procedure, drafted by the Governance Committee (the President, Co-Presidents, Treasurer and Secretary General). The new version of the Statutes and Rules of Procedure was approved by the Board of Directors in Montevideo 2019.

The Extraordinary Meeting was followed by the General Assembly, which elected the new Board of Directors and approved by consensus for a rotating split presidency, to be held by the mayor of the People's Government of Guangzhou Municipality, Wen Guohui, during the first half of the mandate, and by the mayor of Bogotá (Alcaldía Mayor de Bogotá D.C.), Claudia López, during the second.

Starting his term as President of Metropolis, Wen Guohui highlighted cooperation between large global cities as a crucial factor for addressing the challenges faced by metropolises; even more so during the current global pandemic. 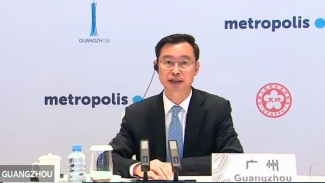 During the General Assembly, Claudia López also addressed members to express her enthusiasm and commitment to the association, highlighting the need to keep working together and invite other metropolises around the world to share their work in responding to metropolitan challenges with policies that put people at the centre to ensure a recovery that meets their needs and improves their quality of life.

“As a global association, at Metropolis it is our responsibility to inspire and engage our members to build more inclusive, sustainable and participatory cities” - Claudia López 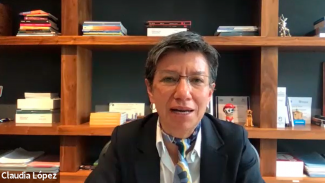 Being part of our Board of Directors means making an active contribution to the agenda and the strategic guidelines that will lead the activities of an organisation that brings together the major metropolises, cities, regions, and metropolitan areas worldwide. Board members will also join Policy Debates, the forum to engage with other political leaders and share thoughts on the challenges of metropolitan governance, and on the process of metropolisation.

The meeting had a significant impact on Metropolis' future, as it also saw the adoption of the new Strategic Action Plan to guide our work for the 2021-2023 period. This strategic plan is the result of months of work in which different consultation processes have been carried out among our members and close stakeholders to complete a situational analysis of the association and set the priorities for action over the next three years.

One key to Metropolis’ new Strategic Action Plan is Active Listening, in order to transform our metropolitan spaces. That means the Secretariat General stays in continuous contact with Metropolis members—141 local and metropolitan governments around the world—to hear their priorities and deliver support to local and regional government leaders.

After hearing from them, it is clear that they are wrestling with four key challenges: urban growth, resilience, public legitimacy and digital disruption. Finding solutions in these areas will shape the next three years of Metropolis’ work.

Following the General Assembly, the new Board of Directors held the first meeting of the next cycle for the association and nominated Octavi de la Varga to continue in his role as Secretary-General, while re-electing the regional secretariats.

To conclude the meeting, the newly elected Metropolis President, Wen Guohui, invited all the members of the Board of Directors to attend the second part of the 13th World Congress, which will be held in Guangzhou in 2021.