Wen Guohui, mayor of the People's Government of Guangzhou Municipality, has been unanimously elected as Metropolis president today, 30 November, during our General Assembly 2020. This online gathering to elect our statutory bodies—the first step of our twofold Congress to be held in Guangzhou in 2021—has approved a new mandate (2021-2023) with a rotating split presidency led in the first term, starting today, by Wen Guohui, as mentioned above, and in the second half of the mandate by Claudia López, mayor of Alcaldía Mayor de Bogotá D.C. It should be noted that the Board of Directors and other statutory positions were also elected during the General Assembly, and that the mandate for the General Secretariat was renewed for a further three-year period.

Following this election, Guangzhou will be able to contribute further to the work of Metropolis by providing strategic guidance specialising in innovation. 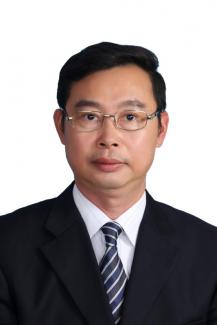 In his speech Wen Guohui thanked Metropolis and many of our members for expressing their condolences and providing medical supplies after the outbreak of the pandemic in Guangzhou. He reiterated Guangzhou’s commitment to cooperation and working together with global cities in terms of anti-pandemic solutions, environmental protection, natural disasters and other challenges we face, to ensure the health and safety of our citizens.

It is an honour to have Guangzhou take on this new role in our association, a move that is very much in line with the spirit of cooperative leadership that the city has brought to Metropolis over the last few years.

The city is one of Metropolis’ champion members, as it operates our Urban Innovation programme and Regional Secretariat, and previously acted as Co-President of the association. A Metropolis member since 1993, Guangzhou took a great step forward in boosting its leadership on urban innovation through the launch of the Guangzhou International Award for Urban Innovation in 2012. With its commitment to promoting urban innovation as one of the pathways to sustainable urban development, Guangzhou is a global leader in facilitating exchanges of experience and knowledge on innovative urban practices that are designed to meet the needs of the urban population.

“Guangzhou sincerely hopes to further strengthen exchanges and win-win cooperation with global cities under the framework of our association”, Guohui said in his speech.

This is an exciting time for Metropolis and our partners to work together to innovate and achieve results for metropolises and their citizens in greatest need.

As a super-large hub city with a population of over 22 million in terms of management and services, Guangzhou is one of the most open, economically developed, and market-oriented areas in China and is also a champion of innovation. The abovementioned Guangzhou International Award for Urban Innovation has been successfully held four times, receiving more than 1,000 urban governance submissions (the next edition will be held in 2021 together with the 13th Metropolis World Congress).

“With the development of human civilization, cities play an increasingly important role in the global governance system. The 2000-year history of Guangzhou is a history of opening up and also a history of exchanges and mutual learning with cities around the world. Hence, Guangzhou has the responsibility and obligation to make contributions to the development of global cities”, declared the newly-elected president.

We have confidence in Guangzhou’s leadership to address the challenges that continue to affect metropolises across the globe, and for a meaningful and impactful 2021-2022 period at the helm of Metropolis. We also look forward to benefiting from Wen Guohui’s experience and wisdom.

At Metropolis, we keep taking steps forward with hope, confidence and optimism. Thank you Wen Guohui and Claudia López for taking this journey with us.