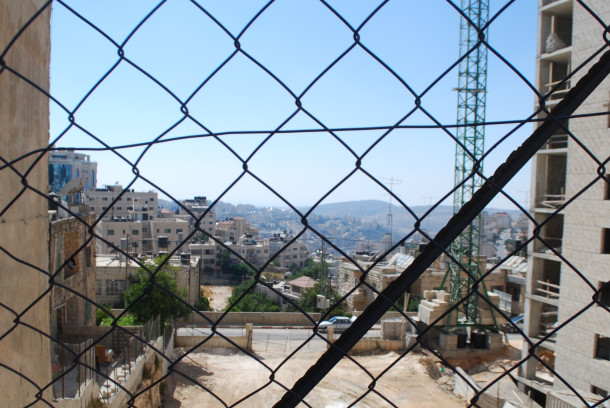 The best strategy for city governance when an emergency combines with an entrenched crisis: resilience, empathy and caring

In many urban areas, the Covid-19 pandemic has exacerbated existing pressures on governance systems that were already under strain from extraordinary circumstances such as armed conflict, natural disasters and extreme poverty. In order to learn more about how Local and Regional Governments (LRGs) have dealt with the pandemic against the background of ongoing crisis in their respective cities, we worked together with the United Nations Development Programme (UNDP) to organise a webinar on 16 February titled ‘Learning from cities in crises. Metropolitan perspectives on fragility and resilience’.

At the beginning of the webinar - attended by more than a hundred participants - , Amita Gill, from the UNDP, introduced the conversation to highlight how, in the pandemic, it has been clear that LRGs are the most visible form of government with the most potential to build a social contract, even in areas where there are a lot of barriers in place. Those barriers are more evident in urban environments where a previous crisis or emergency is still ongoing and is affecting people’s quality of life, posing a threat to life, impacting the economy and/or causing tensions among culturally diverse communities.

“We have been locked down for a long time, as a result of being occupied; it has turned us into a resilient society. We are resilient by nature”, Ahmed Abu-Laban

Ahmed Abu-Laban, city director of the municipality of Ramallah, shared the effectiveness of the city’s resilience plan in turning the crises caused by new emergencies into opportunities for the urban area. Their resilience plan, designed even before the arrival of Covid-19, is based on three stages: response, recovery and renewal.He stated: “We have been locked down for a long time, as a result of being occupied; it has turned us into a resilient society. We are resilient by nature”. He also mentioned that in order to have some level of impact on the city, governance in the urban area must be further decentralised, giving more autonomy to local authorities while promoting a strong and fruitful collaboration between citizens and the government. 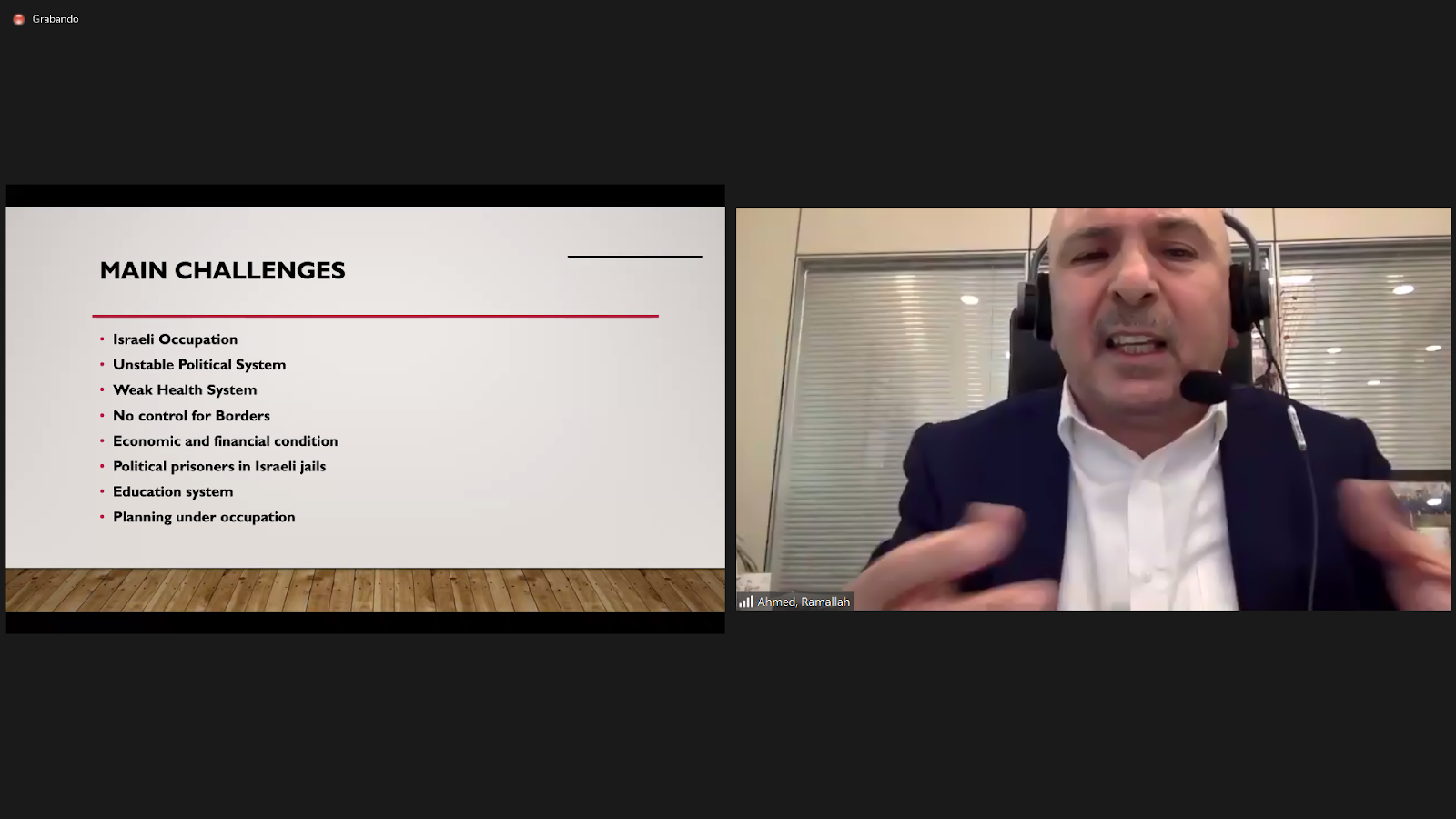 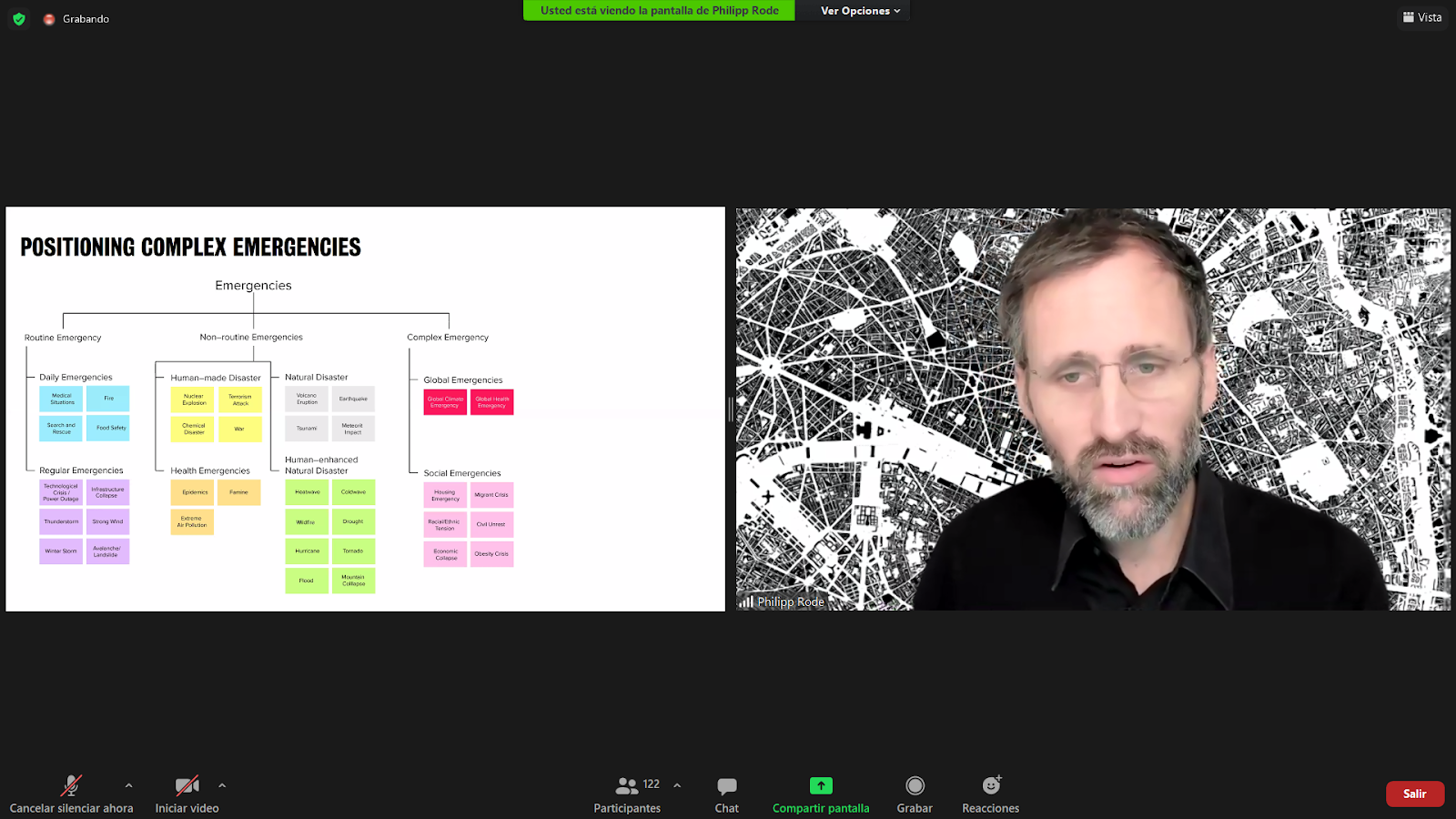 The latter are the focus of the project and are defined as “long-lasting emergencies that are political in nature and mostly beyond collective memory”. Two characteristics they share are a high degree of uncertainty, and limited direct experience in managing the emergency.

Some trends have emerged from their research, which align with the insights shared by Abu-Laban: an increasing demand for more decentralised governments that give LRGs the possibility to provide an appropriate and timely answer to people’s needs. Decentralisation is not only a matter of transferring resources, but also relates to the capacity to innovate in crisis management. However, decentralised and centralised governance must coexist to respond to the complex emergencies that take place in cities both now and in the future.

“There is an increasing demand for not just a structured, rational and technical way of managing the city, but a more emotional and caring perspective”, Philipp Rode

To wrap-up the session, Octavi de la Varga, Metropolis Secretary General, emphasised the need to rethink metropolitan governance, promoting a new model based on effectiveness while also giving empathy and caring a more important and central role than ever before. This idea was reinforced by Rode: “There is an increasing demand for not just a structured, rational and technical way of managing the city, but a more emotional and caring perspective”.

This new model should also be based on the complexity of metropolitan circumstances, a complexity that goes beyond cultural diversity and economic needs and extends to the demands of the entire population.