Looking back on 2022, what were the major challenges large metropolitan cities faced? How do they differ from years past?

When, in late 2021, the effects of vaccines and population immunity to COVID-19 showed that the pandemic could be defeated, many of us assumed that 2022 could only be the year of global recovery. Instead, we experienced an accumulation of crises hitting large metropolitan cities the world over. The lasting effects of the pandemic were still with us: new COVID outbreaks and strands, ailing economies, depleted health services, educational gaps for cohorts of children who had missed entire schoolyears, an epidemic of gender violence, and more.

And then, a new set of interrelated crises made things even more difficult for cities, and the women, men and communities that inhabit them. The effects of the climate crisis are already with us, as Pakistani cities and rural areas experienced dramatically in 2022 with unprecedented floods. The global disruptions in global trade and transport, and debt crises in some countries, were only the prelude to worse economic turmoil. The failed Russian invasion of Ukraine resulted in a terrible, ongoing war with global consequences. Prices of energy and of food skyrocketed, while inflation became the nightmare of poor and working class homes the world over. Climate change, wars in Ukraine, Ethiopia and elsewhere, and other forms of violence, also contributed to an all-time high number of forcibly displaced people. Large metropolitan cities became the final destination for millions of internally displaced people and international refugees.

In addition to that complex set of emergencies, 2022 brought the thaw to problems that the pandemic temporarily froze: violent crime and affordable housing scarcity, air pollution and social polarization, traffic gridlock and youth unemployment, the digital divide and homelessness, all came back with a vengeance on the agendas of large metropolitan cities.

How did Metropolis and its members react to these challenges?

Crisis management, rather than an exception, has become the new normal for city and metropolitan authorities. This was not totally unanticipated. Since 2020 Metropolis had joined forces with the London School of Economics Cities and United Cities and Local Governments in a joint effort to understand the ways in which cities face crises, the Emergency Governance Initiative. The learnings from cities were all pointing to the need for local authorities to prepare for a new scenario where complex emergencies, in which several crises converge and interact in the metropolitan space, will be common occurrences.

In its first in-person meeting since the pandemic, Metropolis’ Board of Directors issued the Bogotá Call for Action, which raised to global attention the challenges brought by these overlapping crises to the World’s large cities and metropolitan areas. The members of Metropolis not only sounded the alarm bell, but also, characteristically, committed to decisive action, along four lines: care for the planet, care for people, governance, and peace.

Care for Planet has become a central element of any responsible local government, and Metropolis’ members are at the vanguard, sharing nature-based solutions and innovative approaches to face the challenge our generation, Climate Change, but also other important aspects of ecological concern, from biodiversity loss to air and water pollution.

Bogotá’s world-leading system to support care and caregiving inspired Metropolis to learn the lessons from the pandemic and give care work in all its forms – paid and unpaid; professional, family and community – a central role in post-pandemic recovery and in the strategies to face global crises hitting large metropolitan cities.

On the basis of the learnings of the Emergency Governance Initiative, Metropolis’ members are also exchanging best practices and solutions to adapt metropolitan governance to this new scenario of frequent complex emergencies. And, in keeping with a tradition of cities commitment to Peace, they keep dialogue and communication channels open, and aim to work together to end violent conflict.

What does Metropolis have in store for 2023?

For the first time in six years, all Metropolis’ members are called to an in-person World Congress in Brussels on June 12th to 15th. This will be an exciting moment of reunion, renewal of our strategy and statutory bodies to face our future challenges, and an opportunity to welcome all the new members that have joined the network in the last six years. The Congress will take place under the umbrella of the Brussels Urban Summit, where Metropolis has joined forces with Eurocities, the OECD’s Champion Mayors for Inclusive Growth and the region Brussels-Capital in what promises to be the year’s leading global event on cities.

In line with the mandate of the Bogotá Call for Action, local policies to support care and caregiving will continue to be a central issue for Metropolis. A commitment accompanied by an effort to mobilize resources and technical assistance for cities who are embarking in that policy direction. Several Metropolis projects will enlarge the thematic scope and result in concrete local action, with cooperation projects dealing with solar energy, sustainable mobility, green infrastructure, metropolitan governance, food security and more, covering all regions of the world. The re-opening of Chinese borders will also open the opportunity to culminate a 3-year learning project with a technical visit to Chengdu’s Garden City, a new edition of the Guangzhou International Award for Urban Innovation, and a number of visits and participation in events that had not been possible in person since early 2020.

If there is one thing we have learned from the pandemic and from 2022, however, is that things change fast, and cities cannot afford to waste time or to stick to plans that reality made obsolete. Metropolis and its members, therefore, will certainly continue to adjust, innovate, and adapt to the realities of metropolitan life in the year that is just starting. 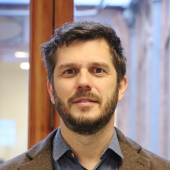