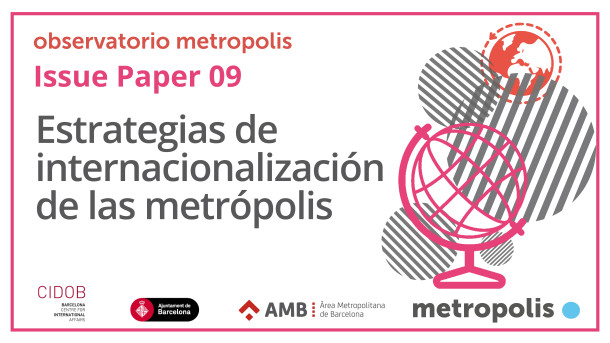 Strategies for the internationalisation of metropolises

In a global economic context, and increasingly urban, cities, and especially large cities and metropolitan territories, have an increasingly important political and economic role, not only in their own territories but also in the international sphere. The gradual consolidation of the international action of the metropolises has been accompanied by their transversalisation within the framework of the institutional, political and territorial objectives of the metropolitan institutions themselves, which in turn has led to the conversion of a public policy. A policy that needs to be governed and respond to well-defined strategies aimed at addressing the interests and aspirations of the metropolitan space and its citizens.

This session will include the public presentation of the Issue Paper "Strategies for the internationalisation of metropolises" and an introduction to the comparative study by its authors. In addition, to create a space for dialogue that synthesises the different models of internationalisation strategies included in the two aforementioned studies, and to discuss the different experiences and examples that both publications highlight.

To register for the event, please send an e-mail to activitats@cidob.org , including the reference to the event, name, surname and institution.

17h Welcome to the event by

18h Round table with: