A new metropolis will be formed every two weeks over the next fifteen years, reaching a total of 429 new metropolises. Metropolises will soon be the type of human settlement with the largest population in the world, followed by rural settlements and other types of urban settlements. Our planet is advancing towards a fast-growing process of metropolisation and, as a result, metropolitan areas form the backdrop for some of the planet’s most complex, diverse and unprecedented challenges and solutions, such as urban growth, digital disruption, public legitimacy and resilience.

This year, the COVID-19 crisis has revealed to the world, more than ever, that metropolitan leadership matters on the front lines. The outbreak of the pandemic has had, and will continue to have, an impact on every facet of life in our metropolises. However, it also presents an opportunity to rethink the role of metropolitan governance in emergency situations like this one. This year’s World Metropolitan Day celebrations—which will take place on 7 October to mark the anniversary of the Montréal Declaration on Metropolitan Areas (2015)—will provide us with a chance not only to mark the importance of metropolitan governance in creating more sustainable, liveable and healthy cities, but also to consider the challenges and opportunities facing metropolitan governments in addressing the current world crisis and responding to the Decade of Action to deliver the Sustainable Development Goals.

People affected by the pandemic who live in urban agglomerations unrelated to jurisdictional and municipal boundaries have made those borders even more visible. This has highlighted the importance of coordination across all administrations at different levels, and in the urban-rural continuum, as well as the need to rethink current metropolitan governance systems.

Secondly, while recognised as engines of economic growth, metropolitan areas are also the source of major inequalities and environmental challenges. For instance, when not properly managed, high population density and urban expansion make metropolitan territories increasingly unequal, often generating violence as a result of urban conflicts. And, this year, social distancing and quarantine have probably exacerbated this phenomenon. In this sense, a (re)think of metropolitan governance must ensure less inequality and urban conflict, especially taking into account that it is projected that the number of people living in metropolises will increase to 3.47 billion by 2035, representing 39% of the global population and 62.5% of the world’s urban population.

In addition, the complexity of metropolitan spaces makes citizen participation difficult to implement. How can citizens' voices be heard across administrative boundaries to create an effective participatory democracy?

This and many other crucial questions will be addressed during the virtual event “Metropolises facing the pandemic” co-hosted by Metropolis and UN-Habitat on 7 October, culminating this year’s World Metropolitan Day 2020. Over the last few weeks, as part of the World Metropolitan Day 2020 campaign, metropolitan governments and a wide range of institutions worldwide (private companies, academic institutions, civil society organisations, multilateral entities, city networks and urban influencers) have shared initiatives aimed at accelerating a positive transformation of urban life as a response to the COVID-19 crisis and the Decade of Action to deliver the SDGs.

The event will include the participation of diverse governments —such as Buenos Aires, Barcelona Metropolitan Area, Barcelona City, Córdoba, Madrid, Mexico City and Montréal—and international institutions, namely the Asian Mayors Forum, UCLG Africa, and the Marmara Municipalities Union, among others.

The event will take place under the framework of Urban October, a month of celebrations that will begin with World Habitat Day on the first Monday of the month, 5 October 2020, and end with World Cities Day on 31 October, with the abovementioned World Metropolitan Day celebrated on 7 October. 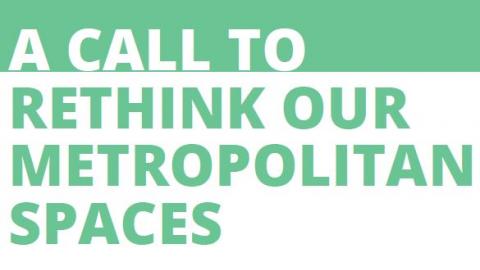 The time to rethink the metropolis is now
Copyright on this site is licensed under a Commons Attribution-NonCommercial-ShareAlike 4.0 International License
Website by Punt Zero