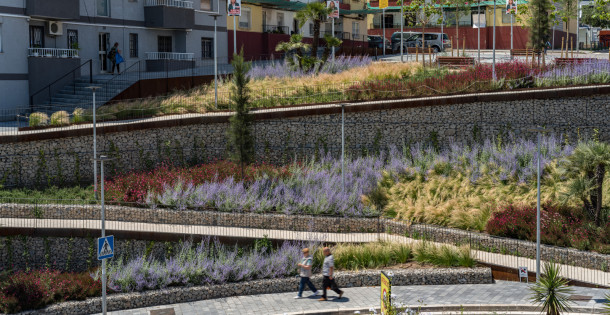 La Ciutat Cooperativa can be found between the neighbourhoods of Marianao and Colònia Güell, on the outskirts of Barcelona. This working-class neighbourhood in the municipality of Sant Boi de Llobregat is made up of blocks of 5- and 9-storey flats, all painted in the same style. More than 10,000 dwellers of this 1960s housing estate have seen their daily lives improved thanks to the redesign of the public space between these buildings. This neighbourhood revitalisation project is a textbook example of how we need to work on a metropolitan scale to respond to some of the most pressing problems facing the dwellers of major cities, as the Global State of Metropolis report by UN-Habitat seeks to demonstrate.

The steep staircases at the main entrance to the neighbourhood, which faces the train station, have been replaced by accessible ramps and lifts. Areas between the blocks—where it was previously forbidden to step on the grass—are now open pedestrian areas, with more diverse vegetation and wooden benches, providing thermal comfort at any time of year. The improvements in accessibility, circulation and habitability in La Ciutat Cooperativa are the result of coordination between the dwellers, who indicated their needs, and the municipality, which made sure to listen and incorporate them into plans and is responsible for ongoing maintenance to these revitalised public spaces. The third crucial player in the success of this project is the Barcelona Metropolitan Area (AMB), which not only provided full technical assistance in the design and implementation of the renovation works, but also was a key stakeholder in mobilising funds, which were sourced from a combination of the budget for its 36 metropolitan municipalities and the European Regional Development Fund. 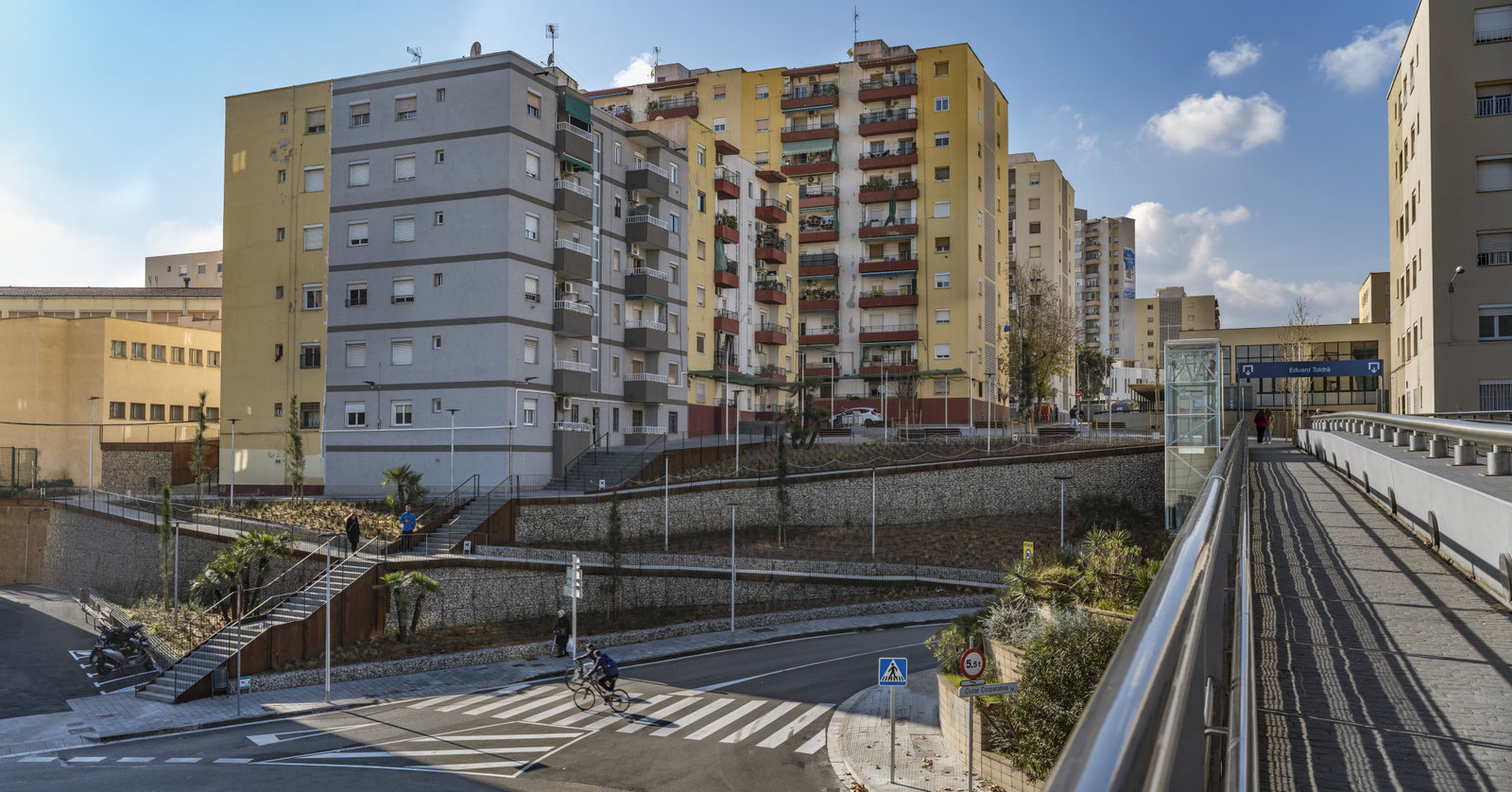 This example in Barcelona not only considered the above-mentioned metropolitan scale, but also counted on a public administration body that took charge of providing public services on this scale, the AMB. The AMB has the ability to create new public spaces across the municipalities surrounding the city of Barcelona, such as La Ciutat Cooperativa in this instance, and holds other powers including green infrastructure management, which is the case for the socio-environmental restoration of the area around the Llobregat river. The latter project was carried out thanks to collaboration between 16 municipalities, in order to create new spaces for leisure, walking, jogging and cycling.

Implementing the metropolitan scale via public bodies throughout Europe

Unlike Barcelona, most of the world’s metropolises do not count on a metropolitan authority or plan, according to the preliminary findings of the Global State of Metropolis report by UN-Habitat, which seeks to create a benchmark for metropolitan management worldwide. This gap in metropolitan management means that, despite the existence of a metropolitan reality evidenced by the day-to-day life of people living in functional urban areas that have grown beyond original city limits, there is a lack of institutional framework to represent these areas and the needs of their dwellers.

Only in Europe has this gap mostly been filled, with different mixed models of metropolitan governance identified. This was explained during two days of activities hosted by the AMB on 4-5 April, with the goal of contributing to the Global State of Metropolis report, which is expected to be released by the end of the year. Taking stock of the new metropolitan realities around the world, the report analyses 50 metropolitan spaces—19 of which are territories where Metropolis members operate—in the categories of metropolitan governance, planning, legislation, and finance.

“Metropolitan is the best scale to address pressing challenges such as mobility, air quality, public space and housing, without mistrust.” - Xavier Tiana, Head of International Relations at the AMB

These are very revealing findings, given that in 2020 there were already 1934 metropolises with more than 300,000 inhabitants around the world, amounting to a population of at least 2.59 billion people. This is the equivalent to one third of the global population and 60% of the planet’s urban population, according to UN-Habitat.

“In Europe, the cohesion policy has had positive effects, such as the growing number of metropolitan authorities, representing areas where more than 100 million people live. Cooperation is vital.” - Ernest Maragall, Vice-President of the AMB

In Europe, where 245.7 million people already live in 265 metropolises—as the new data from UN-Habitat reveals—, organisational structures and competences between different metropolitan authorities vary, showing that there is no one-size-fits-all model. “What works in one part of the world does not necessarily work in others”, as Rafael Forero, Policy, Governance and Metropolitan Expert at UN-Habitat, and one of the leaders of the upcoming report, mentioned during the event.

The examples of three other Metropolis members represented in the meeting back this statement: in Greater Paris, the Métropole du Grand Paris holds the competencies of cultural, energy and housing policies, as well as land use planning and water management, while in the metropolitan areas of Guadalajara and Valle de Aburrá, the respective metropolitan authorities—IMEPLAN and AMVA—are responsible for land use planning, climate change policies, disaster risk management and mobility. “Among our differences, what unites us is that we represent administrative arrangements with genuine solidarity”, declared Juan David Palacio, Director of AMVA.

“Rather than administrative powers, there are competent administrations on certain topics. As a result, administrative coordination becomes increasingly necessary. The AMB lobbies for things to happen, to achieve what the metropolitan territory needs to get done. For instance, making it possible for children to be able to go to school without being accompanied by an adult, because they are in a safe environment”, explained Ramon Torra, General Manager at the AMB.

This calls for a vision of metropolitan diplomacy, which, in the words of Mario Silva, General Director of IMEPLAN Guadalajara, focuses “Not only on the outside, but also to the inside of our territories. Often, our organisations are the ones that manage to reach consensus between mayors of municipalities with very different political agendas.”

Indeed, during the Covid-19 pandemic, metropolitan governance and management played a facilitating role in allowing local governments to work together more effectively, reaching a larger population with their actions, in less time, and while optimising resources and outcomes. Evidence suggests that metropolitan spaces with institutionalised governance frameworks are more likely to coordinate their actions.

Metropolis has members in a wide range of different situations, but all of them need management frameworks based on the common principles of cooperation, solidarity and collective action. Our network enables all this, so members can address complex emergencies that concern people all over the world and that do not recognise jurisdictional or political boundaries.