Where urban innovation and heritage get together for quality of life

At the renovated building of a 19th century factory, Ca l’Alier is the newest Barcelona center for urban innovation and citizen participation, and embodies the commitment of the municipality with the right to the smart city for all 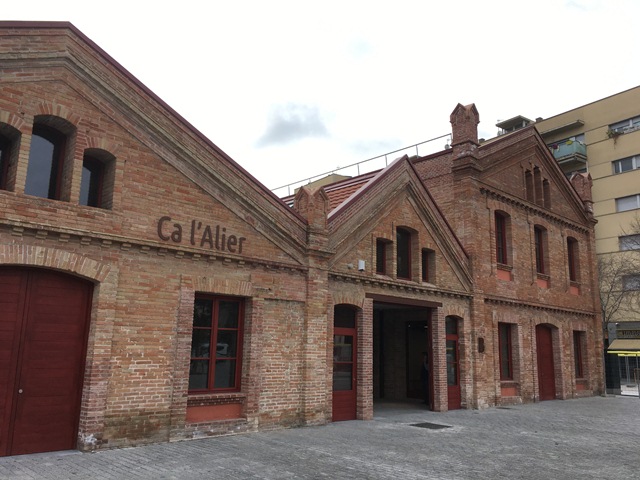 Originally built in 1853, Ca l’Alier used to serve as the facilities of a textile factory during the 19th and 20th centuries, when Barcelona consolidated itself as an industrial city. Fires in 2005 and 2007, when the building was no longer in use, left it badly damaged until 2011, when a public decision was taken to convert it into a building for technical and administrative use. In November 2018, the new Ca l’Alier was finally inaugurated, with the objective to promote urban innovation in its social, economic, urban and technological dimensions, and respond to the new challenges that the city faces.

The renovation works were made possible with public-private partnerships between the Barcelona City Council and two multinational corporations: CISCO, which covered 40% of the costs of the works and now has its innovation and display center for the Internet of Things and Smart Cities located in Ca l’Alier; and Schneider Electrics, which provided the building with the latest generation of electrical infrastructure, enabling its energy efficiency. 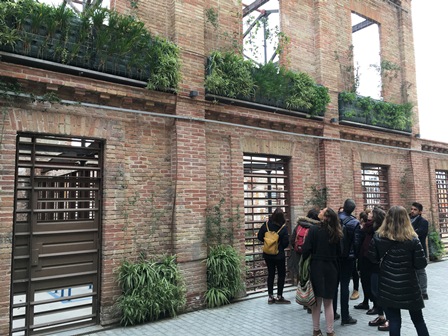 Preserving elements of the building’s historical heritage, the renovation was based on sustainable construction criteria, such as resource efficiency, waste management and health indicators. It is the first renovated building to receive the highest category (Platinum) of the LEED Certification (Leadership in Energy & Environmental Design), the most widely used green building rating system.

Since its re-inauguration, the building has been managed by BIT Habitat, a public foundation launched by the Barcelona City Council, which runs two main projects at Ca l’Alier:

BIT Habitat  takes part in a larger project, called Smart City Campus, a municipal initiative that aims to resume the project 22@, which in the early 2000s intended to revamp the district of Poblenou (where Ca l’Alier and many other industries were located) and had to be stopped with the outbreak of the economic crisis. Today, offices and companies headquarters coexist in Poblenou with degraded buildings and vacant lots, so, the Smart City Campus proposes to regenerate the area with a new fabric of knowledge, innovation and sustainability, and thus contribute to economic growth and the consolidation of Barcelona as an international benchmark for new models of urban services and intelligent cities at the service of people.

Ca l’Alier is the latest example of Barcelona’s efforts to become more sustainable and improve citizens’ quality of life, through the collaboration between all sectors of society and the multiple connections with a globalized world in constant transformation. “In this space we openly welcome everyone who wants to build better cities across the world: neighbors, entrepreneurs and researchers, from here and from abroad, and we look forward to receiving proposals of activities”, said Isabella Longo, Project Manager of BIT Habitat, who presented Ca l’Alier to the Metropolis Secretariat General team last Tuesday, January 29. The visit served to explore future opportunities of collaboration with Metropolis, and the manager has demonstrated willingness to work in the future with metropolitan spaces. 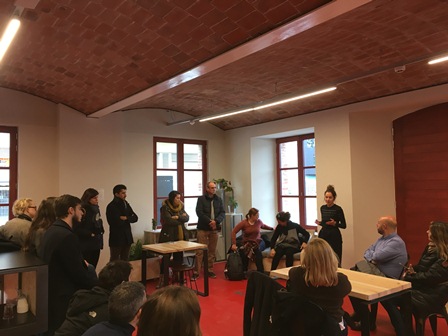