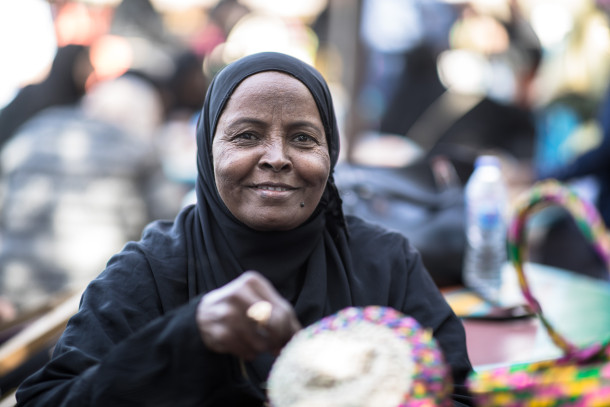 What priorities are on the table for African local and regional decision-makers? They tell us first-hand

Over the next 30 years, Africa’s population is expected to double to 2.5 billion people and its urban agglomerations will host an additional 950 million people. As of today, Africa is the continent with the fastest rate of urbanisation, and this urban transition creates an opportunity to think about new social, economic, and environmental development models for its large cities and metropolitan spaces. With these figures in mind and at a time of recovery from the pandemic, what are the most pressing current matters for local and regional governments to design inclusive and sustainable public policies over time?

While these areas feature high population densities, increased employment opportunities and larger labour forces, they must also cater for housing, infrastructure, transportation, energy and employment, as well as basic services such as education and healthcare. The Covid-19 pandemic has exposed new vulnerabilities in social infrastructure and governance systems worldwide, but large African cities were particularly vulnerable.

Leave No One Behind in urban Africa

“Good urban planning depends on local governance that is inclusive and allows the population to participate in the entire decision-making process, not leaving anyone behind” - Souad Abderrahim

The pandemic has increased the number of the most vulnerable groups, and providing basic services and decent shelter are additional priorities in the fight against extreme poverty. “Good urban planning depends on local governance that is inclusive and allows the population to participate in the entire decision-making process, not leaving anyone behind”, confessed Souad Abderrahim, mayor of Tunis, during the webinar “The metropolitan governance in Africa. Peer Learning from Local Experiences” held on 17 February. The webinar was the fourth and final event within the training course "Metropolitan Governance in Africa", an educational content-based course created by Metropolis and co-organised with UCLG Africa.

The sustainable and equitable development of urban Africa will not be possible if certain groups of society live in a context of exclusion and poor well-being. In this respect, Africa’s recovery will not be viable unless youth and women are included in its plans.

The future of young people and the unemployment that most of them are experiencing is one of the main concerns and priorities of African local and regional decision-makers, considering that more than 66% of city dwellers are under 30 years old.

Moreover, gender mainstreaming is a top priority in the agenda of most urbanised African cities, as most of the mayors, deputy mayors, and governors from the 7 African metropolises attending the peer learning session made clear. For example, in Rabat, participatory democracy and women’s rights are key in the action plan: ”We want to eliminate all kind of gender discrimination”, said Kamal El Amrani, Vice President of the Communal Council of Rabat.

Like many other cities around the world, resilience is another major concern of African local and regional authorities. In Nouakchott and Abidjan, they have recently experienced torrential rains and will subsequently have to cope with periods of severe drought. With more than 500 million people still living without access to electricity, African policymakers see development challenges, jobs for the growing youth population, and progress towards the Sustainable Development Goals (SDGs) as key to climate mitigation and adaptation strategies.

Nonetheless, digitalisation is undoubtedly the biggest challenge facing large African cities. Technological advances are seen as the best answer to most of the challenges set out above because the development of digital infrastructure, especially in cities, offers a growing opportunity for digital technology to drive Africa’s development. The digital transition is a major benefit for African administrations as well as for users, if access is equal for all. In Cairo, the administration has been focusing on providing access to knowledge and capacity building through digital solutions. For them it is also a valuable tool to fight corruption. Digitalisation can disrupt corruption by reducing discretion, increasing transparency, and enabling accountability by dematerialising services and limiting human interactions.

These are certainly only a few of the priorities of large cities on an African continent with a dizzying pace of urbanisation and in a post-pandemic recovery scenario. The issues explained are drawn from the presentations of the political representatives who attended our learning programme and whose contents for a more in-depth look at metropolitan governance in Africa can be consulted on our learning station website.