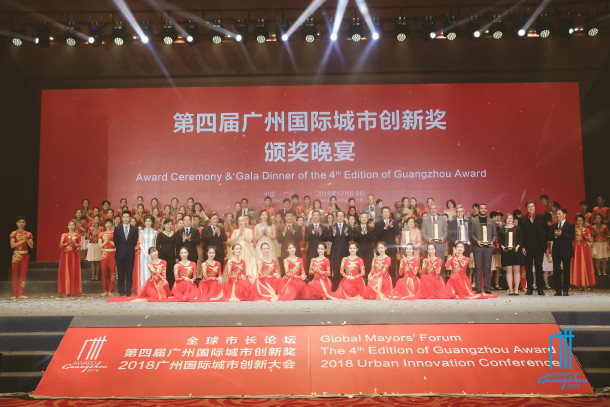 From cutting-edge virtual applications like blockchain to age-old shovels-in-the-dirt efforts like encouraging residents to plant trees, urban innovation takes many flavors in 2018. New technology holds great promises for the efficient and transparent management of cities and metropolitan areas, but the traditional foundations of strong public policies and programs grounded in bureaucratic cooperation for the benefit of everyday citizens are more relevant than ever in a rapidly urbanizing world.

This combination of old and new was on display in December at the fourth edition of the Guangzhou International Award for Urban Innovation. Nearly 200 cities from around the world applied for the biennial award, which was ultimately given out to five winners from a short list of 15 contenders. The open call offered a window into global trends in urban innovation at a time when cities endeavor to meet the aspirations of the United Nations’ Sustainable Development Goals and New Urban Agenda without losing sight of the everyday citizen. 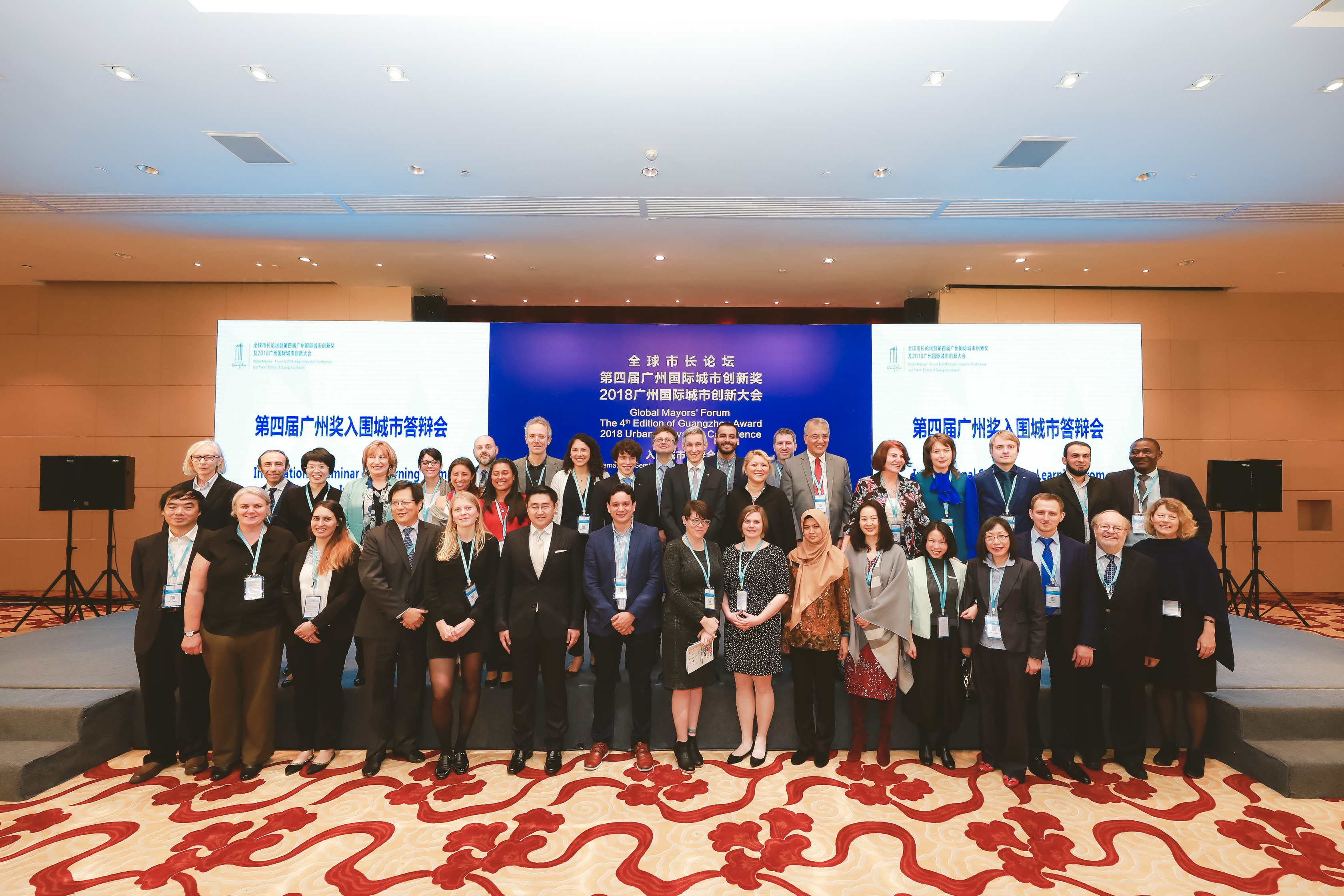 “The really meaningful innovation is innovation that puts people first”, said Nicholas You, Executive Director of the Guangzhou Institute for Urban Innovation. “That means innovative approaches to identifying problems together with concerned communities.”

Such thinking has become central to metropolitan planning in greater Guadalajara, where nine municipalities agreed on binding legislation for a single land-use plan to cover the entire footprint of Mexico’s second largest urban agglomeration. The region’s Institute of Metropolitan Planning won a Guangzhou Award for its efforts, among the most sophisticated metropolitan planning underway in Latin America.

“The true innovation looks at breaking down the silos in decision-making,” You said. “Be they silos within a municipality or be they jurisdictions when it comes to the larger metropolitan area, as in the case of Guadalajara.”

Wuhan’s remediation of Asia’s largest landfill was another award winner, one which demonstrated the power of cross-department collaboration. The Chinese city mandated that 24 city departments delegate a top official to work onsite for the duration of the challenging environmental project, ensuring that hard decisions were made in a timely fashion instead of languishing in a bureaucratic process.

“Decision-making processes have to change,” You said, highlighting Wuhan’s approach.

Innovation also comes from policies and programs that accomplish multiple city objectives while focusing on a single concrete goal. For example, Salvador’s ambitious reforestation program consists of planting native trees across the city, which was once carpeted with Brazil’s Atlantic rainforest, a now endangered ecosystem. The initiative, Caravana da Mata Atlântica (Atlantic Rainforest Caravan), dispatches green vans throughout the city bearing tree seedlings and specially trained city employees ready to teach residents about how to plant and care for the saplings. While the program’s stated goal is to grow the urban tree canopy, the caravan has also served as an educational tool to teach residents about native plants, an economic tool to create livelihoods through urban agriculture, and an exercise in civic participation by inculcating residents with a sense of responsibility to care for street trees.

“Any one of those pieces isn’t necessarily innovative, but the whole became greater than the sum of its parts - alongside the discipline not to let the project morph and lose focus,” said Enrique Silva, a fellow at the Lincoln Institute of Land Policy who chaired the award’s technical committee, which vetted all 273 submissions.

“Even the simplest project pulled from other areas of the bureaucracy,” Silva said. “They had multiple components and ultimately the results generated benefits that went beyond the core objective of the initiative.”

A prime example is Surabaya, Indonesia’s second largest city, where Mayor Tri Rismaharini mandated that city-owned buses accept plastic bottles as a form of payment as part of a broader citywide cleanup and waste management strategy that reduced waste by 10% per year even as the city population grew 5% annually. The simple executive order accomplished three goals in one fell swoop: boost public transportation ridership, encourage recycling, and reduce sanitation costs like waste bins and pickup.

“Surabaya demonstrated brilliant out of the box thinking that was very low-tech,” You said.

At the same time, top-notch engineering and technology innovations remain central to the ever-evolving practice of city and metropolitan management, provided cities choose carefully. Wuhan invited experts from 10 other countries and consulted 26 other Chinese cities before deciding on a remediation methodology for its landfill.

The latest technological innovation to draw the attention of city managers is blockchain, the distributed ledger technology behind bitcoin. In Ghana, a blockchain system for registering real estate transactions offers a more reliable alternative to antiquated, incomplete paper records scattered across land registry offices and has already resulted in 40,000 listed properties in Accra. The old system, common in Africa, has contributed to a spike in property scams where unscrupulous agents sell land and houses out from under the legitimate owner.

One early adopter at the municipal level is Cyprus’ beachfront tourism capital, Ayia Napa, where city hall has begun registering the city’s 3,000 annual wedding contracts on a blockchain ledger so that the couple’s home city can confirm a wedding license’s authenticity when the newlyweds return home from holiday. Blockchain is also central to Ayia Napa’s revenue collection system to ensure that hotels submit accurate figures on overnight stays, which are essential to the city’s tax base.

But early adopters must contend with slow uptake from other public institutions. “Government has limited knowledge on what blockchain is,” lamented Ayia Napa Mayor Yiannis Karousos. “Many people still believe blockchain is only for cryptocurrencies.”

In a recent issue paper, “Blockchain, a tool for metropolitan governance?”, Metropolis analyzed its 137 member cities and found that 69 are home to some form of blockchain project. In a Africa, Asia, and Latin America account for 80% of the 254 projects identified, the majority of which are private sector efforts related to financial services. 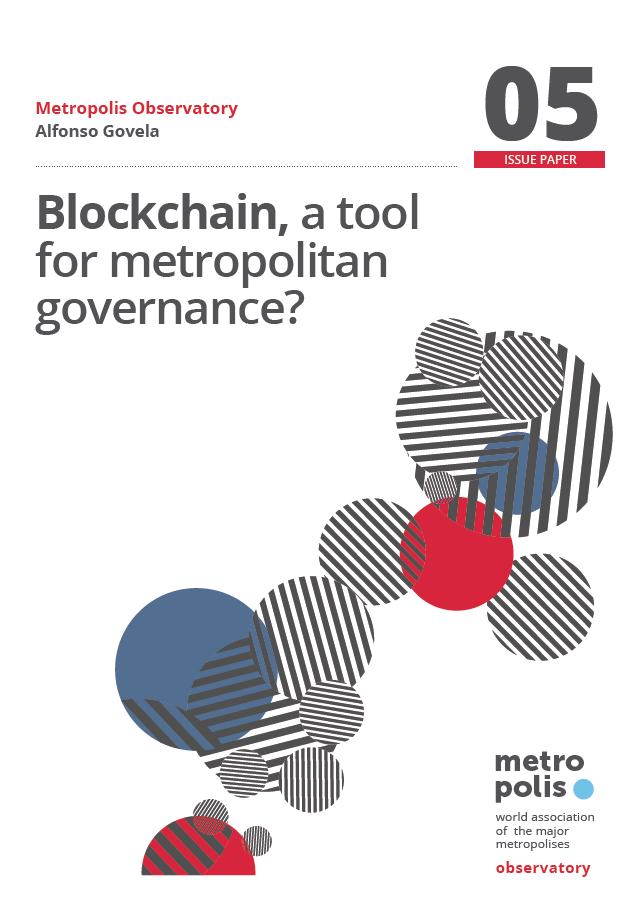 The developing world enthusiasm is encouraging for Alfonso Govela, an urban planning consultant who champions the potential for blockchain in urban and metropolitan governance.

“Cities can be the arena where all stakeholders come together in small living labs and explore what blockchain can do for us,” he said.