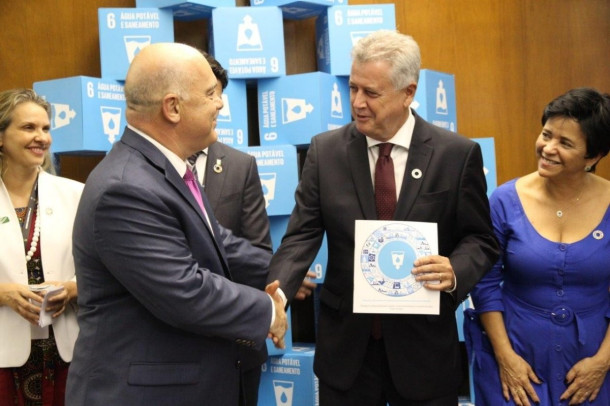 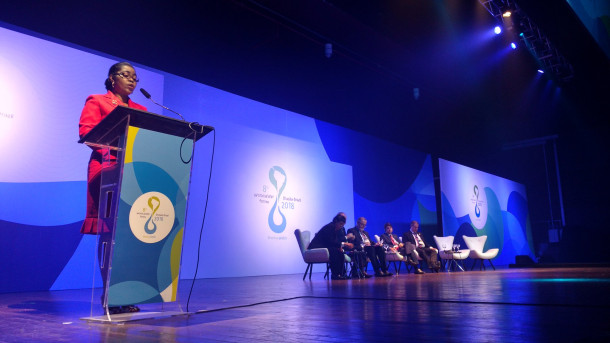 Water and sanitation, a metropolitan issue

Between the 18 and 23 of last March the city of Brasilia hosted the 8th edition of the World Water Forum, the largest global event on water and its sanitation. The presence of some members of Metropolis stood out in the event: the Government of the Federal District of Brasilia, as co-host of the forum, led discussions on the implementation of the 6th Sustainable Development Goal (SDG 6, guarantee the availability of water for all and its sustainable management and sanitation); the Mayor of Libreville stood out at the International Conference of Local and Regional Authorities organized by UCLG; and Quito was recognized for its water management among the best practices in Latin America.

Throughout all the days of the Forum, the Government of the Federal District of Brasilia and the United Nations Development Program (UNDP) promoted the "SDG Planet" space, in which transversal and free activities focused on SDG 6 were carried out, such as round tables and exhibition of films and short films. The Governor of Brasilia, Rodrigo Rollemberg, was at the opening ceremony of the space, where he reinforced the importance of the exchange of experiences from around the world to promote a new awareness tuned to the 2030 Agenda.

The Government of Brasilia adhered to the 2030 Agenda on October 24, 2016, and since February 2018 has a working group to monitor the implementation of the SDGs. Among the developed actions that try to fulfil with the objectives of the global agenda are the unblocking of the shore of the main metropolitan lake, the closure of an irregular garbage deposit, the regularization of real estate (which ensures the right to housing for the inhabitants of settlements until then informal), and the universalization of the school education for girls and boys at the age of 4 and older.

On March 19, Quito received recognition from the Inter-American Development Bank for promoting one of the five best practices in water management in Latin America. With the case of the Metropolitan Public Company of Drinking Water and Sanitation of Quito (EPMAPS), which invests in the protection of watersheds that supply the drinking water service for the Metropolitan District of Quito, the Ecuadorian capital stood out among the 320 proposals of the contest as a reference in the region in the conservation of paramos and wetlands. Marco Antonio Cevallos, General Manager of EPMAPS, was recognized and participated in round tables on investment opportunities in water and sanitation infrastructures and on the advances in the efficiency of services in the sector.

The International Conference of Local and Regional Authorities, organized by UCLG, took place on March 20 and 21. This event mobilized a delegation of 40 mayors and governors, co-led by Rose Christiane Ossouka Raponda, Mayor of Libreville and Vice-president of UCLG. "Our mobilization, that of cities, municipalities and regions, should not be weakened to achieve SDG6 and SDG11," said Rose Christine. One of the results of the conference was the commitment to the "Call for Action of the Local and Regional Governments of Brasilia on Water", which encourages the implementation of recommendations such as the promotion of water resilience in urban areas, the creation of capacity building in water governance and equitable access to balance quality and quantity for marginalized groups (click here to access the full text).

The World Water Forum is held every three years, and has already been hosted by Metropolis members in past editions: Marrakesh (1997), Mexico City (2006), Istanbul (2009) and Daegu (2015). The ninth edition will be held in Dakar in 2021.
Copyright on this site is licensed under a Commons Attribution-NonCommercial-ShareAlike 4.0 International License
Website by Punt Zero