Urbanisation is a unique opportunity for humanity and for developing welfare and prosperity. However, it has had some negative consequences for cities and citizens. These include the massive pressure on natural land, the shrinkage of urban centres, the loss of historical cultural heritage, the appearance of numerous dwellings without the appropriate level of infrastructure and facilities, the establishment of informal settlements on the outskirts and even within cities, and the emergence of a new urban dysfunction known as brownfields. Therefore, since the 1980s, urban regeneration has emerged as a top priority in urban policy. With this in mind, the webinar, Visions and Challenges in Urban Regeneration, co-organized by the Municipality of Tehran and Metropolis, was held on 7th April.

The meeting was moderated by Kave Hajialiakbari, CEO of the Urban Renewal Organization of Tehran (UROT), and participants shared reflections, experiences and points of view on the issue of urban regeneration.

Kave Hajialiakbari gave an account of the situation in Tehran and its vision for urban regeneration. Their main policies include a focus on the role of inhabitants in regeneration processes; city regeneration as preservation and revival of heritage; and giving specific credibility to less developed neighbourhoods. Pirouz Hanachi, mayor of Tehran and co-president of Metropolis, added to this the idea that the world pandemic, which has affected cities all over the world, has shown the importance of resilience. Moreover, he spoke about how valuable the memories of cities are, and underscored the importance of networks of cities for discussing experiences and sharing ideas. 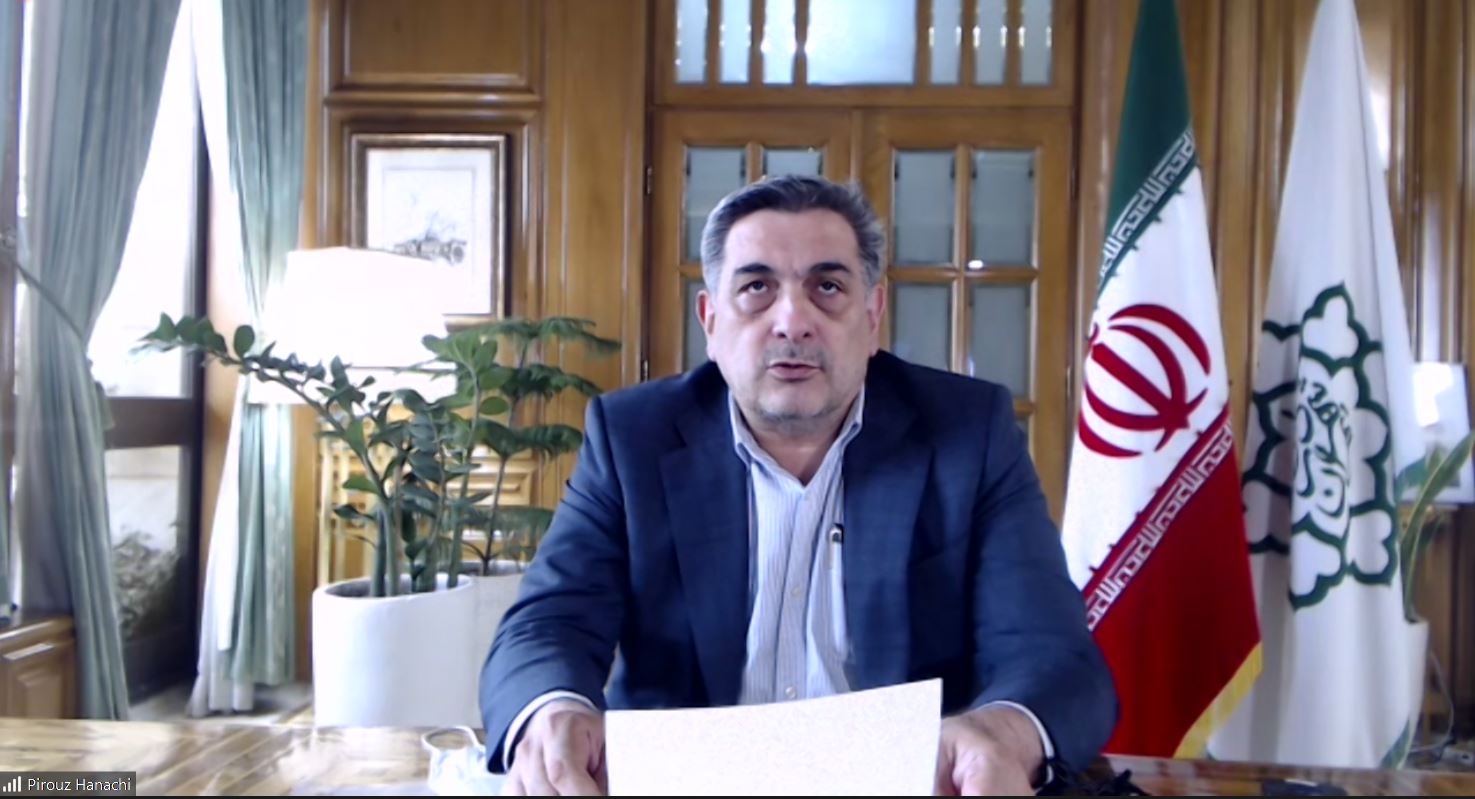 Heydar Eskandarpour, Mayor of Shiraz and member of the Board of Directors of Metropolis, mentioned the challenges in terms of public transport, multi-polarity and poor quality urban infrastructure. Furthermore, he explained that achieving a sustainable society is a goal for Shiraz. In accordance with this goal, the city has adopted three policies: fabric investment, increasing value of properties in the neighbourhood due to the fabric renovation, and motivating people to return to an almost abandoned area. 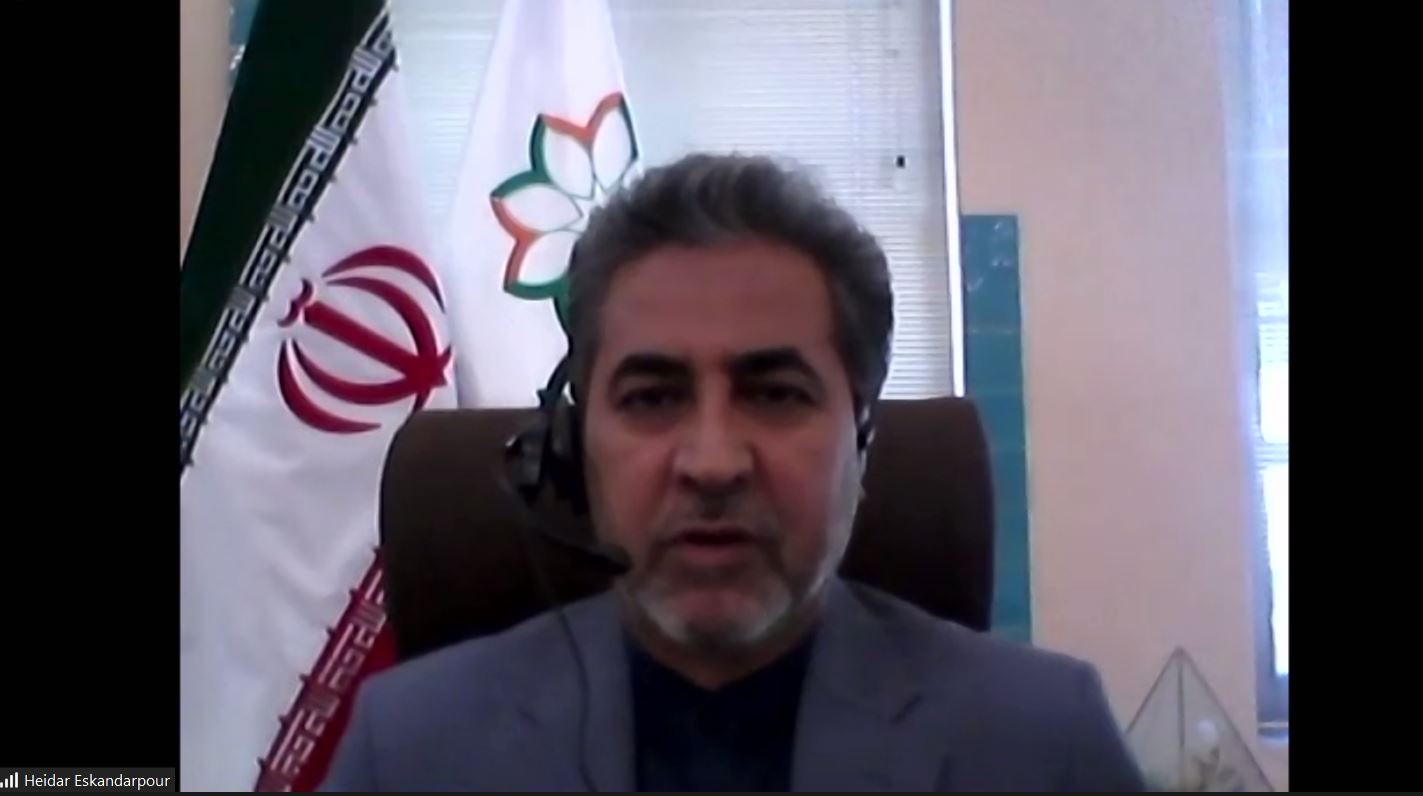 Rana Hammam, adjunct lecturer at the Department of Architectural Engineering and Environmental Design in Cairo, and Mennatullah Hendaway, PhD candidate at the Chair of Urban Design, and assistant lecturer at Ain Shams University, Cairo, highlighted that the goal of urban regeneration is to improve people’s quality of life. They said that in a process of regeneration, new policies are often needed, with more participatory planning frameworks that involve the citizens by empowering them and encouraging them to become actively involved.

They presented three case studies: the urban regeneration of Ain Al Seera Lake (the recent mummies parade); a brownfield case study – the creation of Al Azhar Park; and the urban regeneration of El Darb Al Ahmar. Giving an overall analysis of these case studies, they revealed that there were three common major challenges: a lack of coordination among stakeholders, who should have a shared vision and common goals; residents not being aware of their roles as stakeholders and resisting the regeneration program at the outset, thinking that it will force them to leave their homes/places; and an absence of rules and regulations that maintain existing public spaces and allow for the establishment of new ones.

Kanak Tiwari spoke of the situation in New Delhi, explaining that the residential areas are most problematic. She said that the target outcomes consist in improving quality of life, facilitating sustainably built environments and maximizing the potential of strategic areas. Moreover, she noted that the changes in the next regeneration policy would be flexible and nuanced, outcome-linked, and using integrated and strategic planning.

Özlem TUT, Director of Urban Transformation for the Istanbul Metropolitan Municipality, explained that in Istanbul, they have been conducting studies on how to make existing buildings resistant to disasters. Their main conclusions have led them to focus on determining urban transformation models, creating structures to which reinforcement methods can be applied, and establishing capacity building and information networks.

Octavi de la Varga, Secretary General of Metropolis, pointed out that for a long time, when it came to urban regeneration, our members were more focused on changing cities to beautify them, instead of thinking about their real needs. De la Varga also noted that there are two common challenges across the globe: firstly, the deterioration of historical centres, and the need for their transformation and regeneration; and secondly, the need to regenerate and develop certain areas. In consequence, some questions arise for present and future debate. How do we regenerate inhabited areas? How do we galvanise inhabitants to get involved in this process? What about gentrification? How can we make the most of the old spaces that are no longer in use? How can we connect the past city with the modern city?

Videos
Copyright on this site is licensed under a Commons Attribution-NonCommercial-ShareAlike 4.0 International License
Website by Punt Zero