Towards the right to the city in the African metropolis

The right to the city refers the right to reclaim the city as a co-created space for urban life. It relates to the ability of inhabitants to transform their city, and for society to be transformed by the city. In this sense, it is a territorialised right that nods to the past through cultural legacies, while working towards building a sustainable future. In relation to this right, the second session of the “Metropolitan Governance in Africa” course, co-organised by Metropolis and UCLG Africa, took place on 29 October. The session was attended by 70 participants. 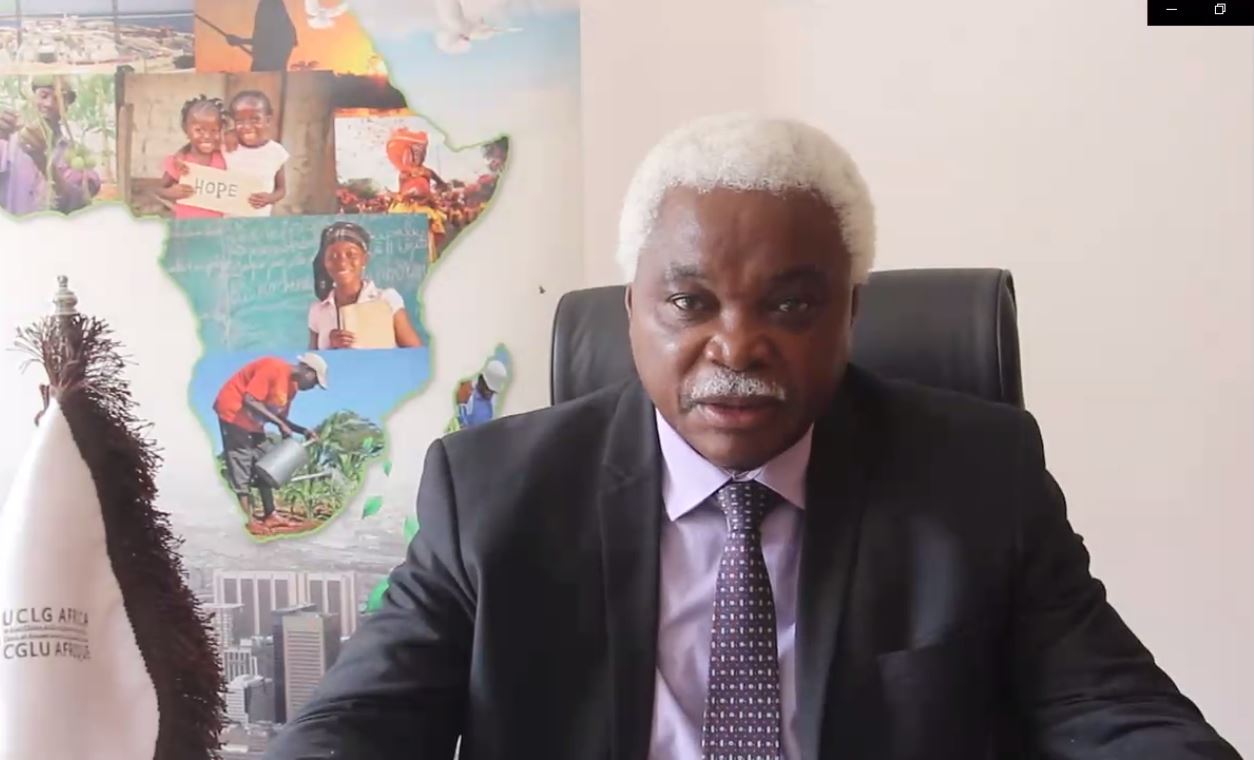 Octavi de la Varga, Metropolis Secretary General, and Jean-Pierre Mbassi, Secretary General of UCLG Africa, gave an opening speech in which both explained the importance of addressing the right to the city from a metropolitan point of view in an African context. Octavi de la Varga expressed that “we have learned that cities keep growing, and this leads to inequality. This means that we, as city leaders, need to think in terms of rights, and in terms of inequality and justice”. After that, the floor was given to four experts, who introduced the different aspects of the right to the metropolitan city in the framework of global agendas, following the structure of Module 2 of the Metropolis online course “Rethinking metropolitan governance”.

“The right to the city is the right of all inhabitants, present and future, to occupy, use and create just, inclusive and sustainable cities, defined as a common good that is essential to quality of life”, Nomkita Fani

Nomkita Fani, Director for Intermediate Cities and Spatial Planning at IUDF, opened the session by analysing the right to the metropolitan city under the framework of the NUA and the 2030 Agenda. “The right to the city is the right of all inhabitants, present and future, to occupy, use and create just, inclusive and sustainable cities, defined as a common good that is essential to quality of life”, stated Fani at the beginning of her presentation. After introducing the three pillars that form the basis of the Right to the City and applying them to the case of South Africa, Dr. Mpilo Ngubane, Chief Learning Officer at eThekwini Municipality, took to the stage to address the right to housing in the metropolitan city. Dr. Ngubane's presentation emphasised housing challenges at a metropolitan level, as the issue is still dominated by the private market.

This makes it difficult to obtain data, especially with regard to the most disadvantaged communities, and makes it harder to offer quicker and more effective solutions.

Genevieve Hartley, MILE Programme Manager at eThekwini Municipality, on the other hand, addressed the right to the metropolitan city from a feminist perspective, with an emphasis on public space. Depending on how a metropolitan space is configured and designed, it can impede or encourage connections, have an impact on safety, and offer people varying levels of autonomy.

Before giving the floor to the next expert, Hartley summed up her presentation by saying that “public space is the stage where gender and social inequalities are generated and reproduced”.

Last but not least, Dr. Mostafa Kheireddine, who holds a PhD from Mohammed V University in Rabat and is an Urban Planner at the University of Montréal, brought the issue of the right to mobility to the debate, a current talking point in the African region. Kheireddine focused his presentation on Casablanca, a North African city that is no stranger to the metropolitan phenomenon. With four metropolitan areas in Morocco, there is a new urban reality full of uncertainty, complexity and multiple actors: metropolisation is a process that is under construction.

If the urban system in Casablanca is transforming, it means that other aspects and services of the city are undergoing metropolisation, or will in the future. One such area is strategic urban planning, which has seen its scope of action change, along with transport, as the city does not currently have an integrated transport system. Finally, although it is a challenge to change mentalities and get people to use public transport more frequently, it is important to note who uses public transport: between 40% and 50% of people who use public transport are women.

At the end of the session, participants were given the opportunity to discuss their experiences with the right to the city with the experts, and draw parallels between their own experiences and the experts' presentations.

Take a look at this infographic on the first session of this course. The information it contains is extremely important, not only with regard to the growth of cities in Africa, but also in relation to the role and place of women in urban development at a regional level. 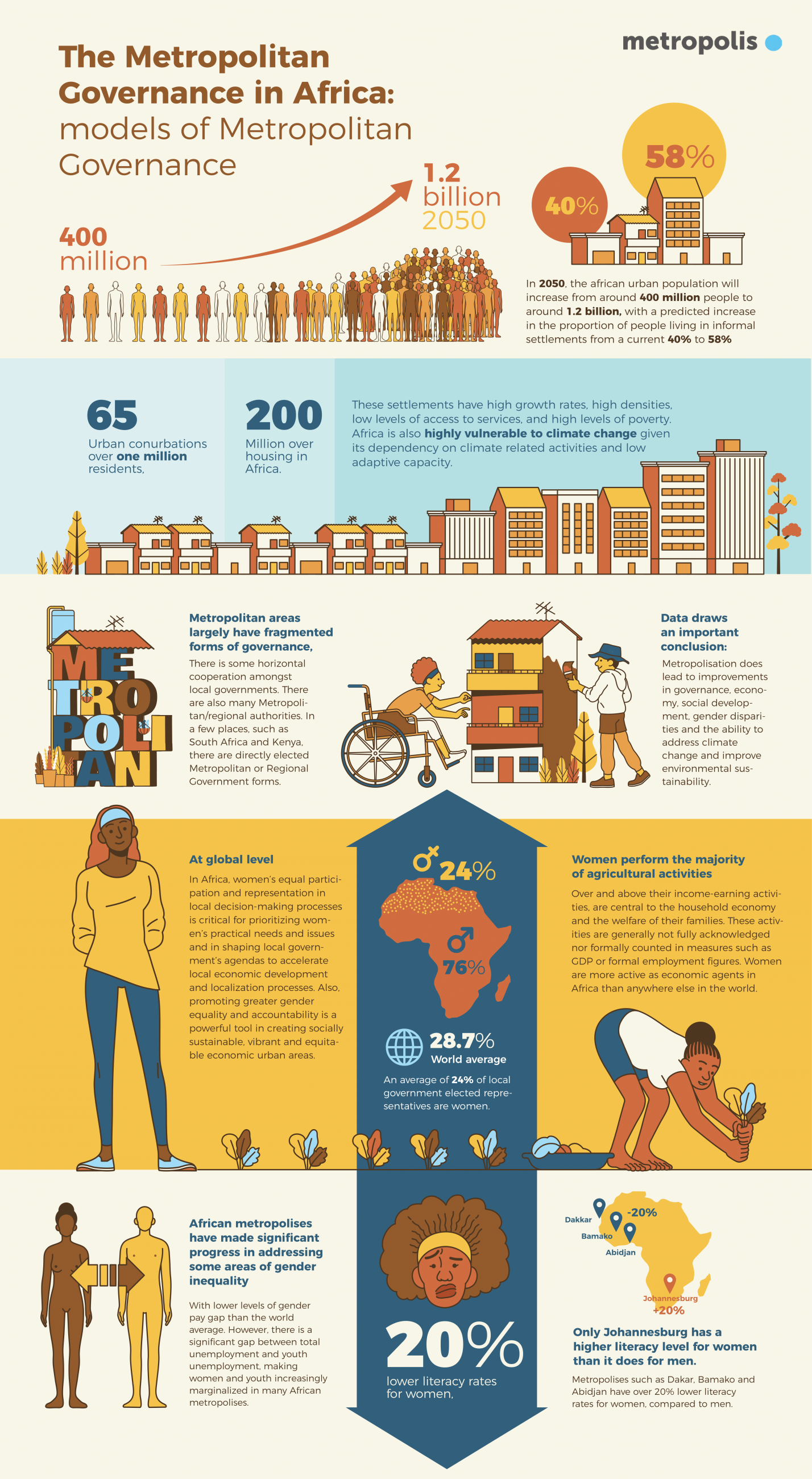 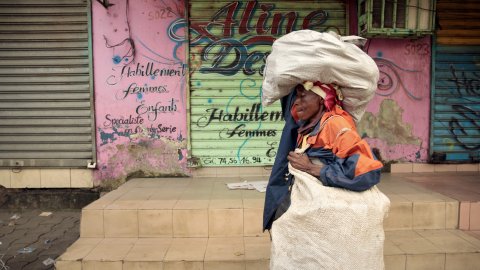 Metropolisation: providing a response to challenges in Africa
Copyright on this site is licensed under a Commons Attribution-NonCommercial-ShareAlike 4.0 International License
Website by Punt Zero