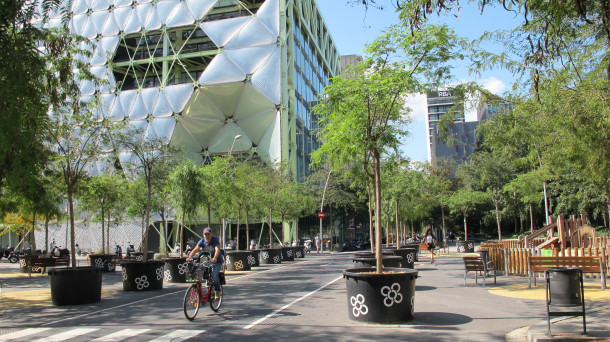 Tactical urbanism or how to humanize our metropolises

Between the 19th and the 20th of September, the new pilot project, “Tactical Urbanism”, kicked off in the City of Barcelona. Led by the Mexico City and in cooperation with Medellín, Barcelona and the City of Paris as partners, this project will look at how metropolises design specific interventions to recover public spaces through citizen’s participation.

Most of the world's population lives in urban territories. The increase in urban population is exponential and it is expected that by mid-century more than 70% of the Earth's population will live in cities and metropolises. This leads to pressing challenges in those territories that require rethinking how metropolises and cities are designed, such as the rise of atmospheric pollution, the lack of community spaces, or the need to improve mobility.

In this sense, tactical urbanism has emerged as a response to those needs. “Tactical urbanism” often refers to small-scale, low-cost, temporary improvements as a way to stage more substantial investments improving the quality of life in local neighborhoods. Tactical urbanism fosters active citizenship participation while enabling ross-sectoral cooperation. Another way to describe it would be "learning by doing”. From a tactical urbanism approach, tactical and temporary urbanism is a planning tool used as a key to solve the present and future challenges that metropolises and cities face.

It’s with this angle that the participants gave the start of a two-year collaboration that will see an exchange of knowledge in designing strategies of tactical urbanism and citizen participation in the metropolises, fostering urban creativity and civic innovation. During their visit in Barcelona, representatives of Medellín, Mexico City, and Paris got acquainted with the “superblocks” that the city of Barcelona implemented on the basis of experiences of Tactical Urbanism. 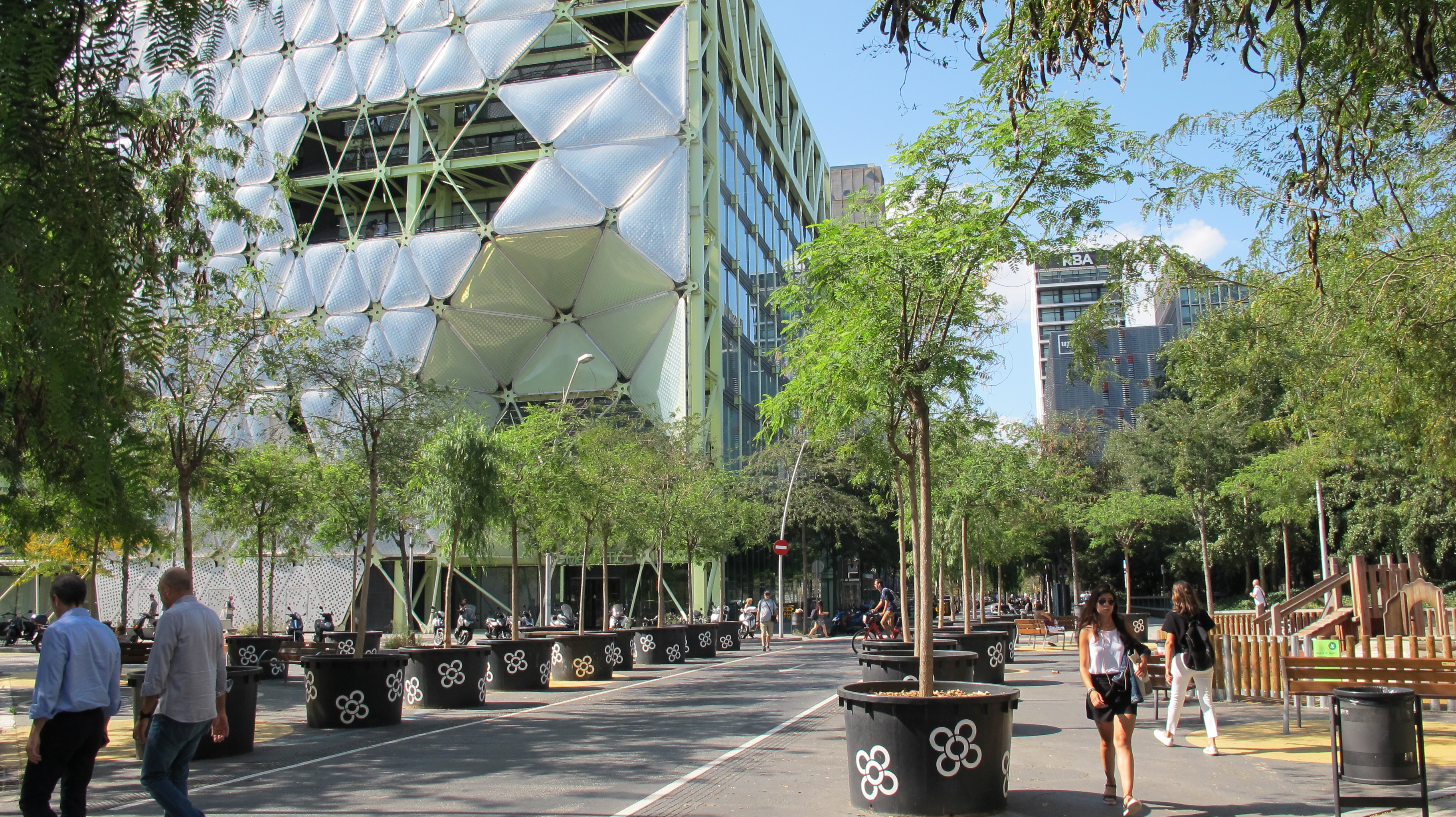 This change in the distribution of public space originated from a "tactical urbanism" approach.  Students of several architecture schools, along with the participation of neighbours conceived solutions such as the temporary installation of urban furniture elements or trees being planted in mobile containers. The approach made it possible to introduce modifications based on the results of a participatory process which has given rise to a children area, ping-pong tables or ephemeral markets. The provisional nature of these solutions was consolidated, in a second phase, for a permanent basis, through conventional civil engineering works. Project participants discovered that, at this “Superblock”, social cohesion significantly increased while environmental impacts of vehicles was reduced.

As a second part of the Pilot Project’s activities, participants travelled to Paris to experience firsthand another model of Tactical Urbanism at the French Capital, taking advantage of the Journée sans Voiture (The Day without cars). The participants to the project will meet again next year in Medellín and finally in Mexico City, where they will get to know the different projects implemented by these two cities and the existing challenges in these two different realities. Meanwhile, the partners will collaborate by exchanging feedback and methodologies on their respective approach, thus fostering the creation of a guide and methodological tools on their strategies of metropolitan tactical urbanism and citizen participation. 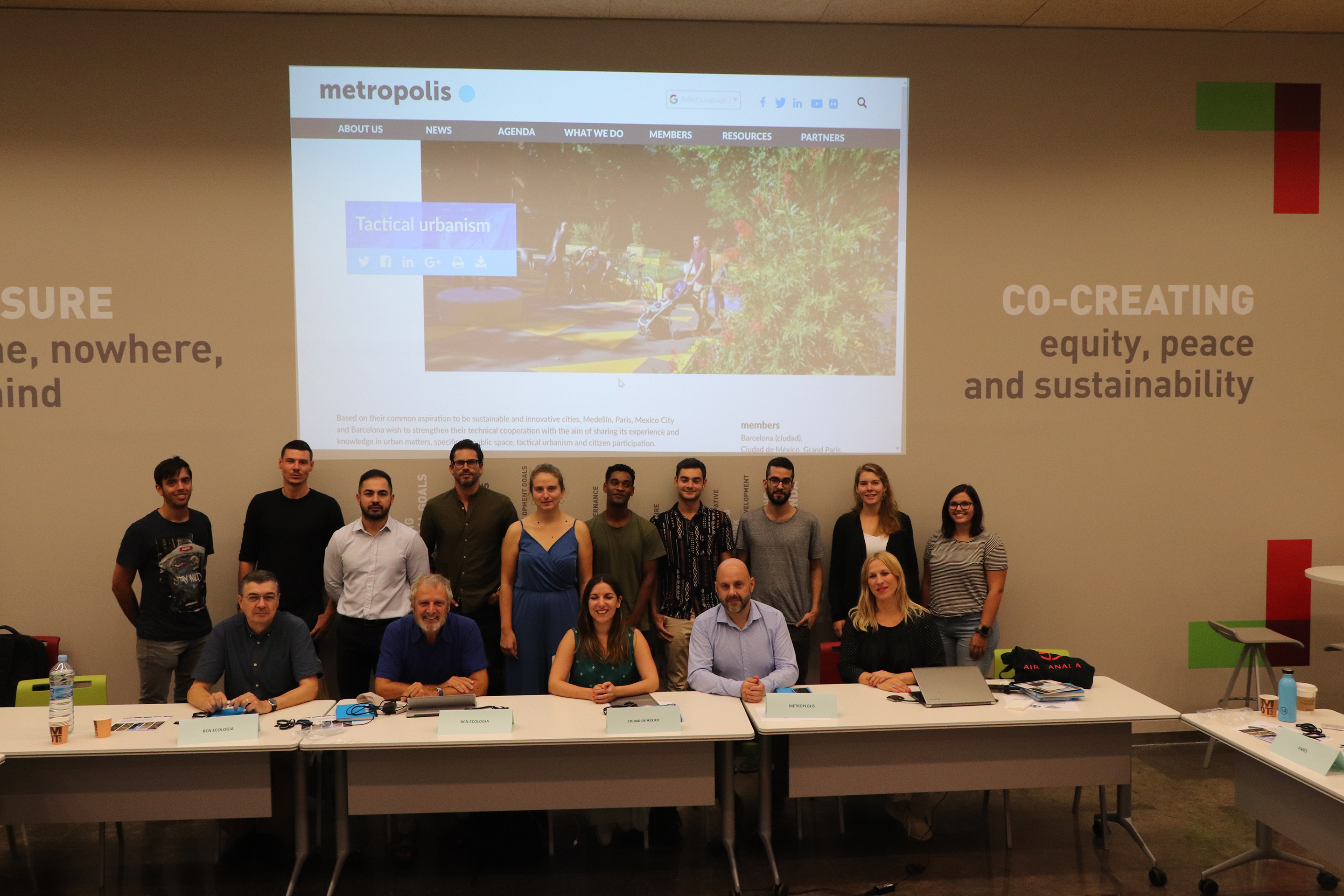