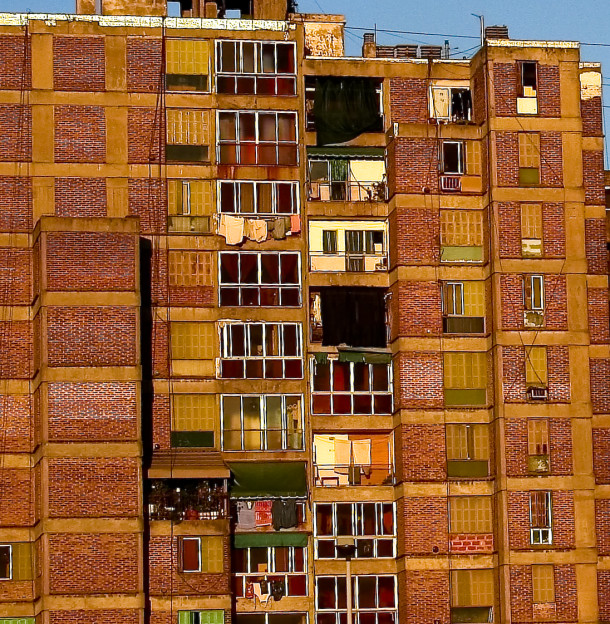 “We need to coordinate different policy areas to agree on the most important issues for citizens, such as mobility, the environment and health. The debate on the metropolitan scale is one that needs to be started now in Argentina”, said Carlos Lazzarini on 16 September during the virtual seminar: “Gobernar Espacios Metropolitanos” (Governing Metropolitan Spaces). Given that today, over 50% of the world’s population lives in cities, and that this figure is expected to rise to 68% by 2050, there is no doubt that our quality of life depends on how cities are designed and managed.

During the virtual seminar, Octavi de la Varga (Metropolis), Zulma Bolivar (CIDEU) and Carlos Lazzarini (ICaP) reflected on the steps that need to be taken to consolidate the metropolitan scale in Latin America and, more specifically, in Argentina.

Let's start at the beginning. A metropolitan space is when a traditional municipal and/or city scale is not enough to manage the functional operation of a particular area, and citizens’ needs exceed political and administrative borders. Today, metropolitan spaces face enormous difficulties, such as unstoppable urban growth, inequality, segregation, mobility, access to services, public legitimacy, digital disruption and resilience—not only environmental, but also social and economic resilience. 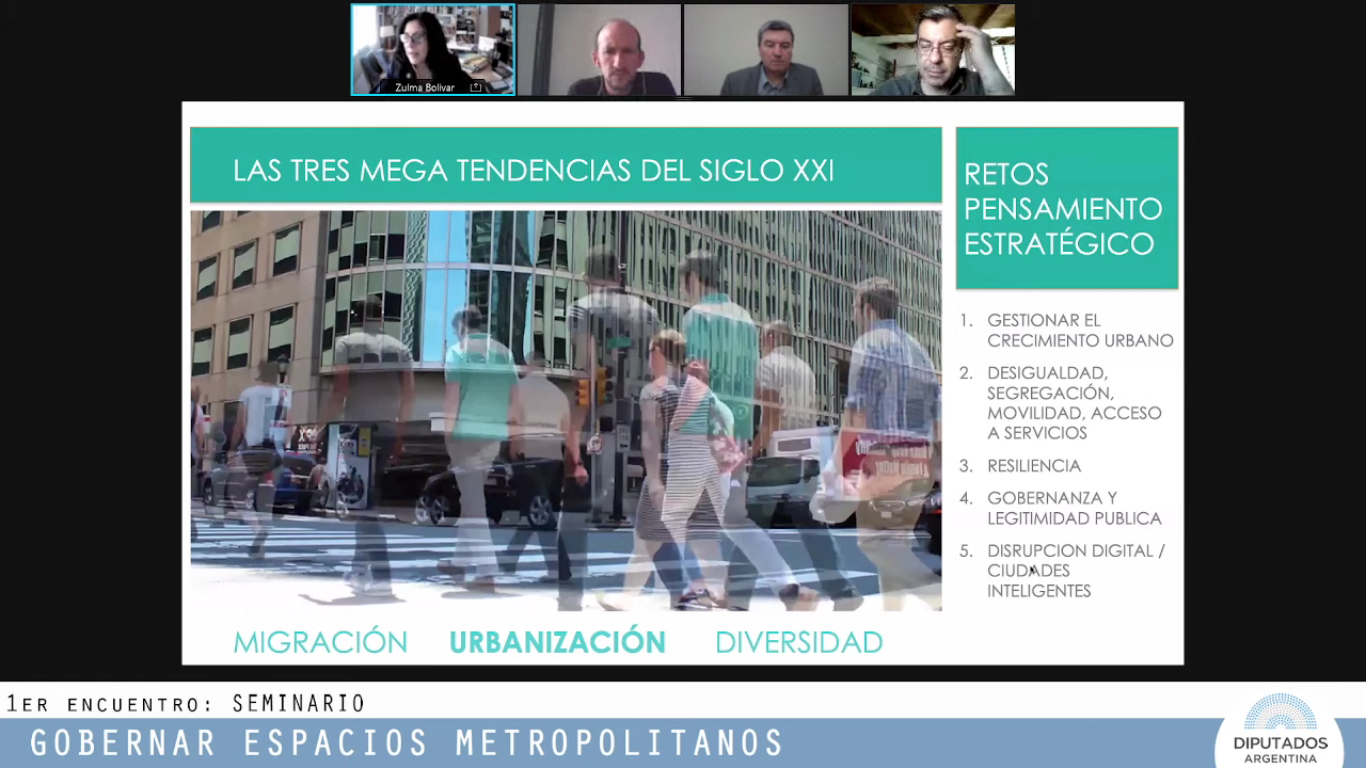 That’s why “governing metropolises in the 21st century is a matter of coordination. And it is up to politicians to design governance models, using technology of course, that are more efficient and make decisions in real-time”, commented Zulma Bolivar.

Let's put theory aside and take a look at an example. There are currently informal settlements throughout Latin America, from Caracas to São Paulo and Rio de Janeiro. The answer to this situation lies in “renewal and planning, and this can only be achieved through proper governance.” Large cities in the 21st century are metropolitan spaces that need to be governed in a network by applying vertical multilevel governmental coordination and horizontal logic to manage the region, its activities and interrelationships. 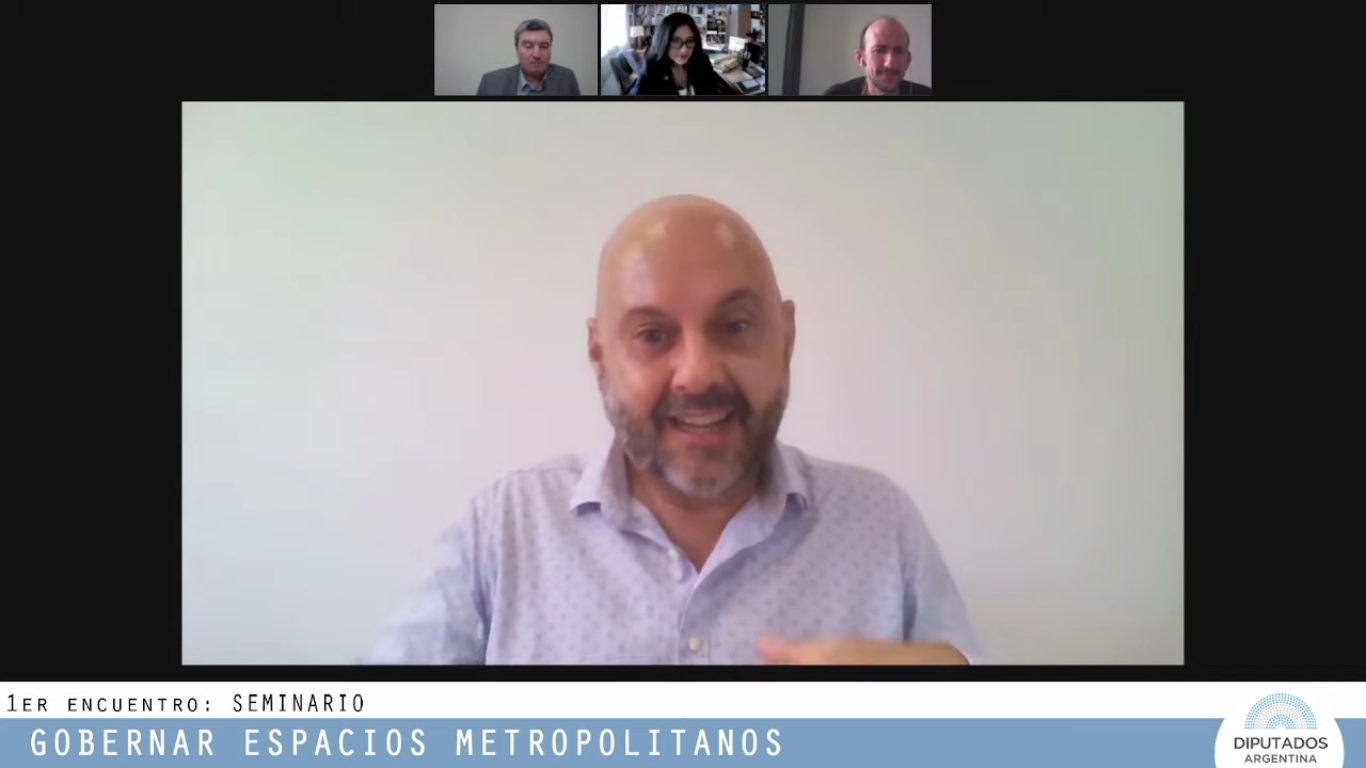 Currently, and perhaps almost universally around the world, metropolitan governments are still seen as disruptive actors and a counterweight to other national bodies. However, as Octavi de la Varga reminded attendees, metropolitan spaces are a reality that exists, whether or not they are represented by an institution. It is increasingly necessary to take this into account, because there are multiple aspects that impact citizens—such as the issues mentioned above—that need a metropolitan perspective to be properly handled.

“The clearest case is Bogotá, where there has been clear political leadership both from the Cundinamarca region and the municipality of Bogotá.”, Octavi de la Varga

After an assessment, we must launch into a metropolitan debate in countries that still require one, such as the case in hand—Argentina. To this end, De la Varga recommends starting with the question: What political leadership and consensus is there to achieve this metropolitan reality? “The clearest case is Bogotá, where there has been clear political leadership both from the Cundinamarca region and the municipality of Bogotá.”

Secondly, he highlighted the need for a shared perspective of the region and identifying the required legal and institutional frameworks, as well as available financial resources. Consolidating an idea of both the ideal and current scope of a city like Buenos Aires is important, because there is no single metropolitan model. Metropolitan governance involves managing complex spaces, which vary in size, population and degree of development, Bolívar explained.

“Metropolitan governance requires not only new strategies to coordinate different areas, but solid structures with well-defined competencies and the operational and financial capacity to move from discourse to action.", Zulma Bolivar

Training is another significant factor. “It is crucial to have technical teams that understand metropolitan dynamics”, De la Varga explained. Zulma Bolivar added: “Metropolitan governance requires not only new strategies to coordinate different areas, but solid structures with well-defined competencies and the operational and financial capacity to move from discourse to action.”

It is also important to ensure citizens are involved in the debate. “Ordinary citizens do not appreciate the metropolitan scope; citizens are not aware of the metropolitan scale because they do not feel a sense of ownership over it, and it is too distant. We must explain the benefits of services working within a network, such as electricity or water. (...) Ordinary citizens need to see evidence that it is better for them to live in a metropolitan area, because it will improve their quality of life”, Bolivar said. Undoubtedly, for organisations such as Metropolis or CIDEU: “Training is key, and communication is the challenge we face.”