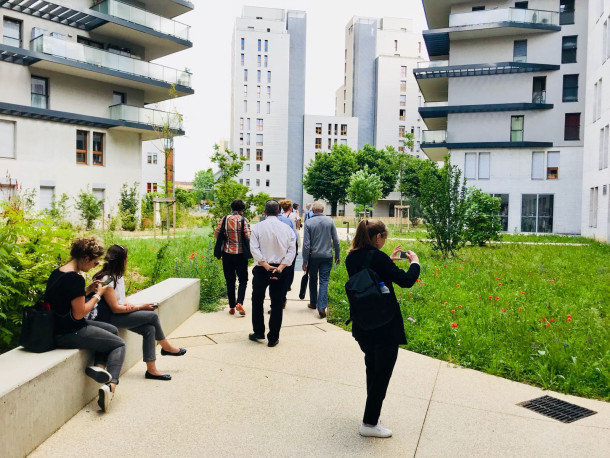 Between last June 5 and 8, Brussels and Lyon hosted the first activities of the pilot project "Innovations of revitalization strategies by the urban project", whose leader is the Brussels-Capital Region and partners are Greater Lyon and the Montréal. The project also benefits from scientific contributions from the Université Catholique de Louvain (Metrolab/LOCI-UCL), the University of Lyon (École Nationale des Travaux Publics de l'État), the University of Québec in Montréal (UQAM), and the Paris Region Urban and Environmental Agency (IAU Île-de-France).

The main objective of this project is to exchange experiences on strategies and processes of revitalization of cities in reconstruction through concrete examples of major urban projects, through the analysis of five themes: urbanity, urban design, participatory processes, operational design of the project in financing and regulation, and governance. The results are directed to public organizations dealing with comparable issues, and will enable local authorities to find solutions to the problems they encounter in managing major urban projects.

On June 5 and 6, the technical meetings and visits took place in Brussels. During these two days of work, the 18 participants discovered some of the urban projects set up by the Brussels-Capital Region.

The team of Bruxelles Urbanisme Patrimoine (Bety Waknine, Benoit Périlleux and Tony Van Nuffelen) presented the institutional context in which the project  « Plan Canal » is framed. This project is located on an area of 700 hectares (including 300 hectares of public land) along the Brussels Canal, and aims to strengthen economic activity, create housing units, improve public spaces, and promote a mix of functions and populations, by working on urban forms and programs that allow the compatibility of its functions. The “Plan Canal” benefits from a multiple governance established through the co-construction of projects between public and private actors via negotiated urban planning, in order to guarantee the respect for the principles of the plan, as well as the feasibility of the project and their social and territorial coherence. The activities in Brussels ended at  Kanal-CentrePompidou the new cultural center established in the heart of the canal’s land, with exchanges concerning the study, the themes and the methodology of the pilot project.

On June 7, the participants went to Lyon to continue the exchanges and discover the projects set up within this metropolis. After a general presentation of the metropolis by the Greater Lyon Territorial Strategies and Urban Prospects Department, the participants learned about the  « Mission Gerland », a project based on three specific ambitions: to create a real district filled with life and centralities, to strengthen the economic, scientific and sports centers already present, and to increase the spaces of nature. Mission Gerland has its own governance model to ensure that the coordination and management of the urban project is part of an overall coherence of municipal and metropolitan public policies while mobilizing the private sector in the decision-making process.

On June 8, the participants were received at the Vallée de la Chimie (“Chemistry Valley”), which is established in a perimeter integrating 12 municipalities and nearly 100,000 inhabitants on a territory of 9,400 hectares. A new development and development master plan for the valley aims to propose a diversified landscape development strategy and the development of a new mobility offer, while reinforcing the industrial and research & development character of the area.

The next meetings of this pilot project will take place in Montréal next September, and in Paris in April 2019. The final results of the project will be presented during the summer 2019 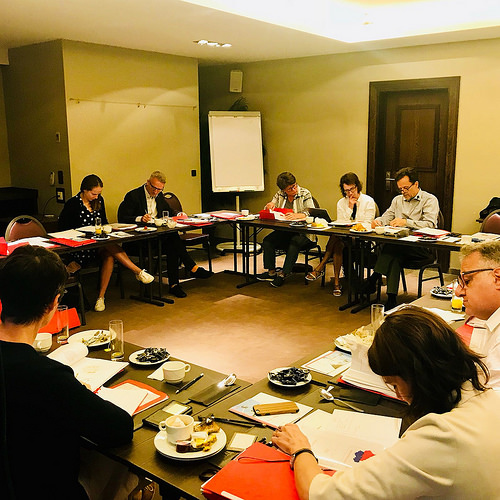