Reflecting metropolitan reality in institutions: how and why

In certain metropolitan areas (whether or not they are formally constituted, and usually with a population of over one million inhabitants) people often live in one municipality, work and shop in another, and go out for dinner in a third. And all of this takes place without a single organisation coordinating the planning and management of this metropolitan situation. We discussed the metropolitan dynamics of cities and the challenges they face during the First Metropolitan Forum of Seville, which was held by Seville City Council and Pablo de Olavide University on 18 March.

This space for debate and collaboration between institutions and civil society was held in a hybrid format and attracted dozens of viewers to its live broadcast on YouTube. The Forum helped to highlight the extent of the similarities between metropolitan spaces from all around.

Creating organisations responsible for coordinating service provision and planning for those functional situations that stretch across several municipalities clearly has positive effects on regional development as a whole. It reduces negative externalities and manages to coordinate the strengths of each municipality to turn it into a collective value.

As Octavi de la Varga, Secretary General of our association, explained during the meeting, when creating new metropolitan organisations, it must be kept in mind that they should not only attempt to coordinate activities in the region, but they must also seek metropolitan governance, which involves working in parallel through coordination across five key areas:

First and foremost, leadership and political will so that, beyond political or economic interests and desires, there is an agreement on the fundamental and necessary aspects to achieve homogeneous regional development, without any significant imbalances.

As Juan Romero González, Geography Chair at the University of Valencia, said, this is not a diagnostic problem: “We just need a clear political will to change things.”

In second place, a shared and co-created vision, or in other words, having a shared perspective on what the region wants to achieve beyond short-term political mandates.

Building this vision requires legal and institutional frameworks that allow for effective coordination of the different situations in a metropolitan area.

Likewise, constant work must be carried out to ensure that citizens can feel part of a project that transcends municipal boundaries, without losing their sense of belonging to a particular district, therefore achieving a metropolitan identity.

And finally, human, technical and financial resources are required. Without these resources and the capacity to execute, metropolitan areas will continue to be an extra step in territorial coordination, without having a real impact on citizens.

The truth is that, as we were reminded by Mariona Tomàs Fornés, Professor of Political Science at the University of Barcelona, there is no ideal formula for starting the process of a new metropolitan institution. However, when choosing between one governance model and another, you should take into account the resources you have, as well as the competences and legitimacy you want to provide, and the position it will occupy on a multilevel system.

To illustrate this, the debate took the opportunity to address the case of Seville: what is the city’s metropolitan governance model?

“We have some of the attributes of a metropolitan area: regional consolidation, established metropolitan functions and the development of metropolitan nodes over recent years—such as the case of Cartuja.”, Fernando Martínez Salcedo

Fernando Martínez Salcedo, CEO of the Seville Corporation for Municipal Enterprises, Seville City Council, did not hesitate to state the following: “We are metropolitan.” Or, at the very least, as he pointed out, “we have some of the attributes of a metropolitan area: regional consolidation, established metropolitan functions and the development of metropolitan nodes over recent years—such as the case of Cartuja.” In Salcedo's words, the challenge now is to solve the dichotomy between a functional area and its overlapping governance structure. 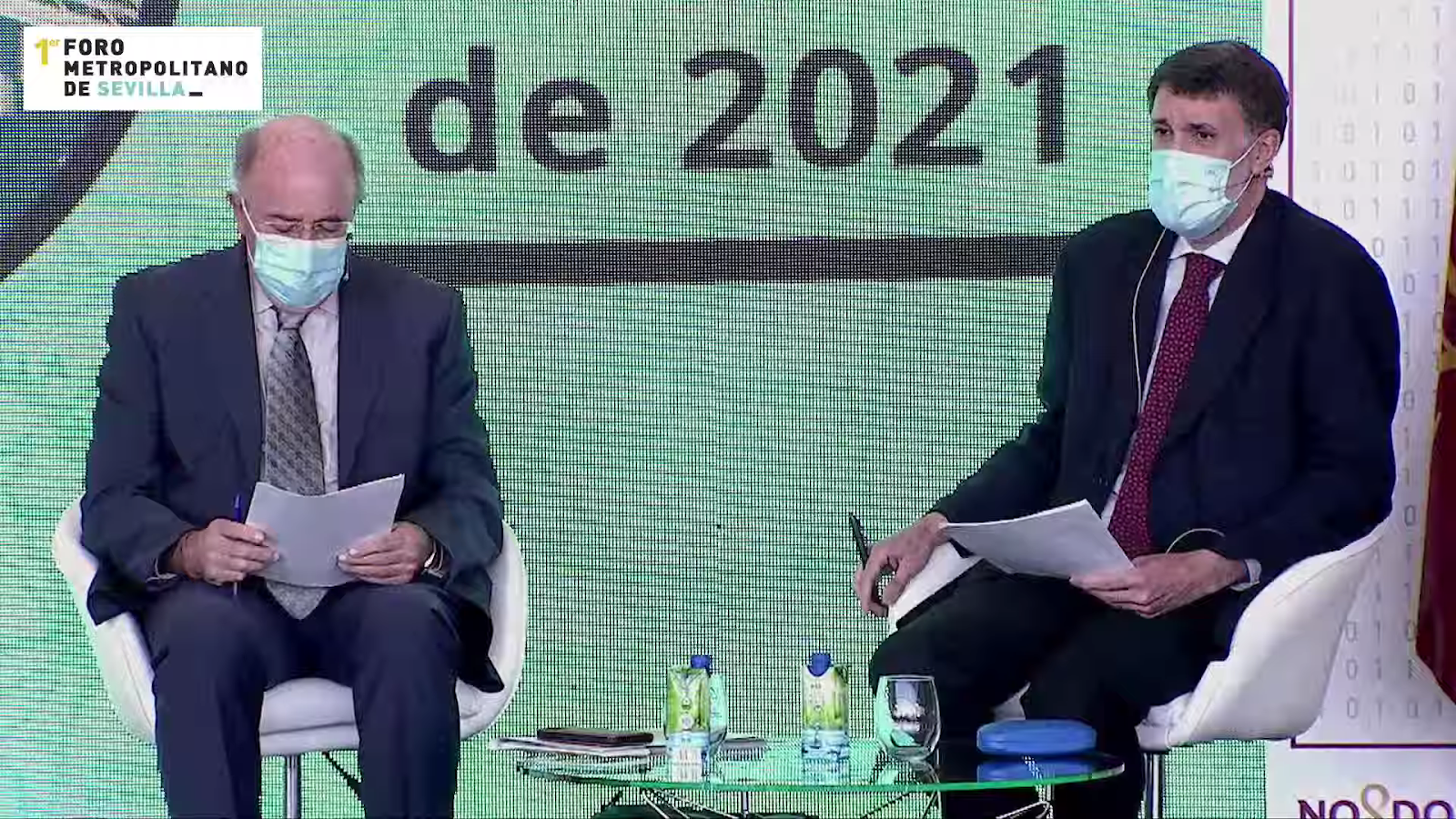 Tomàs then added: “You are in a voluntary process and, until you reach a political agreement, you have to focus on the issues you can cooperate on, and think about which structure is best.”

The debate participants agreed, to varying degrees and with different emphases, that any attempt to set up institutions in metropolitan spaces must have the central objective of improving the quality of life of the region’s inhabitants in order to have a future and be effective. This is achieved through economic development, environmental sustainability and social cohesion.

If these objectives are not clear from the very start of the process, they can be perceived as an added bureaucratic layer that is irrelevant for practical purposes.