On 2, 3 and 4 May, the city of Berlin, together with Metropolis, the Friedrich Ebert Foundation and the Technical University of Berlin, co-organised the workshop and forum "Cities as actors." The workshop culminated in an initiative that started with "PrepCity1" (Buenos Aires, May 2015) and "PrepCity2" (Mexico City, March 2016). These events brought together representatives of the governments, members of Metropolis, experts, and representatives of international agencies and NGOs.

With the city of Berlin at the helm, Metropolis has spent the past year analysing and debating the different elements that should be included the New Urban Agenda (NUA). The NUA will be decided on in the Habitat III conference (Quito, October 2016) and will cover the main aspects of the 2030 Agenda with an impact on cities.

Following the work carried out in previous sessions and case studies, it became clear that the NUA has to cover the following issues:

Moreover, proposing a set of principles that will make for better cities, related to sustainability, economics, culture and governance.
Finally, the Prepcity initiative has also highlighted a series of measures to monitor and implement the progress made by cities towards the Sustainable Development Goals.
All of these results will be presented as part of the German Habitat Forum, which will take place on 1 and 2 June in Berlin. 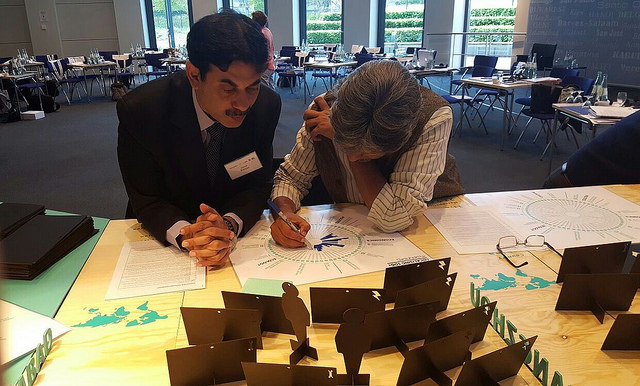 Members
Berlin
Documents:
Copyright on this site is licensed under a Commons Attribution-NonCommercial-ShareAlike 4.0 International License
Website by Punt Zero