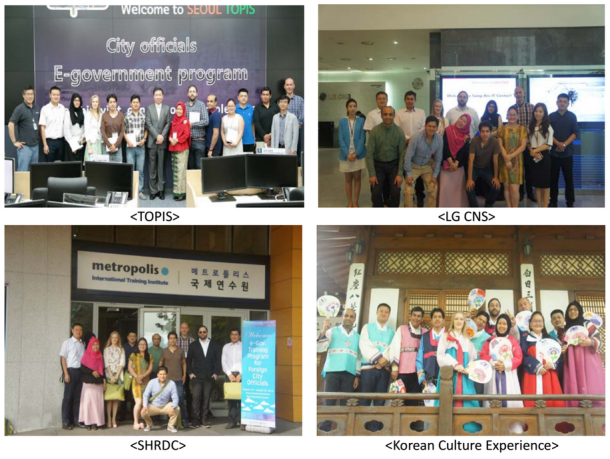 During the program, participants had an opportunity to learn more about Seoul’s innovative and best practices in e-Government as well as to network with IT-professionals, researchers and other city officials. Lectures on several e-Government related subjects were delivered: e-Government initiatives of Seoul, a smart city and e-Government in Korea, the use of IT in Seoul’s Traffic Management, e-Government administrative reforms, and Big Data Innovation. Also, cultural tours and technical visits to Seoul’s e-Government facilities, such as the Seoul Transport Operation & Information Service (TOPIS), and other related site visits were included in the program.