Multiculturalism, Sports and Investment in Kazan

Sporting mega-Events Ooten deplete a city's resources for the benefit of their organizers. A Russian metropolis has succeeded in inverting this trend.

White elephants, deepening inequality, wasted investment and vows not to repeat the same mistakes again. Those are tales we have become all too accustomed to hearing from cities that host mega-events, to the point that it is increasingly difficult to find municipalities willing to do so. Kazan, Russia's sixth most populous city and one of Metropolis´s newest members, has attempted to buck the trend and harness those opportunities to invest in the city’s social, recreational, and environmental infrastructure to improve quality of life through a suite of formal and informal public policies, with the goal of maintaining its diverse identity while opening itself to the world.

Indeed, said diverse identity is perhaps the city's most interesting asset, that which gives it its uniqueness, as almost equal proportions of Orthodox Christians and Muslim Tatars have lived side by side for centuries without conflict. As such, when Kazan hosted these mega events, another element of difficulty was added, as increased investment and globalization always carry the potential to upset a city's social equilibrium.

It all began when Kazan celebrated its 500th anniversary in 2005, as the city entered the world stage by applying for and eventually hosting the XXVII World Summer Universiade in 2013. The event brought in $3 million in investment and generated 23,000 jobs, and was a harbinger of things to come. “The early events were very helpful to compete for other events,” said Ruslan Galiakhmetov, who heads the city’s Investment and Innovation Unit. In quick succession, Kazan then hosted the FINA World Aquatic Championships in 2015, FIFA Confederations Cup in 2017, and FIFA World Cup in 2018.

To avoid the all too common white elephant problem, Kazan was a trailblazer in creatively reusing earlier infrastructure. For example, the city placed competition-regulation swimming pools inside the Universiade’s football stadium. The massive levels of interest in the FIFA World Cup required a different level of investment (and its own new stadium), but Kazan was able to seize on the cumulative potential of sporting events by shrewdly reinvesting revenue from the initial events and eventually being perfectly prepared to host the latter tournament.

Indeed, thanks to the sporting events it hosted, Kazan built 20 new sports facilities over the last decade for a total of 2,100 sport and recreational facilities citywide, from small playgrounds to high-caliber football pitches. And current Mayor Ilsur Metshin hopes to use the city’s sporting reputation to increase citizen participation in sports from the current 40 percent to more than 50 percent by 2030.

However, Kazan was careful to not spend these funds exclusively on sporting infrastructure. By leveraging state and federal money allocated for these international sporting events, Kazan built or renovated eight parks and public gardens. Those improvements catapulted the city from 45th to 7th place in Russia’s environmentally-friendly city rankings.

“With sporting events, you can attract funding that can be used for improving infrastructure, roads, and parks, as well as doing green development in the city,” Galiakhmetov said. As mentioned, above, though, Kazan was cognizant that becoming a world-class city might dilute some of its multiculturalism. To that end, the city rebuilt the local House of Friendship where ethnic and religious groups can share their customs, traditions, and culture. “The goal is to preserve this diversity and heritage,” he said.

Other city programs to encourage cross-cultural contact include summer schools for students to learn the language of other ethnic groups and a web portal with information about the city’s diverse population. There is also an unofficial city policy to maintain parity in funding for religious buildings so that mosques and churches receive roughly equal public support for building maintenance and construction.

“With all these globalization processes the goal was to try to preserve unique ethnic traditions and try to keep this heritage so that people will also know their culture, tradition, and languages,” Galiakhmetov said. In an era when cities are becoming increasingly homogenous especially in the face of international events, Kazan’s efforts to maintain its unique culture is noteworthy. The city now aspires to host the Summer Olympics. Kazan’s toolkit touches on SDG3 by encouraging healthy living through sport, SDG11 by making the city more sustainable through parks, and SDG16 by encouraging ethnic harmony in a diverse population setting.

Documents:
Solutions for and by cities
Referenced alliances 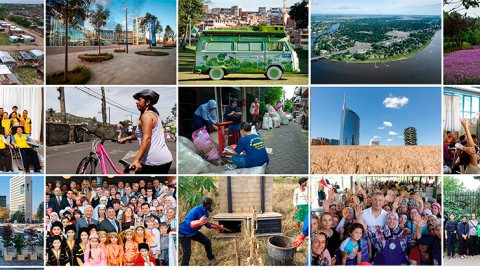 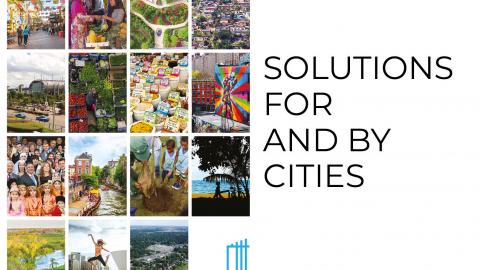