To mark the 75th Anniversary of the United Nations, the UN Secretary-General has launched a worldwide conversation on the role of global cooperation in building a better future. This consultation is a milestone for further understanding what citizens and stakeholders from around the world think about the future of multilateralism and its role in managing global trends. Metropolis organised an online debate to provide participants with a metropolitan perspective on this topic.

At the request of the United Nations, UCLG committed to publishing a report on how local and regional leaders see the challenges ahead, what the organization imagines for the future, and how we can build a networked, multilateral system that can meet these aspirations. In order to answer these questions, Metropolis, with support from Barcelona City Council, organized an online discussion, on May 25th, titled “The place of metropolitan spaces within the future of multilateralism”. The session was attended by over 100 people, with the participation of representatives from 20 of Metropolis members and from 9 partner organizations.

The consultation was carried out at a time when the COVID-19 pandemic had already expanded across the globe, with its primary impact on people living in urban spaces. It has highlighted, in great detail, the complexity, overlap, and interdependence of pre-existing city dynamics, including urban, social and economic inequality, gender disparities, and access to health services, to name a few. Even more, "the pandemic accelerated challenges and existing trends", as stated Henri-Paul Normandin, International Relations Director of Montréal and former ambassador of Canada to the UN, during the online debate. It is irrelevant that some of these dynamics are the result of global trends - local authorities have, in every case, been at the frontline of providing a response, as they have every time an urban-focused crisis appears. Given that there is a broad spectrum of multilateral institutions designed to help cities provide an effective response to an increasingly complex scenario, the authorities have managed to respond in line with local needs.

As affirmed by Metropolis Secretary General Octavi de la Varga during his opening, the session aimed "to share views on global agendas, which are the main issues of multilateralism, and how to tackle them", with a special focus on major cities, which have a huge impact on a big part of the world population. In this line, Emilia Saiz, UCLG Secretary General stated that it is urgent "to put local and regional governments at the heart of the international discussion. But to do it, we need a global vision. [...] We must understand that we can not do global without local." Ms. Saiz's arguments were then sustained by Augustí Fernández de Losada, Director of the CIDOB Global Cities Programme, who insisted: "Metropolises have a major influence on the global sphere, and vice-versa. We need to overcome a mere symbolic impact and enhance cooperation".

The perception that multilateral institutions do not have effective and practical answers to local challenges has given more weight to the pre-existing debate surrounding the role of these institutions. In some cases, this perception has also been used to argue that multilateral institutions can be a threat to local and regional power. About this topic, Laia Bonet, Barcelona City Council Deputy Mayor for Agenda 2030, Digital Transition, Sports and Territorial and Metropolitan Coordination, highlighted: "The current crisis is a defining moment for the future of the multilateralism. [...] Introducing thousands and thousands of people into the international dialogue is a challenge", but indeed this is necessary. As a matter of fact, this period of emergency provides the opportunity to make some new urban challenges more visible. In this regard, Ms. Bonet pointed at digital rights that "should be incorporated in the new generation of human rights at the same level than housing". But she also mentioned challenges related to gender spaces, and stated that a "feminist multilateralism is an urgent need!". Ana Falú, Chair of the UN-Habitat Advisory Board, UCLG Ubuntu Advisor and former Regional Director of UN-Women for South American countries reflected, insisted on this topic: "being a woman doesn't guarantee you anything in metropolitan leadership".

On the other hand, the deceleration or halting of the decentralization process seems to be a common element across most regions, although there are significant differences as to the scale of this change. Local and regional governments, based on their experience as first responders to the needs of their citizens, see this as a risk to their autonomy and to their capacity to provide effective and immediate solutions. Accordingly, many questions raised about the future of multilateralism. Ms. Falú questioned in this line: "how are we going to intervene on the weakening of multilateralism? We have to rethink it, to challenge it together".

Against a backdrop of recentralization, multilateral institutions can play a central role in facilitating the dialogue between local and central governments. However, the presence of these institutions on a local scale is, most of the time, not enough to influence their decisions and initiatives. That is why we expect to see further actions by local governments looking to have a real impact in multilateral institutions, not just a token presence. Cooperation between cities has increased in recent years, and is now the fastest and most effective strategy to share projects and knowledge. "It's time to cooperate, not to compete"  affirmed Paola Arjona, Technical Director of AL-LAs. This direct cooperation has shed light on the difficulties that central governments have with the same process. The consultation showed a common consensus that we will need spaces to strengthen city-to-city collaboration, and that multilateral institutions can play a central role in the construction of spaces in which metropolises, given their scope of action in terms of territorial, population and political representation, are called on to become core actors. In this respect, Aromar Revi, Director of the Indian Institute for Human Settlements and UCLG Ubuntu Advisor, highlighted: "metropolitan areas have the capacity to build connections", adding then: "citizens' mobilization is key to see real change".

Another key topic that has also been raised by the pandemic is the issue of financing models in local governments and how the mid- and long-term effects of this crisis will be paid for, along with pre-existing social and economic challenges. To tackle this issue, government financial models and structures should be updated and adapted to an economy that is globally interdependent and interconnected, without losing autonomy or opportunities. To facilitate this, multilateral organizations, as global actors, should be called upon to play an important role in this change.

The pandemic has increased the urgent need for a broad and inclusive debate about human rights, and how, more than 60 years after their official acknowledgement, they could be updated to the current reality of our cities, which are more interconnected and interdependent than ever. In this process, digital rights and the right to the city must be discussed, keeping in mind, as this crisis has shown, that local governments are at the frontline of their implementation.

In 2045, cities and metropolises can expect a world where they have proper recognition on a scale at which most rights can be ensured and implemented. This does not mean that they will replace states in global discussions, rather that they will have more than one (often symbolic) seat at those debates, a new voice, and a relevant vote on the decisions taken. By 2045 we can also expect bigger, more functional and more diversified spaces where cities and regions can share their needs, opportunities, expertise, as well as their challenges. These spaces should have the objective of coming up with collaborative answers adapted to local needs, and the capacities to achieve global goals.

A substantial structural shift would be a more feminized multilateralism, in which the other 50% of the population is fully integrated into the decision-making process. The structural shift of multilateral institutions should also include adjustments to increase their recognition as valid institutions among citizens, designing structures that allow them to partially share the legitimacy that local governments have among their citizens. This structural shift cannot be achieved from inside multilateral institutions alone. The collaboration and interest of local and regional governments are crucial to achieving this goal, and to do so, global agendas will need to be incorporated into local plans and strategies.

The video of the full session is available here: 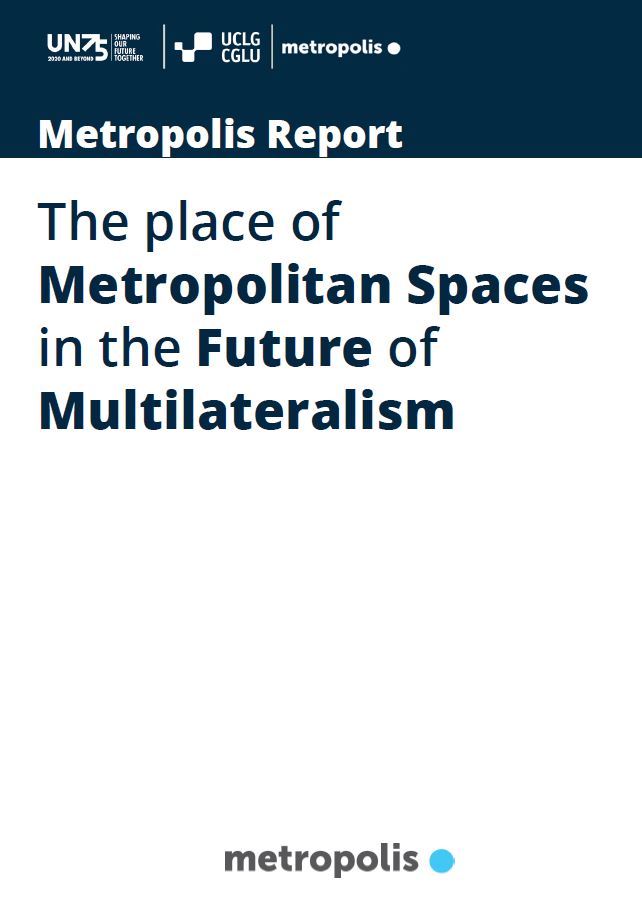