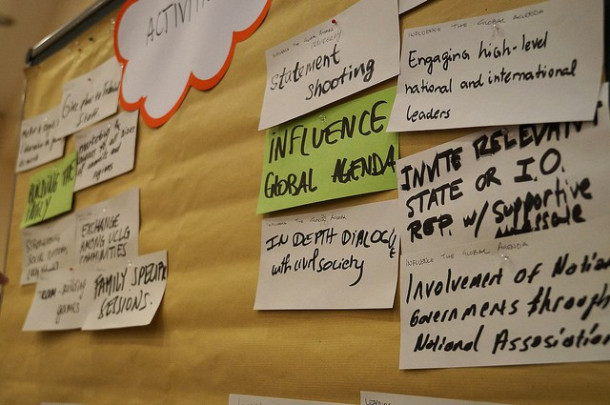 Metropolis strengthens perspectives for Metropolitan governance at the UCLG Retreat

Metropolis, acting as a founding member and Metropolitan section, was present at the retreat organised by United Cities and Local Governments (UCLG) in Barcelona from 15 to 19 February, represented by Secretary General Felip Roca.

This retreat, held each year, brings together different parts of the network of cities and local governments and, for one week, works to improve collaboration and synergies in order to achieve the goals established by the political leaders in the organisation.

At one of the debate sessions, Felip Roca stressed the need to strengthen the perspectives for metropolitan governance and highlighted that the impact of cities and metropolitan areas goes beyond their own space and can have a positive or negative effect on the territory around them. This is why, he added, the metropolitan approach must reflect the real situation and be sensitive to the cities and towns nearby, with which they have to resolve their shared territorial challenges.

Taking advantage of the 80 participants from 23 countries on all continents, Felip Roca had the chance to forge closer bonds with representatives from cities that are members of Metropolis, specifically those from Guangzhou, Bogota and Berlin, as well as representatives from other associations in the network, such as FLACMA, UCLG Africa, NORAM, MEWA and CEMR.

At the retreat, the city of Guangzhou, which is one of the most active members of Metropolis, presented the latest edition of the international Guangzhou Award for Urban Innovation and the challenges of its Urban Innovation Community, which are consolidating the city's position as a centre of excellence in this field. The Guangzhou Award is given out biannually and aims to recognise and reward innovative city initiatives that improve the wellbeing of residents, as well as stimulating innovation in public policy, public projects, business models and good practices.