Metropolis and the Guangzhou Foreign Affairs Office signed an Agreement on 15 July 2021. The official signing ceremony was held virtually between the new Regional Secretary for the Asia Pacific region, Zhan Decun, and Secretary General Octavi de la Varga. The historic three-year Memorandum of Understanding (MOU) with Guangzhou focuses on expanding Metropolis’ mission and strengthening our Strategic Action Plan worldwide for the 2021-2023 period.

As one of the planet’s 33 megacities (a city with at least 10 million inhabitants), Guangzhou embodies the metropolisation process—a phenomenon that is taking place worldwide and is unprecedented in the history of humanity. It is a city noted for its rich and colourful history and culture; as one of China’s central cities, it's also an international trade and commercial centre and integrated transportation hub. With a 2.36 trillion-yuan gross regional product in 2019, the city is one of the most open, prosperous and market-oriented metropolitan areas in China, serving a population of more than 22 million. During its 2,200 years of history, Guangzhou was a stop on the ancient Maritime Silk Road, was home to Lingnan culture as well as China's modern revolution, and stands at the forefront of Chinese reform and opening-up. In 2016, Guangzhou topped the list on the UNDP’s Human Development Index out of all the cities on the Chinese mainland.

This agreement is part of Metropolis’ Alliances with its Granting Members, which are alliances with Metropolis members supported by one of our member cities. Under this type of alliance, Guangzhou and Metropolis will contribute to one of the primary and fundamental missions of Metropolis over the course of three years, in order to fulfil the objectives of deploying the Metropolis Strategic Action Plan 2021-2023: to connect policymakers, practitioners, civil servants, and political leaders worldwide, in order to improve the way in which major cities address local and global challenges. 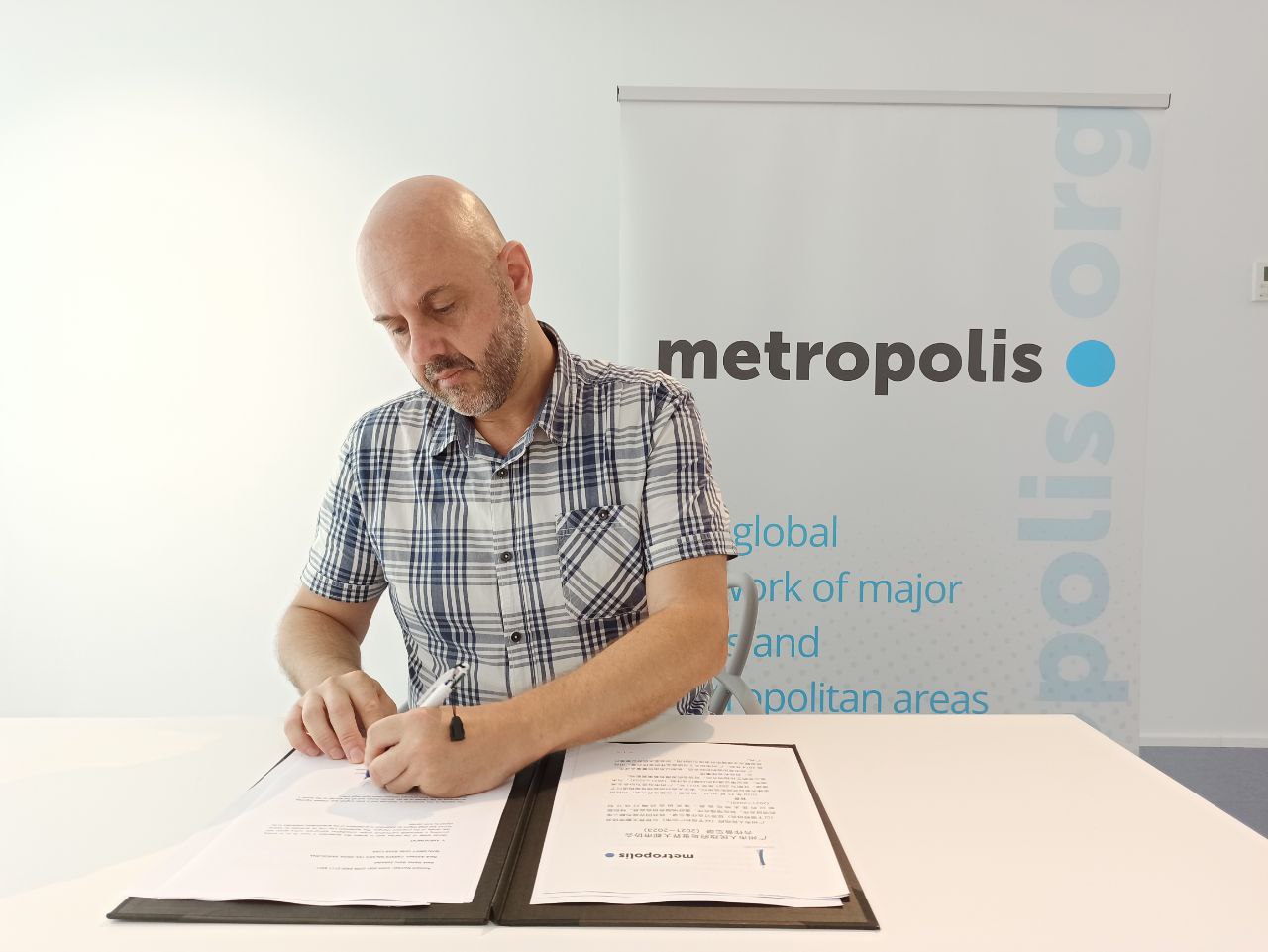 As Regional Secretariat for the Asia Pacific region, Guangzhou is committed to boosting its leadership and supporting the running of the Metropolis Secretariat General, with the goal of leaving a profound legacy based on the city’s strategic priorities and the abovementioned Strategic Action Plan, so as to better serve and benefit members of Metropolis, especially members in the Asian Pacific region.