Metropolis at the ICLEI World Congress

Between last June 19 and 22, Montréal hosted the ICLEI World Congress, with the theme “ICLEI in the Urban Era”. The Metropolis Secretary General actively participated in this event, which was an opportunity for our association to start defining a joint strategy with one of the most relevant and long-standing worldwide networks of local governments for sustainability.

Every three years, ICLEI holds its World Congress to showcase how local and regional governments are advancing sustainable urban development worldwide. It is also an opportunity for connecting with their peers and strategic partners, providing them with a platform for discussions that will inform and enhance their work. “The ICLEI World Congress took place exactly one year after and at the same venue of the XII Metropolis World Congress. This coincidence is just a symbolic sign of many other intersections Metropolis and ICLEI could take more advantage of “, noted Octavi upon his return from Montréal. Currently, almost one third of Metropolis members are also members of ICLEI, while sustainability is a core subject in the current Metropolis vision.

Our Secretary General participated as a speaker in a session about local government networks driving coordinated local action for climate friendly cities. Gino Van Begin, ICLEI Secretary General, chaired the panel, which counted as well on the interventions of the Jenny Gerbasi, Deputy Mayor of the City of Winnipeg and President of the Federation of Canadian Municipalities, David Miller, C40 Ambassador for Inclusive Climate Actions, and Emilia Saiz, Secretary General of UCLG. The discussions and exchanges focused on the kind of actions that networks are implementing and the partnerships that cities and global networks of local governments are developing regarding climate action.

Octavi de la Varga highlighted the work carried out so far by Metropolis in the line of urban diplomacy and metropolitan advocacy, mentioning the Montréal Declaration on Metropolitan Areas (2015), which fosters metropolitan cooperation for sustainable urban development, and the Montréal Declaration that resulted from the XII Metropolis World Congress, which counted with the support of ICLEI and UCLG, and where sustainability and climate actions commitments are highlighted as fundamental pillars. In our line to strengthen capacities for metropolitan governance, our Secretary General emphasized the activities of the pilot project MEGA (Metropolis Energy GovernAnce), which promotes exchanges among our members about initiatives towards a low carbon society, building on the results of a previous initiative, ClimateMetropole+.

The congress counted on the attendance of representatives from 26 Metropolis members that are also members of ICLEI, and was concluded with the approval of the Montréal Commitment and Strategic Vision 2018 – 2024, which provides guidelines towards the delivery of the global sustainable development agenda.

Finally, Octavi de la Varga seized the trip to Montréal to hold his first bilateral meeting with the new Mayor of Montréal and Co-president of Metropolis, Valérie Plante. She demonstrated high interest in the upcoming activities of our association, especially regarding our commitment to acknowledge the efforts of female leaders in the promotion of fairer and more inclusive metropolises. 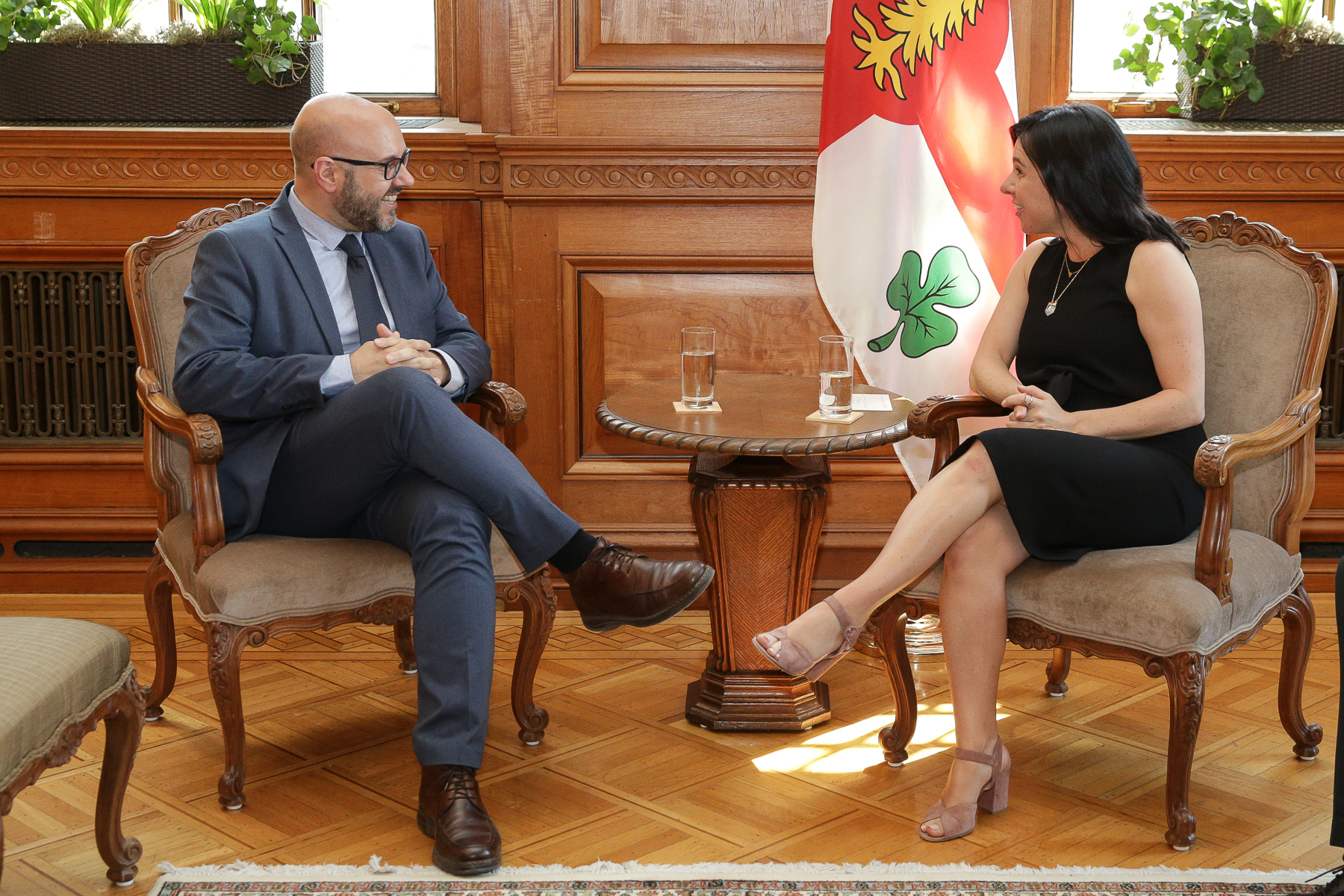