The urbanization in Asia and Africa is unprecedented.  By 2030 over half of population in Asia is expected to live in urban areas, which equates to about 2.8 billion urban inhabitants in Asia. Similarly, by 2035 more than half of African population will live in urban areas. By 1975, ten years before Metropolis was created, there were only three Mega Cities. By 2030, UN foresees that over 41 Mega Cities will coexist in the world and the majority of these Mega Cities will be in Asia. Metropolis currently have 14 member cities qualifying mega cities in population criteria. Since 2005 Metropolis has actively engaged with Asia Pacific region, where the association currently has over 40 percent of its member cities and partner institutions.  Regional Secretariat of Guangzhou leads the active engagements and participation of Metropolis in the region and representation of the region globally.

World Cities Summit (WCS) in Singapore is one of the largest gatherings of city stakeholders from all over the world, including city leaders, mayors, city managers, academics, practitioners and private organizations. This year, the biannual WCS focused on liveable and sustainable cities with Innovation at the forefront of the urban communities. Over 125 mayors and city leaders representing cities from 63 countries and regions from around the world gathered at the summit, to discuss the global challenges for the cities and explore opportunities for governments, civic societies, institutions and private sectors to work together in solving the current and future problems of cities.

The WCS 2016 was jointly organized by Singapore’s Centre for Liveable Cities and Urban Redevelopment Authority and Metropolis is one of the institutional partners on the WCS since its first edition in 2010. Over 25 Metropolis city members and partner institutions attended the WCS 2016 in Singapore and the association was represented by a large delegation of member cities from Asia, the Senior Advisor Mr Sunil Dubey and its International Manager, Ms Agnes Bickart.  Mr Dubey was an invited speaker for a session on Mega Cities and participant in Urban Innovation and Governance sessions. 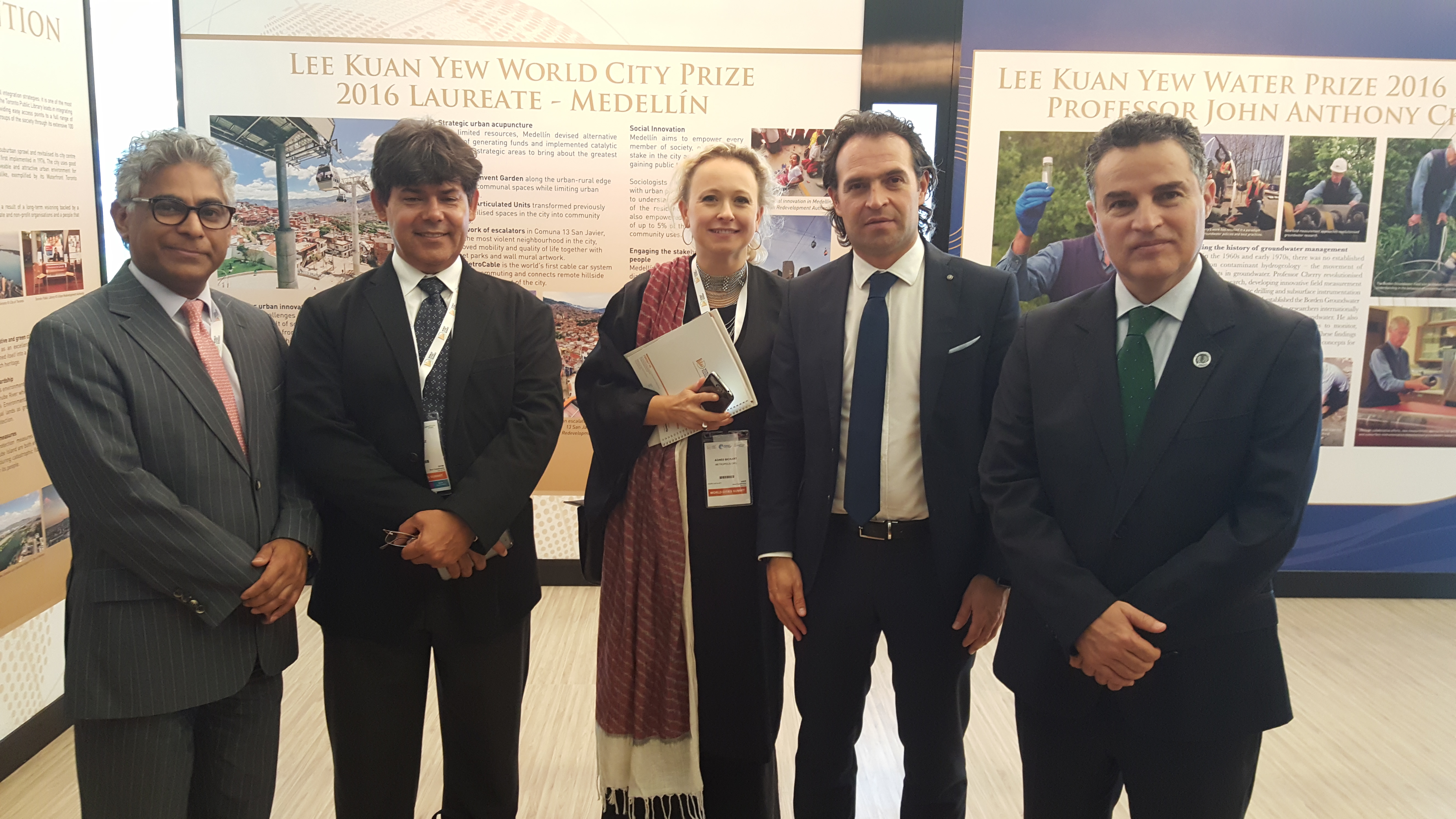 During the summit, the city of Medellin was acknowledged for the prestigious Lee Kuan Yew World City Prize 2016 for its outstanding transformation from a notoriously violent city to one that is being held up as a model for urban innovation within span of just two decades. In his speech, Medellin’s director of planning Mr Jorge Alberto Perez declared that “Medellin and its inhabitants needed strong ideas to reshape their city; it is not possible to solve informalities with formal procedures, so Medellin found new ways to address its urban challenges”.

Furthermore, the Metropolis delegation engaged with global cities actors, keynote speakers, institutions and business organizations to promote the Urban Innovation Community, the Policy transfer platform, the new edition of the Guangzhou Awards 2016 and the forthcoming programs and engagements of Metropolis during UCLG Congress in Bogota, the Habitat III summit in Quito and the 2017 World Congress of Metropolis in Montreal.

Finally, Managing Director of the World Cities Summit, Mr Larry Ng, highlighted the “greater genesis of synergies and collaborative efforts between private companies, international organizations and government agencies at WCS”. Also remarked that: “the combination of technology and social and governance innovation will form the foundation of the resilient, liveable and sustainable cities needed to address the challenge of rapid urbanization in Asia and beyond”.