Metropolis at the 5th Mayoral Forum on Human Mobility, Migration and Development

On 8 December 2018, over 150 mayors and city leaders from across the globe gathered in Marrakech to participate in the 5th Mayoral Forum on Human Mobility, Migration and Development. Taking place during UN Migration Week, this year’s Mayoral Forum focused on “City Leadership in Implementing the UN Global Compacts”, and Metropolis was represented by Ms. Valérie Plante, Mayor of Montréal and Metropolis Co-President for Mobility and Migration.

The forum saw the adoption of the Marrakech Mayoral Declaration “Cities Working Together for Migrants and Refugees”, and marked the beginning of a series of actions that ended the 17 December, when the Declaration was presented to the United Nations General Assembly Adoption of the Global Compact on Refugees.  Prior to that, the Declaration was also presented to the Intergovernmental Conference to Adopt the Global Compact for Safe, Orderly and Regular Migration in Marrakesh the 10-11 December 2018.

The Marrakech Mayoral Declaration calls for the full and formal recognition of the role of local authorities in the implementation, follow-up and review of both Global Compacts, recalling that they are at the forefront of managing the impact of migration as well as the promotion of inclusive, safe and sustainable societies, as migration remains primarily an urban and local phenomenon. As Ms. Plante recalled to the UN member states representatives “Local governments are not only instances that react to migration flows and implement measures enacted by other levels of government. They are your partners”. 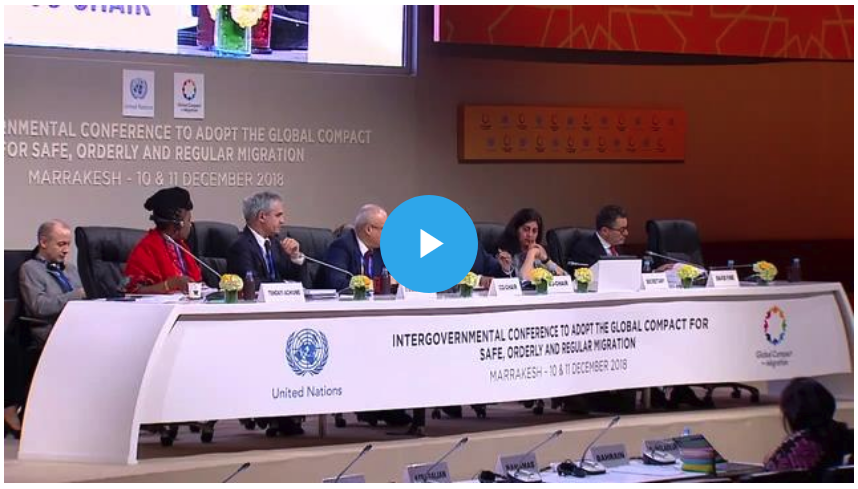 You can see here the full intervention of Ms. Valérie Plante, Mayor of Montréal and Metropolis Co-President. (time: 1h22’45’’)

This year’s forum saw the organization of various sessions of open dialogue and exchange which centered the debates on the vital role played by local and regional authorities in the protection and assistance of both refugees and migrants, ranging from advocacy through to reception, assistance, enabling socio-economic inclusion and fostering social cohesion on the ground. Debates also tackled on the partnerships between local authorities and the private sector and other actors in the search for pragmatic and innovative solutions, while also shedding the lights upon how local authorities expanded their diplomatic efforts by putting forward common positions during the development of both Global Compacts.

The 5th Mayoral Forum was co-organized by United Cities and Local Governments (UCLG), the Open Society Foundations (OSF), the International Organization for Migration (IOM), the Global Knowledge Partnership on Migration and Development (KNOMAD) of the World Bank, the UN Institute for Training and Research (UNITAR) and the government of Morocco, with the participation of the UN International Children's Emergency Fund (UNICEF), the UN Refugee Agency (UNHCR), UN Human Settlements Programme (UN-Habitat), and Cities Alliance. 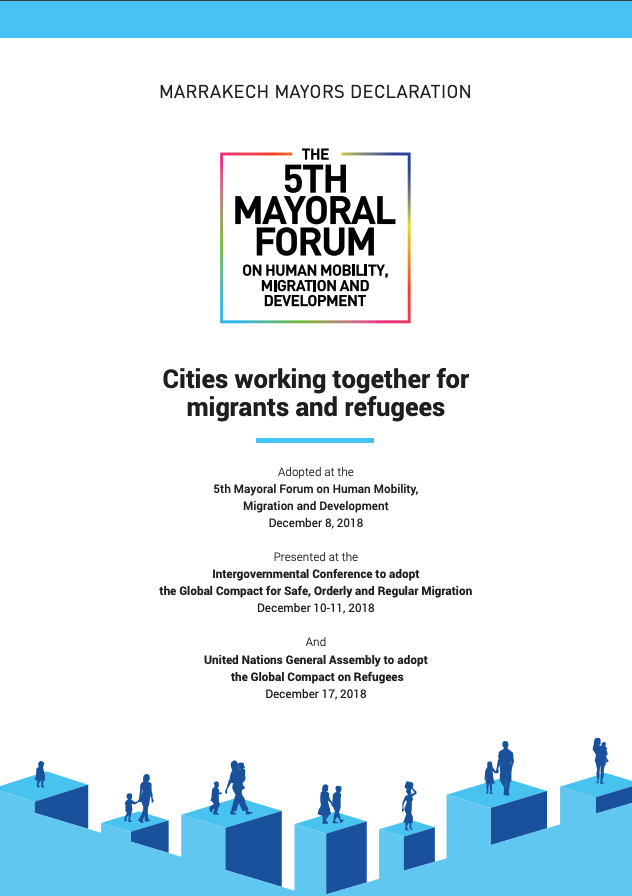 Cities working together for migrants and refugees
Referenced alliances