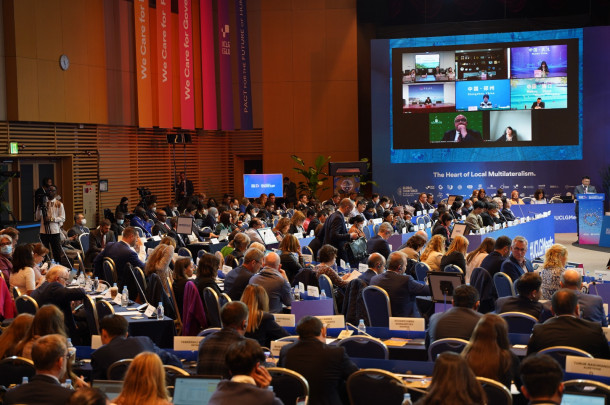 Local and Regional Governments Breaking through as One

The aim of the 7th UCLG World Congress is embodied in its theme: Local and Regional Governments Breaking through as One. Held in October in Daejon, Republic of Korea, representatives from local and regional governments around the world communed to discuss people, planet, and government. These three axes form the basis of the major outcome of the Congress, the Pact for the Future of Humanity.

If it sounds like an ambitious plan, it’s because it is. The plan stretches across the three aforementioned axes while placing care at its centre. The attending one thousand representatives from 140 countries are harnessing their collective action to make a difference. With the results of the UN Emissions Gap Report coming out last week, the pact isn’t a moment too soon. According to the report, only “an urgent system-wide transformation can deliver the enormous cuts needed to limit greenhouse gas emissions by 2030.”

At the beginning of the COVID-19 pandemic, there was promise that we would meet these goals. Dramatic emissions reductions in those early months of the pandemic provided a glimpse of what could be accomplished. Despite the incontestably undesirable circumstances, it revealed that change is possible. Two years on, much of that climate optimism and motivation has dissipated. If we are to cut emissions by the required 45% in order to get on track to 1.5°C and avoid global catastrophe, the time for collective, multilateral action is now. Widescale collaboration isn’t optional. It’s necessary to ensure our common future.

There are many universal development agendas and human rights instruments currently in place. UCLG and Metropolis members are already redoubling their efforts to deliver their commitments to the Sustainable Development Goals, the 2030 Agenda, the Paris Agreement, and the New Urban Agenda in line with human rights treaties. Through this Pact for the Future, our joint membership restates our commitment to the power of collective action, empowerment, shared ownership, cocreation, and international cooperation and solidarity: the very cornerstones of harmonious and sustainable societies. 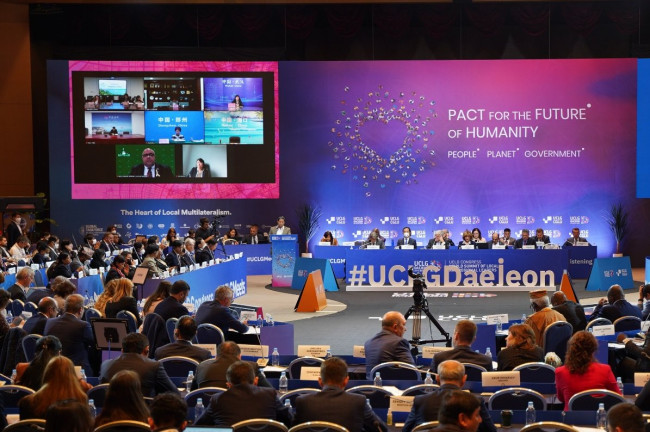 Citizens are increasingly calling for governments to be more inclusive and enact the changes outlined in the global development agendas. Failure to do so only compounds the general growing lack of trust between citizens and the institutions meant to guarantee their rights. The Pact for the Future of Humanity aims to restore that trust. “We, local and regional governments, are closest to the people as their lives are directly influenced by our decisions,” stated Carola Gunnarsson, Mayor of Sala. She continued by declaring that “peace, democracy, gender equality, and inclusion are imperative.” The Pact builds on the notion that local and regional governments have a critical role as political actors to safeguard communities’ dreams and aspirations while ensuring the needs of current and future generations.

Metropolis contributed to the Pact for the Future through its latest call to action, emphasizing the need to govern with empathy and prioritise the care of people and the planet while equipping ourselves with the metropolitan-scale capacity needed to deal with a future of increasingly frequent and complex emergencies. Placing care at the centre of the three key axes (people, planet, and government) will take a true governance transformation. The Pact outlines a plan to create this paradigm shift all the way down to fundamentally changing how we measure success. For example, the Pact intends to replace GDP with universal quality of life as the essential metric. This approach to governance is greatly informed by UCLG’s longstanding experience in seeking peace, reconciliation, feminism, and justice should be at the heart of its policies.

These three axes will be the guiding force at UCLG debates, advocacy, research, and capacity-building throughout the year. To further ensure that the pact is acted on, the development of a monitoring framework is underway to be sure its implementation is measured and that the Pact’s effects extend beyond words.

One of the primary goals of the Pact is to connect the systems of cities with their surrounding hinterlands. Urban populations only surpassed more than half of the global population in 2007. Fifteen years on and the idea still persists that urban areas are in opposition to more natural rural areas. However, when closely examined, they actually are in cooperation with one another. The functional boundaries of cities greatly extend their borders when energy, food, ecosystems, and mobility patterns are taken into account. This new, larger, and ever-expanding shape is what is known as the metropolis. 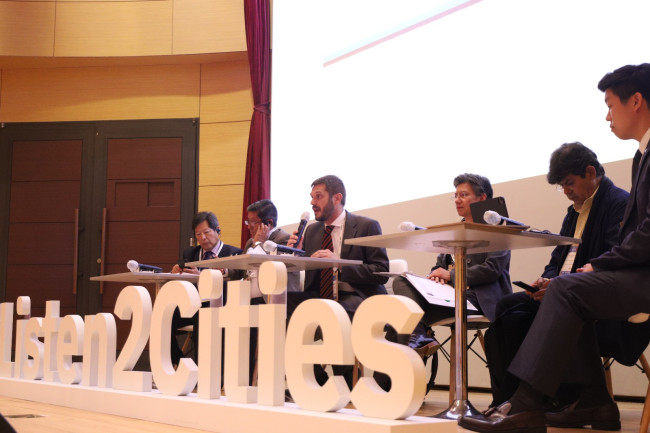 A moment during the session "Beyond the Metropolis", in the framweork of UCLG's World Congress 2022

Zooming further out from the metropolis, other phenomena are observed. Today, the world counts 28 megacities whose populations are over 10 million inhabitants. There are even megaregions in which several metropolitan areas are connected in a territorial network. This growth, interconnectivity, and interdependence present new challenges. The new reality of territorial development necessitates a fresh governance framework to support it. This is where regions have a strong role to play. Their flexibility to work at different scales, long-term strategic planning, and budget to delegate make them the ideal intermediate level of government to take action.

Rural populations are driven to surrounding cities by the promise of opportunity. The majority of this urban growth is set to happen in Africa and Asia, specifically China, India, and Nigeria. Lagos has grown exponentially since 1970 and it doesn’t appear to be stopping anytime soon. In that time the population has shot up from 1.4 million to 21 million today. If those numbers don’t demonstrate the megacity’s importance, the economy does. The city generates over 25% of Nigeria’s gross domestic product. In other words, one quarter of the entire country’s economy is generated from this megacity demonstrating the power and influence of megacities.

Across the world, in the Indian state of Gujarat, Ahmedabad is a fast-growing city of over 8 million people. The city has long been a leader in their region. It was the first city in South Asia to implement a heat action plan. In 2013, the city implemented thai plan to deal with the deadly heatwaves becoming more prevalent in India. More recently, just this year they released their climate change and environment action plan. The plan addresses the impact of  climate change on the city’s environment. It works across difference levels of government to offer solutions in the areas of transport, energy, agriculture, forest and waste management.

History shows the importance of strong links between different levels of government. Through Pact for the Future of Humanity, UCLG affirms that local and regional governments embrace their critical role and responsibility in promoting a more equitable and sustainable quality of life for citizens and communities alike, protecting their rights to global and local common goods while protecting the planet for future generations. Ultimately, megacities and regions have the same challenges any city has – only at a massive, concentrated scale. But with this scale also comes possibility. Their size is also their greatest asset. City leaders can make the most of this density and the new collaboration and innovation that comes with it.