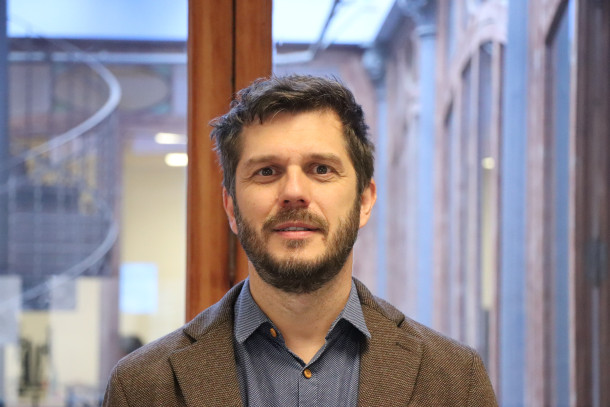 On the 16th of April, Jordi Vaquer took on the role of Secretary General of Metropolis, the global network of large cities and metropolitan areas, becoming the seventh to lead the organisation throughout its more than 35 years of history.

The climate emergency, accelerated urban growth, social and gender inequalities, the digital revolution, or the vulnerabilities revealed by the pandemic are examples of the multitude of challenges that large cities around the world are facing. More than 140 local and metropolitan governments across five continents work together within Metropolis to share solutions to those challenges and make the most of new opportunities. In the coming years, Jordi Vaquer will lead the network’s Secretariat General.

After a long professional career in international relations within Public Administration, applied research, academia, and non-profit organisations, Vaquer takes on this responsibility replacing Octavi de la Varga, who successfully restructured the Secretariat General in depth during the years he was at the helm.

“Metropolitan spaces gather a growing proportion of the worldwide population and economy. They face global challenges, and the problems of communities and people that good local governance must tackle. Nevertheless, the planning, governance, and management of these intimately interconnected spaces are often hindered by administrative borders, jurisdiction clashes, the lack of a shared strategic vision, individual interests, and the exclusion of the experiences and preferences of women and marginalised social groups. Hence the local, but also international, relevance of the metropolitan scale in inclusive governance and planning. Metropolis is a unique global player where key metropolitan governance agents can share experiences, look for solutions, and raise their voice within the international arena,” states Vaquer.

After being the Director for Foresight and Analysis at Open Society Foundations, an international philanthropic organisation working on human rights, civil liberties, and democracy, Vaquer advances the key goals of his new chapter at the head of the Metropolis project: to analyse future challenges and opportunities for metropolises; offer solutions and models to respond to planning and management challenges; expand membership and alliances; diversify sources of funding; bring the metropolitan voice into large global discussions; and maintain a focus on effectiveness and transparency.

With a PhD in International Relations from the London School of Economics, before working at Open Society Foundations, Jordi Vaquer was the director of CIDOB, the Barcelona Centre for International Affairs, one of Southern Europe’s leading international relations think tanks. Before that, he worked at the Department of International Relations of the Government of Catalonia (Spain). He is an Associate Professor at IBEI, the Institut Barcelona d’Estudis Internacionals, where he has been teaching for more than a decade. He was also a columnist for the Spanish newspaper El País (2011-2014), and often offers media commentary on international affairs.

“Large cities and metropolitan spaces are key arenas for all the challenges humanity faces. At Metropolis, we will work relentlessly so that the voice, action, and cooperation of their authorities lead to tangible impacts and to gender and social equality, so desperately needed by both the planet and their inhabitants,” concludes Vaquer.