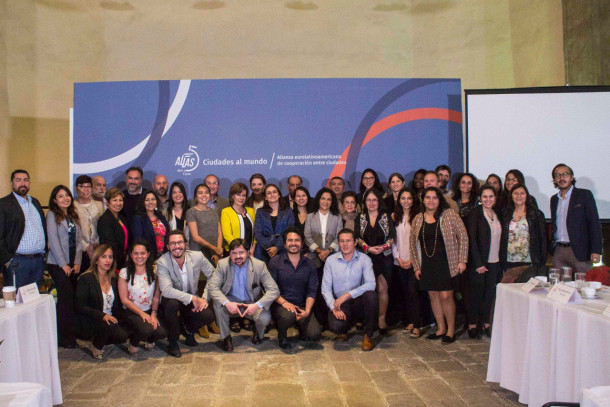 The irreversible internationalization of local governments

Alianza Euro latinoamericana de Cooperación entre Ciudades (AL-LAs) held a seminar in Ciudad de México last 26th, 27th and 28th of September in celebration for its fifth anniversary of existence and uninterrupted work. The seminar consisted in reflecting on the steps towards internationalization they have taken and the orientations that should be developed or stimulated in the future, and it was together with the alliance partners, local governments networks, experts and academics. The seminar’s center of attention was the local governments grouping for international action, along with their undeniable achievements, and the questions it may rise. Metropolis’ General Secretary has participated in the event in representation of our association.

The base for the discussions has been:

In his expositions, Octavi de la Varga noted the importance and need of understanding the international action of local governments just like another local public policy, and as a consequence, the impact it ought to have. He also claimed lots of latin-american members of AL-LAS to also be Metropolis members (Belo Horizonte, Ciudad de México, Madrid, Medellín, Minas Gerais, Montevideo y Quito). Furthermore, he challenged AL-LAS to transfer all of the gathered knowledge and experiences to other regions through Metropolis and UCLG.

AL-LAS fifth anniversary celebration closed with a round table about the international action of Ciudad de México, where both the book and the “Ciudad de México Global” declaration were presented.