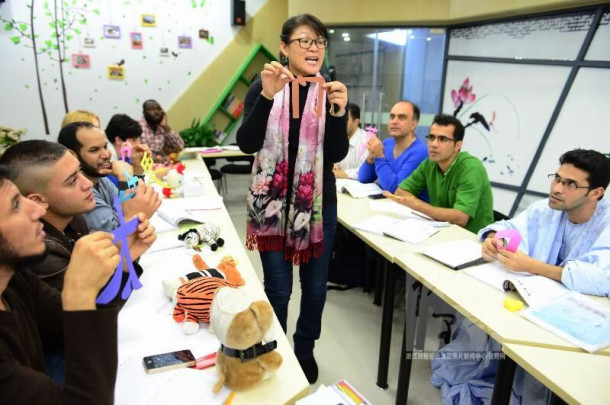 As a wholesale consumer goods and e-commerce hub, Yiwu has seen an influx of foreign businesspeople, which it hopes to integrate into the city by offering foreign resident ID cards, setting up an international trade dispute center, and organizing community centers where foreigners and locals can experience each other’s culture.

In an era of increasing xenophobia, Yiwu has taken the opposite tack and welcomes foreign immigrants with open arms. The commercial hub - the world’s largest wholesale market of consumer goods with exports to over 200 countries - receives 500,000 foreign businesspeople annually with 13,000 residing in Yiwu.

In 2016, the city initiated a suite of services to ease the transition of businesspeople navigating life in a foreign city. Yiwu started China’s first-ever foreign business mediation center, where foreign nationals can resolve disputes between their fellow citizens. Yiwu took this approach under the theory that nationals of one country are most familiar with their country’s customs and mores. Thus, while local judicial officials will step in if there is any serious violation of the law, the mediation clinic attempts to resolve basic disputes internally without escalating matters.

Second, Yiwu has pursued a “one-stop shop” model for both international trade inspections and foreigners’ access to government services. Those services, such as education for children and healthcare, are easily accessed. Although national citizenship is often the determining criterion for eligibility to receive services, Yiwu issues a foreign merchant ID card that gives foreign residents equivalent services to Chinese nationals living in Yiwu.

“In one word we have tried to let the foreign friends come to our city and stay in our city easily and they can have a good comfortable life in our city,” Duo said.

Yiwu’s efforts support SDG10 by reducing inequality between foreign and local residents and SDG16 by promoting positive international relations in a globalizing city.