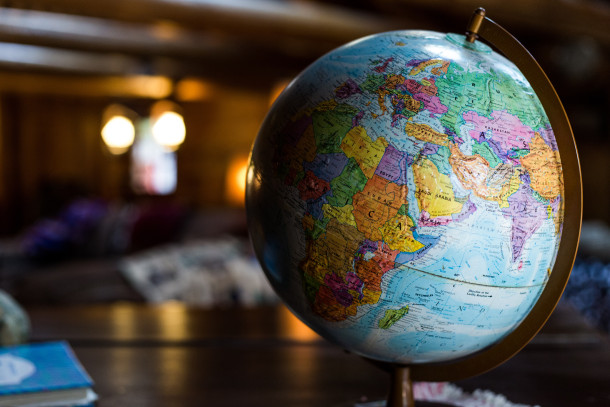 In a globalised world, cities and metropolitan areas increasingly need to exchange knowledge and experiences on how to meet the challenges posed by growing urbanisation and rising inequality. In the context of the Covid-19 pandemic, these needs to exchange knowledge have increased in the search for solutions and successful experiences from other parts of the world. On 25 February, the third and final webinar of the cycle on internationalisation was organised by Metropolis, together with the AL-Las Project, to discuss the legitimacy of international action and debate why internationalisation needs to be public policy.

No one expected the pandemic, and it has highlighted the need for increased exchanges between local governments—after all, they are the ones who really have to address the challenges people face and provide quick solutions. However, in order for international cooperation to become public policy—as addressed during the webinar, which was attended by almost 40 people, mostly from Africa, North America and Europe—a series of commitments are required at both an institutional and political level, requirements that many local governments do not always meet.

“What is the recipe for success in internationalisation?”, began Santiago Betancur, co-author of Issue Paper 9 and member of the AL-Las Project, to open the webinar. Betancur went on to add that, “planning, monitoring, communication and evaluation” are key for international action to have an impact on other local government policies.

“Connectivity and access to exchanges are key elements for the internationalisation of a city”, Rahmatouca Sow

Dakar, the capital of Senegal that was established more than 100 years ago, has always had a vocation as an ‘open city'’. The main drivers behind internationalisation in Dakar have been city diplomacy and collaboration agreements at an institutional and financial level.

“Connectivity and access to exchanges are key elements for the internationalisation of a city”, stated Rahmatouca Sow, Deputy Chief of Cabinet at the City of Dakar and Political and International Affairs Advisor at UCLG Africa.

However, Rahmatouca acknowledged that the West African city still has room to improve in terms of strategy, because “we do not see cooperation as a public policy, mainly due to the legal and institutional framework.”

To conclude her presentation, Sow insisted on the importance of solidarity between cities through twinning, to encourage for city diplomacy.

The session moderator, Mariana Flores Mayen, Executive Director for Institutional Representation at the International Relations department of Mexico City, highlighted that Dakar and Mexico City are similar: they take advantage of their status as capital cities for international influence. She added that city networks are an excellent tool to facilitate the exchange of good practices and knowledge.

The most pressing challenges that Nouakchott is facing due to its geographical location are climate change and rapid urbanisation. That is why its strategy is based on two main axes: on decentralised cooperation and partnerships with cities in Europe for capacity building exchange and on seeking external funding to address the effects of climate change.

Finally, Fatimetou Boukhreiss, Director of Cooperation for the CUN, stressed the importance of international networks that allow Nouakchott to extend its reach at an international level.

Given the current global situation, Mariana Flores took the opportunity to pose a question to both speakers: “To what extent has international action helped improve the Covid-19 crisis?”

On the one hand, for the Dakar representative the trends show more individualism than solidarity. On the other hand, the city of Guangzhou sent thousands of masks to the inhabitants of the city of Dakar via the Chinese embassy.

In Nouakchott, on the other hand, although there was no sense of internationalisation at the beginning of the pandemic, actions were carried out later to tackle the pandemic and improve the quality of life of the population. For example, thanks to the partnership with the Île-de-France Region, they received hundreds of thousands of face masks.

To conclude the webinar and bring together the experiences shared by the two invited metropolises, Santiago Betancur shared six suggestions regarding the internationalisation of local governments, keeping in mind the interests, objectives and priorities of the territory from a bottom-up perspective: