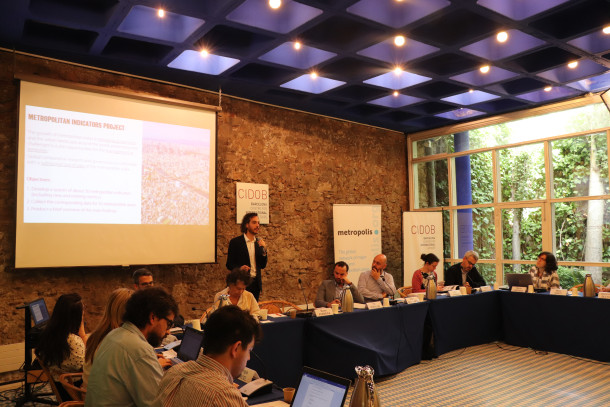 Filling the gap of international databases on metropolitan areas

Public officials came together with academic experts yesterday in Barcelona for the official unveiling of the metropolitan indicators, the backbone of the Metropolis Observatory

Resulting from a pioneering comparative research on 69 Metropolis members, the 38 metropolitan indicators unleash new empirical insights, comparable across jurisdictions, about metropolitan realities across the world. The presentation of the indicators was part of the programme of the international seminar “Metropolitan policies and indicators of social cohesion”, which also featured panel discussions on metropolitan governance.

The event was hosted by Barcelona-based think tank CIDOB and brought together representatives from Barcelona, Brussels, Gauteng and Montréal, as well as several local think tanks. It kicked-off with the findings of the research conducted for the development of the Metropolitan Indicators, an innovative data gathering and comparison process led by LSE-Cities, from the London School of Economics.

The presentation led to the conclusion that availability of data is an incredibly important tool for successful and sustainable public policy, but government actors need to understand its context in order to effectively put it to use in ever-changing metropolitan spaces. Nuno da Cruz, Research Fellow at LSE-Cities, who led the research, presented the details of the work conducted during 2018, which combined desk research and consultation with international observatories, local and regional authorities, NGOs and associations. Da Cruz said that, if properly used, data at the metropolitan level can be crucial in drafting public policies, provided that government actors are trained in its analysis. He also warned that comparisons need to properly placed within their own regional and local context.

Following Da Cruz’s presentation, three panel discussions were held, with the first concerning metropolitan policies aimed at improving quality of life. Dr Julia De Kadt’s, Senior Researcher of the Gauteng City Region Observatory, introduced GCRO’s quality of life survey, which provides an holistic assessment of life in the Gauteng City-region not just looking at Gross Domestic Product, or Value Add, or similar economic measures, but including the values and attitudes of citizens, their socio-economic circumstances, attitudes to service delivery, psycho-social attitudes, and so on. She thus proved that data can often be useful to represent citizens’ opinions and not just hard facts (though factual data is very important, too). De Kadt also introduced the concept that data and citizen participation in government are inevitably interlinked. 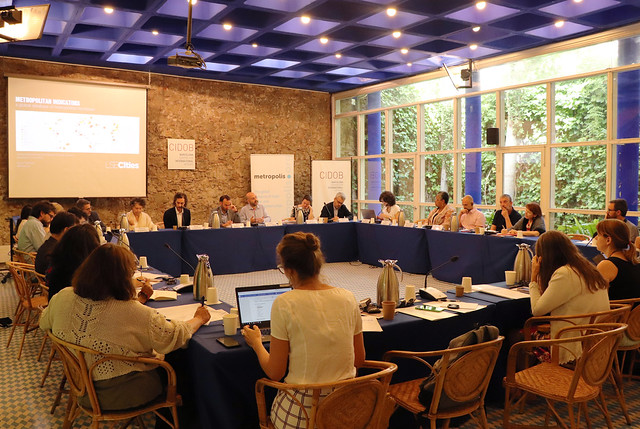 The second panel focused on social cohesion, and was headlined by Ramon Torra, the general manager of the Metropolitan Area of Barcelona (AMB). He brought to light the fact that governance at the metropolitan level is paramount in promoting social integration, as city governments by themselves are often unable to do so. As an example, Mr Torra outlined the AMB’s projects that create public spaces to connect previously separated areas with different socio-economic characteristics, such as parks and cycling paths that enable citizens to safely cross the boundaries set by highways. This perfectly exemplified a concern common to all attendees, that of finding appropriate forms of governance to manage increasing metropolization.

The AMB’s policies somewhat paralleled those presented by Philippe Piéreuse, the Director of Urban Renewal for Brussels, who closed the third panel of the seminar by presenting the solutions to tackle social cohesion issues of the Brussels Capital Region. Of particular interest was the metropolitan spaces’ focus on playgrounds and sports facilities as a way to engage and occupy disadvantaged youth from the earliest ages. Before him, Dominique Ollivier, President of the Office of Public Consultation of Montréal, impressed the panel with her outline of the distinctive solution to ensuring the involvement of Montrealer citizens in development projects. Said Office is unique in its independence from both the city and its citizens, but exists to collect the latter’s suggestions and opposition to both projects on public and private land. It is rather effective as the city usually follows its recommendations.

Overall, three underlying trends came off as particularly salient throughout the day:

The seminar featured, as well, interventions from Pol Morillas, Eva Garcia and Agustí Fernandez de Losada from CIDOB, Maria Cortada from Barcelona’s Strategic Metropolitan Plan (PEMB), Marc Tataret from the Metropolitan Observatory for Social Sustainability at the Catalonia-Europe Foundation , Sergio Porcel and Marc Martí from the Institute of Regional and Metropolitan Studies for Barcelona, the sociologist Marina Subirats, as well as Silvia Llorente, Eugeni Villalbí and Octavi de la Varga from the Metropolis Secretariat General.