Statistics expect the urban population to double, from 3.45 billion to 7 billion inhabitants, in the next forty years. Ninety-five per cent of urban development will take place in the developing world and 75% of the urban population will live in metropolitan areas. Against this backdrop, the metropolis development process will be truly put to the test and exchanges between different metropolitan governments will play a decisive role in rolling out effective metropolitan governance models.

The Montréal Thematic Meeting on Metropolitan Areas was selected as one of the theme-based and regional meetings to help prepare Habitat III, the Third United Nations Conference on Housing and Sustainable Urban Development, to be held in Quito in October 2016.

Organised at the initiative of the Montréal Metropolitan Community (CMM), it marked the only Habitat III preparatory meeting in Canada and the United States.

It sought to foster intense discussion over the importance held by metropolitan areas in meeting future economic, social, cultural and environmental challenges. To this end, the Montréal Metropolitan Community and its president Mayor Coderre encouraged debate and deliberation between the 450 participants hailing from 50 countries, 100 cities and 200 organisations over the two days of the conference. It should be noted that the conference participants included 50 UN Member State representatives, 150 local government representatives, including 46 local elected officials, and 200 civil society representatives.

Metropolis, UCLG as well as RAMA, the Network of Metropolitan Areas of the Americas presided by Montréal, actively participated in discussions on the declaration.

The newly appointed Secretary-General of Metropolis, Felip Roca, was invited by Mayor Coderre to take part therein as a speaker during the second dialogue session “Strengthening Metropolitan Coordination Mechanisms”, held on Tuesday 6 October. Rovena Negreiros, Regional Secretary for Latin America and the Caribbean, also took part in this session. The conference also saw the involvement of Edgardo Bilsky, UCLG World Secretariat representative, as a rapporteur for one of the dialogue sessions.

During this mission, Felip Roca and Agnès Bickart from the Secretariat General of Metropolis, held several bilateral meetings with representatives from member cities and other international organisations with headquarters in Montréal.

The Montréal Thematic Conference provided the opportunity to submit a draft declaration for discussion. The Montréal Declaration on Metropolitan Areas aims to acknowledge the significant contribution made by metropolitan areas to achieving sustainable development goals and, in particular, to coordinating initiatives in the areas of transport, land use planning and the environment.

“Metropolitan areas must be at the heart of the new urban agenda and together we will decide what message we wish to deliver in Quito next year.”

The main challenge facing the Montréal Declaration on Metropolitan Areas is including metropolises in the global urban development agenda. In fact, given the diversity intrinsic to an organisation that is neither universal in its forms, nor in its nature and its functions, the responsibility lies with Metropolis to bring together metropolises and to ensure they are accepted as full partners in urban development and are not perceived as a threat. The Montréal Declaration therefore aims to strengthen the call for better integration of metropolises in the Final Declaration of the Habitat III Summit and to reinforce their role thanks to alliances and partnerships that metropolises will build upon over the next twenty years and within which Metropolis will play a part as a key platform for metropolitan collaboration. 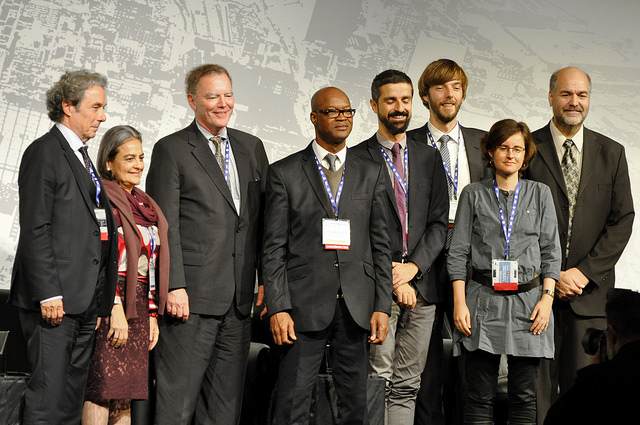 For further information on the upcoming thematic meetings that shall lay the groundwork for Habitat III, please see the UN Habitat website.

To take part in the conference on metropolis financing, to be held in Mexico City in March 2016, please see: http://habitat3.cuenca.gob.ec/en/node/5

To see the 2014 Metropolis collaboration project report, launched by the State of São Paulo from 2012 to 2014, on partnership mechanisms and the financing of metropolitan areas, please click here

To see GOLD III, the Third Report of the Global Observatory on Local Democracy and Decentralisation, which aims to support the Global Local Government Agenda, please click here. The fourth edition is underway for Habitat III.

To follow the progress of this declaration in the coming months, please see the CMM website: http://cmm.qc.ca/

For further information on the upcoming thematic meetings that shall lay the groundwork for Habitat III, please see the UN Habitat website: http://unhabitat.org/habitat-iii-conference/