Last Monday a conference was held in Brussels to present the Metropolis Observatory’s fourth issue paper: “Egalitarian metropolitan spaces”. The paper was written by Ana Falú, the coordinator of UN Habitat's Gender Hub, and sparks a debate on how public policies need to incorporate a gender perspective on a metropolitan scale.

After the inaugural speeches the author presented the issue paper, which was followed by an interesting dialogue between Ana Falú and Laura Pérez, who spoke about the need to continue merging urban policies with gender policies. While discussing the issue paper, they pointed out the added value of incorporating a gender perspective across global agendas, as this is "not just as a tool to analyse urban policies from a gender perspective, but goes one step further and tries to bring this perspective to a wider scale across metropolitan spaces". In addition, Laura made it clear that this perspective cannot be incorporated from any one department, and must instead be fully mainstreamed so that it is part of absolutely every metropolitan policy, building truly “intersectional policies”.

One of the round tables held during the event was set up so that Metropolis members could present and share their experiences in creating urban projects with a gender perspective. Representatives from Barcelona City Council, the Government of Brussels-Capital, the Municipality of Montevideo and the Greater Municipality of Amman all presented case studies. Each project showed a different aspect involved in implementing policies with a gender perspective:

The presentations given by Metropolis members were further enriched by contributions from experts from very different backgrounds. On the one hand, the event was attended by Cities Alliance representative Laura Lima. On the other hand, Soon-Young Yoon, president of WEDO (Women's Environment and Development Organization) offered a perspective from an international women's organisation. Lucile Biarrotte, who holds a PhD in urban planning from Lab'Urba at The University of Paris-Est, offered an academic perspective. Last but not least, a multi-faceted point of view was provided by Holliki Voolma, member of the gender equality group at the Court of Justice of the European Union. This round table featured four recurrent and cross-cutting aspects: creating a data bank; cross-cutting work between different departments via trained staff and therefore implicitly offering training to teams; and finally making a budget commitment so that these policies can be properly executed.

The conference was brought to a close by Valeri Rajkovcevic, Cabinet Adviser to the Secretary of State for Equal Opportunities in the Brussels-Capital Region, and Metropolis Secretary General Octavi de la Varga, who reiterated the association's commitment to promoting fairer and more inclusive metropolises by incorporating a gender perspective in public policies.

The publication “Egalitarian metropolitan spaces”, along with the three previous issue papers published by the Metropolis Observatory, can be downloaded from our library, where you can also find other publications produced by member cities.

The Metropolis Observatory project is run by the Metropolitan Area of Barcelona (AMB), and focuses on discussions about the phenomenon of metropolisation around the world, drawing links with how global agendas are implemented. Its main objective is to offer reference points for metropolitan cities in terms of the need to include a metropolitan perspective in urban governance. 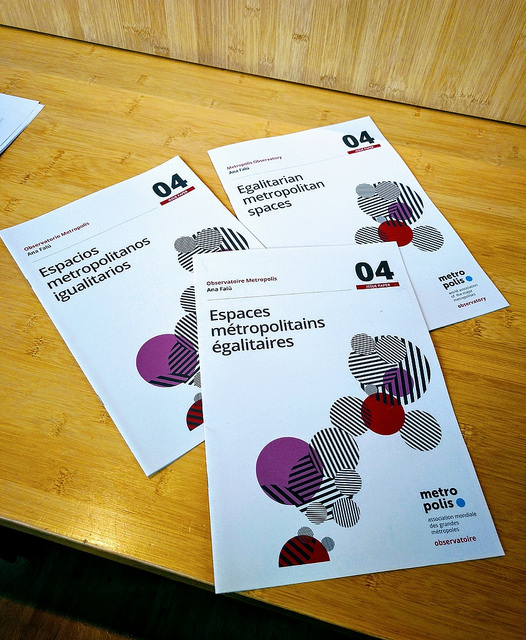