On the 4th edition of the City Managers Days, Metropolis members and experts agreed that metropolitan areas should address at present the challenges that the digital revolution poses.

Managers and directors of data and digitalization areas of local and metropolitan governments from around the globe met in Barcelona this November to debate on the fast digitalization process of metropolitan spaces during the 4th edition of City Managers Days, organized by Metropolis with the support of Metropolitan Area of Barcelona (AMB). Among the different perspectives debated, city managers and invited experts agreed that metropolitan areas should address at present the challenges that the digital revolution poses and explore the role of information in urban environments.

The explosion of digital information lived these past decades has entailed drastic changes for our societies. Digital technologies in all sectors are creating new growth opportunities in our fast-developing urban areas. Banking without banks, custom-made services in real-time, transportation without transit and more, all enable new ways to create, share, use and access data. However, the Data Era also brings brand new challenges and questions: in the face of the digital revolution, how can local governments obtain sufficient resources to canalize this revolution in favor of its citizens? How can digital transformations reinforce democracy and citizen participation? How can they guarantee the digital sovereignty of data?

In order to discuss these issues in-depth, Metropolis organized this 2-day event with diverse activities in different venues to grant the possibility for a stronger interaction and creation of synergies between the participants.

The activities started with a meeting of the city managers organized by the Barcelona City Council to discuss about equal opportunities, the 2030 Agenda, and the green economy. This meeting counted on representatives from the governments of AMB, Athens, Barcelona City Council, Bologna, Dallas, Quito, and Ramallah. 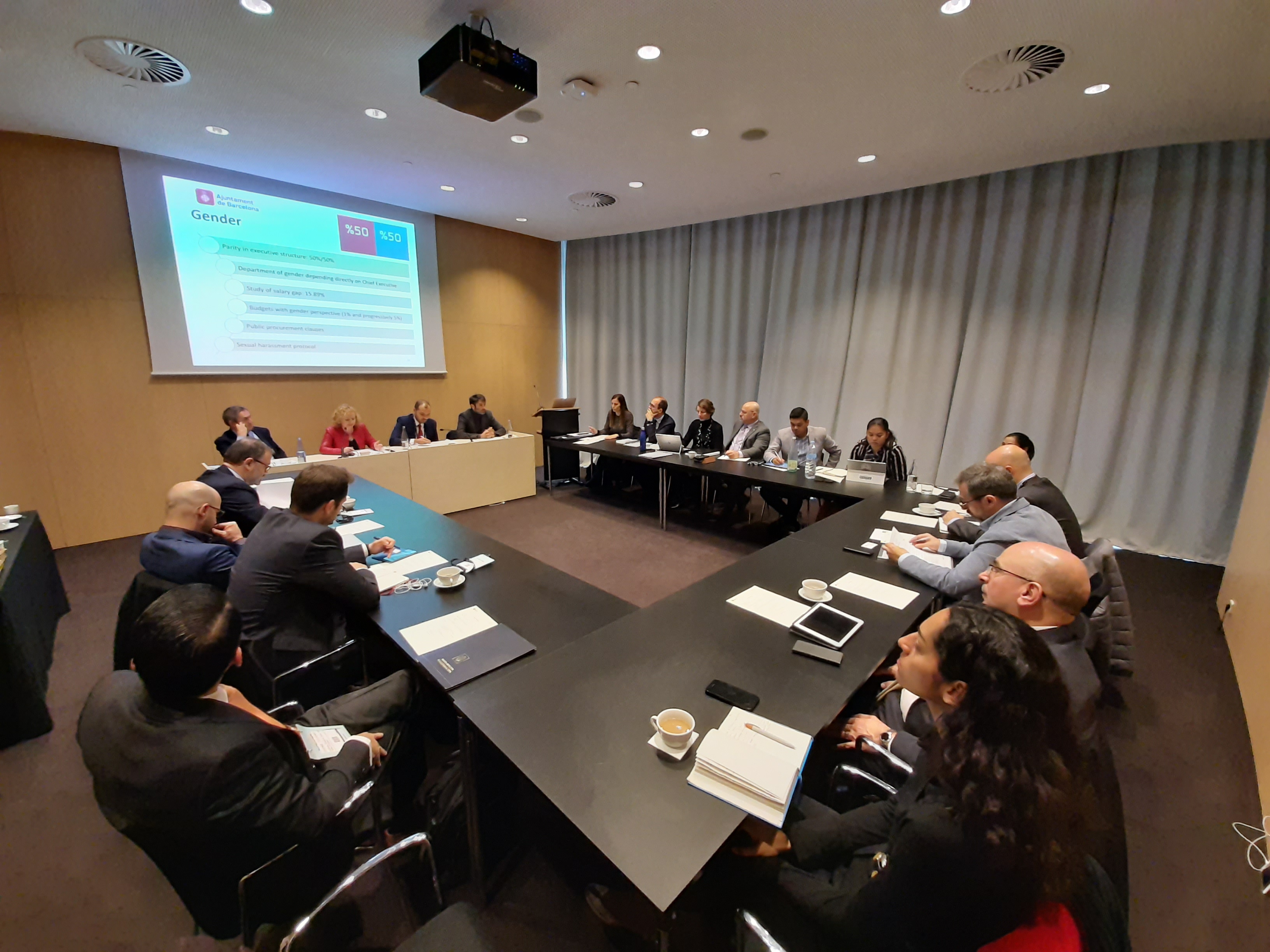 The meeting was followed by a side-event in the framework of the Smart City Expo World Congress, titled the “Digitalization of Metropolitan Spaces”, which also served as the occasion to present the 8th issue paper of the Metropolis Observatory collection: “The digital transformation of metropolises”.

The author of the publication, Mr. Luis Bettencourt – director at the Mansueto Institute for Urban Innovation at the University of Chicago ­– reviewed several dimensions of this process: the urban ecosystem as a focal point of mega data generation; the need to go beyond the concept of ‘smart’ cities; the challenges and opportunities of digitalization related to capacity building and multistakeholder coordination; the gender digital gap; and the data, security and privacy dimension.

The presentation of Cities Coalition for Digital Rights by Mr. Michael Donaldson – the commissioner of Digital Innovation, Electronic Administration and Good Governance in Barcelona’s City Council – followed thereafter to shed some light on the concept of digital rights. Finally, the day ended with a roundtable debate with representatives from Brussels, La Paz, Lisbon, Ramallah, and São Paulo, presenting cases on how their governments had leveraged or used digitalization to collect data, test policies or create solutions to manage challenges. 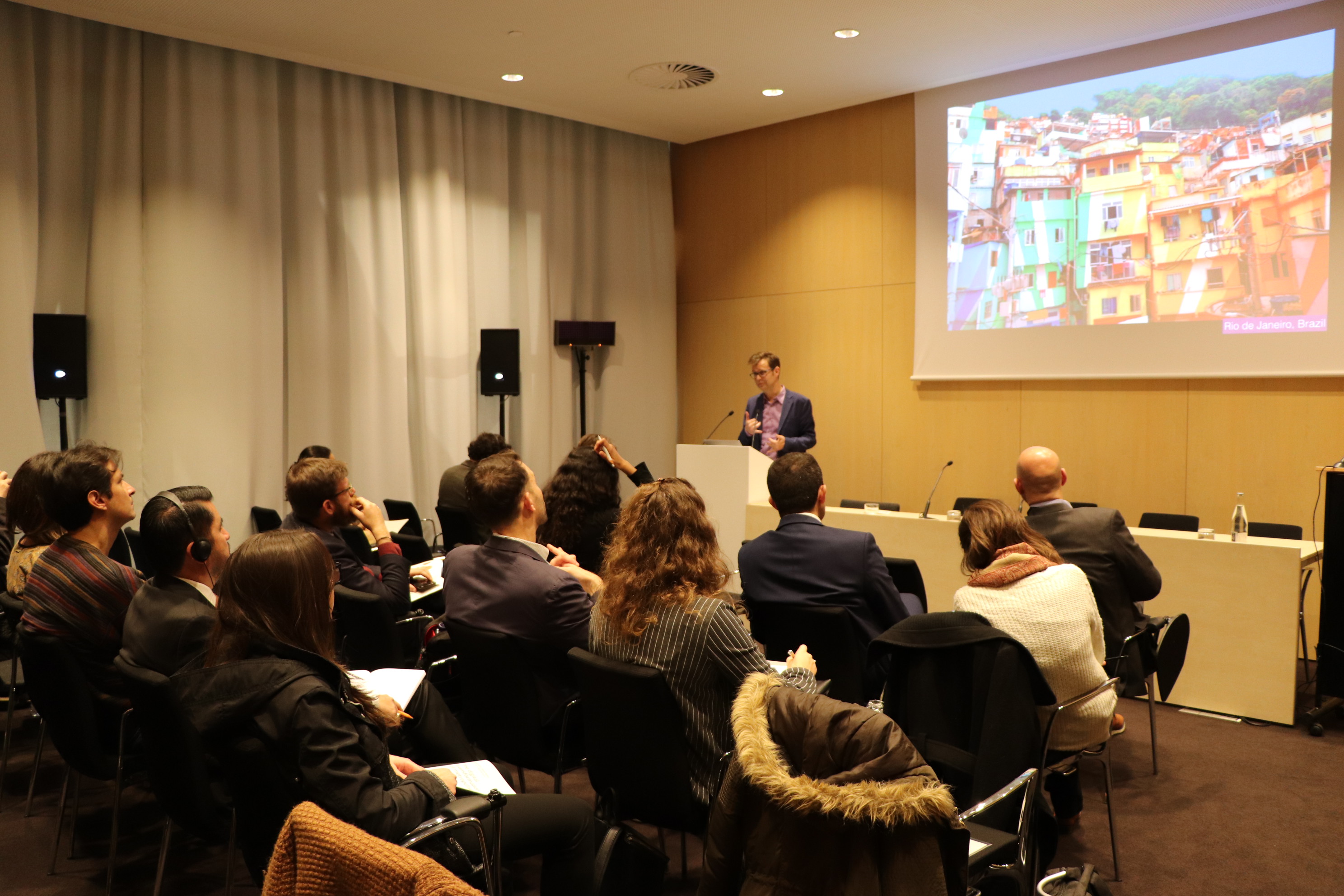 The event continued on November 21st at the Metropolis headquarters, where the “City Managers Community” session took place moderated by Mr. Alexander Heichlinger, expert from the European Institute of Public Administration (EIPA). This event counted on maximum attendance, with the participation of up to 13 managers and directors of digitalization areas from local and metropolitan governments from throughout the globe, namely: AMB, Barcelona, Bologna, Brussels, Dallas, La Paz, Lisbon, Montevideo, Montréal, Quito, Ramallah, São Paulo and Seoul. The session involved a cooperative brainstorming of solutions to face three concrete challenges the digital transformation brings: challenges on conceiving new ways of working and management, challenges on infrastructure changes related to security, cooperation and interoperability and finally, challenges on the digital divide that affects social cohesion and equality.

The event concluded with field trips visits to Ca l’Alier – the Urban Innovation Centre in the 22@ district which will be the headquarters of the Barcelona Institute of Technology for the Habitat foundation – and to CitiLab, a citizen’s laboratory for social and digital innovation.