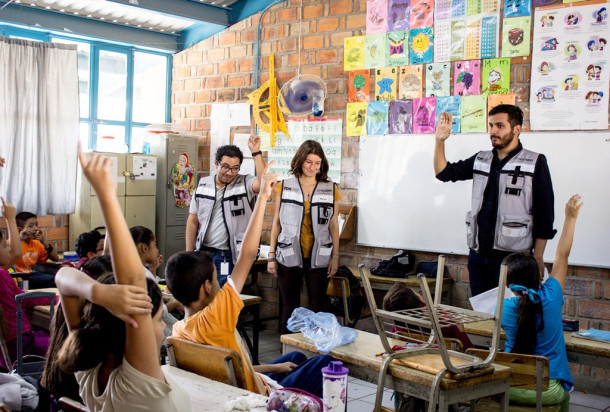 Although coordinated metropolitan planning is uncommon in Latin America, greater Guadalajara established a planning institute and the nine local municipalities agreed on binding land-use legislation after extensive public outreach that engaged residents unfamiliar with the workings of city government.

“Instead of how [planning] has historically been done on a desk by urban planners, architects, and engineers, we decided that the tools that will define the future of the city have to be built with the people that enjoy, suffer, and experience the city every single day - its values and its challenges as well,” said IMEPLAN’s Badi Zárate.

In 2016, IMEPLAN conducted a four-month listening tour through the entire 3,265 square km region. Of residents, the institute asked three basic questions: What do you like about the city? What don’t you like? What are you willing to do for the city? Of experts, the institute convened roundtables on waste management, air quality, urban mobility, and other pressing issues. Finally, for those who could not attend sessions in person, there was also a digital platform.

In the end, IMEPLAN heard from over 3,000 residents, civil society representatives, and academic experts. “People are not used to public participation processes and having the opportunity to decide for the city,” said Zárate. “Their dialogues were based on their very own personal problems in the city, for example the light on my block doesn’t work or the trash wasn’t picked up yesterday - but those do not represent metropolitan matters.”

From its experience in 2016, IMEPLAN learned that asking the same three questions in every community limits the potential feedback that different groups can offer and that it is unrealistic to expect meaningful public participation without educating residents on how city government works. As a result, IMEPLAN unveiled a long-term permanent process for public participation called Ruta 2042, a vision for what greater Guadalajara will be like on its 500th birthday. All large metropolitan decisions and policies now must have a public participation component based on IMEPLAN’s iterative experience.

Ruta 2042-branded vans now drive around the metropolitan region, tailoring their request for input to the communities in which they find themselves, whether urban or agriculture, rich or poor, indigenous or non-indigenous. Such intentional outreach efforts are a conscious approach any city or metropolitan area hoping to engage with the public can do.

“We learned that no matter what we do, if we don’t have raise people’s awareness of their surroundings and the level of discourse they have, it was not going to be fruitful,” Zárate said.