On the eve of the G7 Summit, which is taking place next week (June 8-9) in Charlevoix, Canada,  mayors and representatives of local governments, spokespersons for thousands of cities around the world, address the heads of national governments to raise their awareness about the impacts of their decisions and actions on cities and metropolitan territories.

The G7 (Group of Seven) is an informal grouping of seven of the world’s advanced economies consisting of Canada, France, Germany, Italy, Japan, the United Kingdom, and the United States. The forum offers an opportunity for G7 leaders, ministers and policy makers to come together each year to build consensus and set trends around some of today’s most challenging global issues.


Click on the image below to read the letter signed by Michael Müller, Mayor of Berlin and Acting President of Metropolis, along with the presidencies of other ten networks of local and regional governments. 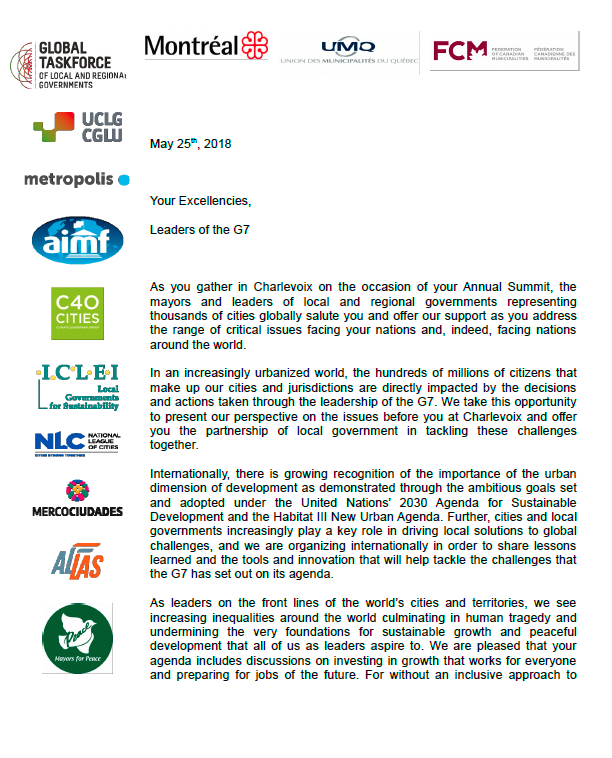