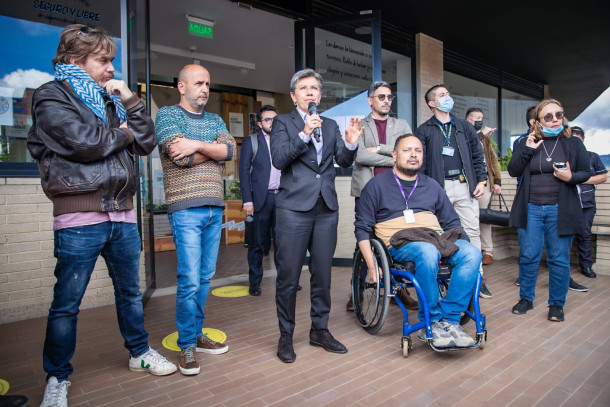 On 14 July 2022, the Mayor of Bogotá Claudia López became President of Metropolis. In this new cycle, she will lead the world's major cities and metropolitan areas towards becoming spaces that prioritise care for persons and the reconciliation between urban and rural areas. This is the first time that a Latin American city has occupied the presidency of the network, and Mayor López is the first woman to hold this position since the creation of Metropolis in 1984.

For Bogotá, the metropolitan focus is more timely than ever. In 2020, the Bogotá-Cundinamarca Metropolitan Region was formally created, addressing a long-standing need for urban management and planning, and allowing the strengthening and implementing of plans and programmes for the development of the region. With a population of over 8 million, Bogotá is inevitably linked to the towns bordering it via the broad web of essential needs of its population, including the management of mobility, health, energy and food resources, and waste. For example, 40% of the food consumed in Bogotá comes from Cundinamarca.

"The forming of the Bogotá-Cundinamarca Metropolitan Region was long overdue to better serve our people and provide better public services." Claudia López

In her first words as President of Metropolis, Claudia López highlighted her commitment to continue the legacy of the previous president, the Mayor of Guangzhou Guo Yonghang, to recover from the effects of the pandemic and strengthen metropolitan governance. López also shared her desire to add three major themes for her term: care for people, care for the planet and care for peace. 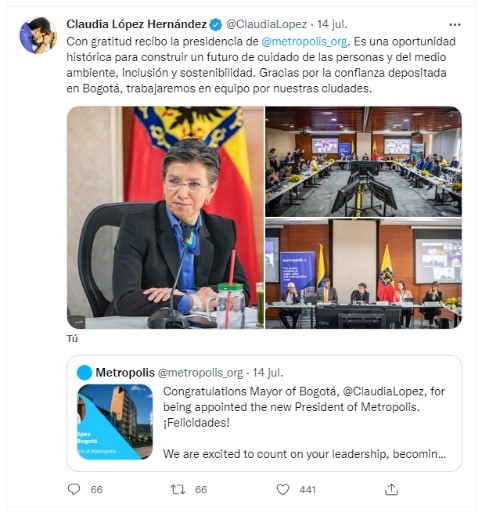 From 13–15 July, tying in with the Board of Directors Meeting of Metropolis, metropolitan representatives from around the world met on different occasions in Bogotá to share their visions and highlight priorities for improving the quality of life of the millions of people living in their territories. One of the milestones of the meeting itself was the launching of the Call to Action of major metropolitan cities against the magnitude of the crises looming over them. Large urban hubs are the breakwater of the major interconnected global crises, emergencies affecting the climate, food, the economy, health, forced migrations, among others. 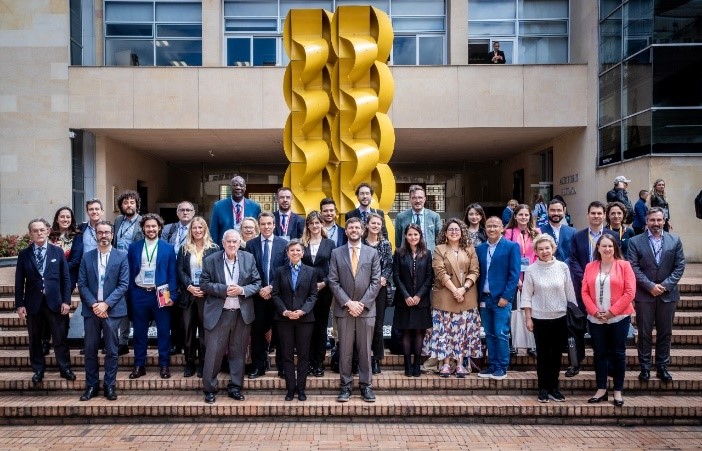 Representatives of Metropolis following the Board of Directors Meeting.

Metropolis embraces a broad range of metropolitan realities and experiences around the world, with diverse coordination schemes among the cities and different historical and sociopolitical backdrops. This metropolitan diversity was a consistent thread throughout the week. The Pan-American Metropolitan Report (in Spanish) was also presented. This report analyses 38 metropolitan indicators in 23 metropolitan areas in South America, Central America, the Caribbean and North America. It compiles the varying realities of the region and focuses on context and governance, economic development, social cohesion, environmental sustainability, and quality of life.

Another highlight of the week was the discussion among representatives from São Paulo, Bogotá, Madrid, Barcelona and Metropolis, moderated by the Secretary General of United Cities and Local Governments Emilia Saiz. The representatives exchanged their experiences and differing realities of governance for meeting the needs of the communities in their cities. According to Jordi Vaquer, who recently took over as the Secretary General of Metropolis, the inhabitants of metropolitan areas are faced on a daily basis with arbitrary borders that are remnants of the past. Fixing this requires a political commitment to rethinking these borders in the face of current challenges.

From mobility from a gender perspective to metropolitan governance, solidarity among cities and the importance of care, below you can listen first-hand to the representatives of the major cities and metropolitan areas of the world about advancing towards fairer, more resilient and more sustainable societies.