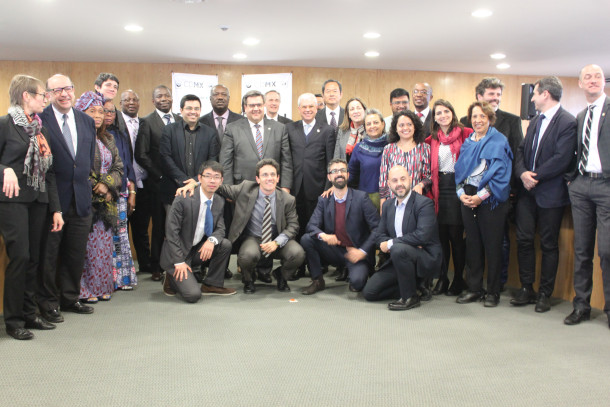 Board of Directors ratifies Denis Coderre as the President of Metropolis

Last March 9th, the first meeting of the Metropolis Board of Directors in 2016 took place in Mexico City, and concluded with the accomplishment of its two main goals: the discussion of the financial status of the association the ratification of the Mayor of Montreal, Mr. Denis Coderre, as the President of Metropolis.

The meeting was organized jointly with the City of Mexico and its Urban Development and Housing Department, in the framework of the thematic meeting "Financing urban development: the millenium challenges" in preparation for the Third United Nations Conference on Housing and Sustainable Urban Development (Habitat III).  During the meeting, Board members stressed that Metropolis needs to strengthen its position as the representative of large cities, develop its own urban agenda in the center of which lies the debate of metropolitan governance, and get involved with drafting the work plan presented by large cities in Habitat III.

During his speech, Mayor Coderre acknowledged the former Secretary-General and the Regional Secretaries for their work, and stressed the importance of progressing in the approach to metropolitan governance. "Our association has the responsibility to exercise leadership in the debate over the identity of the metropolises and the most appropriate strategies and policies to face our common challenges”, he declared.

The Secretary General Felip Roca seized the meeting to introduce the new Executive Director of the Secretariat General, Octavi de la Varga Mas, and reiterate the role of Metropolis as a catalyst of knowledge of largest urbanized areas of the world, from the perspective of metropolitan governance and the relationship between the major cities and the territories in their periphery.

Moreover, the meeting expressed the desire to structure the work of the Secretariat General in symbiosis with the Regional Secretaries (Africa, Asia, Europe, Latin America and the Caribbean and North America Latin) and the Co-presidents of Metropolis.

According to the statutory tradition of Metropolis, this meeting also served to formalize new memberships and resignations. On one hand, two new members officially joined the association: Changsha and East Kalimantan. On the other hand, the Board confirmed the resignation of the Province of Buenos Aires, the governments of the State of Mexico and New South Wales, and the cities of Tirupati, Vijayawada and Vishakhapatnam. As a consequence, Metropolis currently counts on 137 active members.

Furthermore, the Board took the opportunity to discuss the “Living Together” declaration, which will serve as the theme of the Metropolis World Congress in Montreal (2017), the Global Social Economy Forum to be held in Montreal next September, themes of political and fiscal autonomy, and the various challenges to meet the climate change objectives of the COP-21, signed in Paris last December.

The political representatives of Abidjan, Barcelona, ​​Berlin, Dakar, Guangzhou, Johannesburg, Mexico City, Montreal, Santiago, Sao Paulo and Quito accompanied the Presidency in its willingness to work in synergy with other networks of local governments.

Other members of the Board of Directors – Buenos Aires, Hyderabad, Porto Alegre, Seoul, Victoria and President of Metropolis Women – excused their absence and delegated their vote.

The detailed outcomes of this meeting will be disclosed in the full minutes which will be soon uploaded to our website. 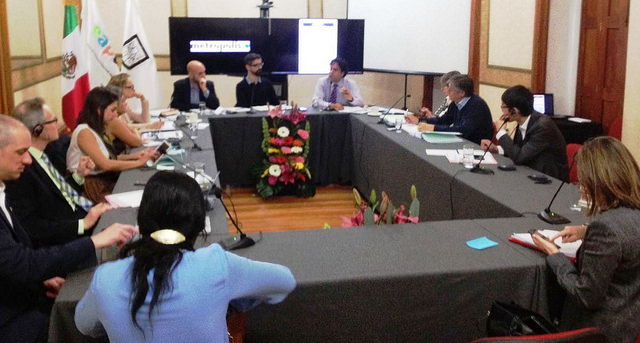